Pointer or Flusher for Pheasant Hunting? 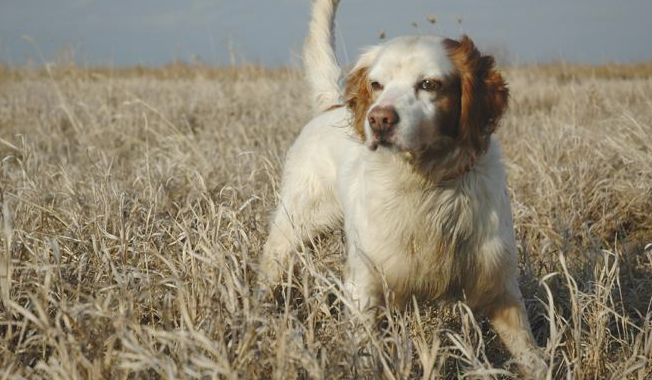 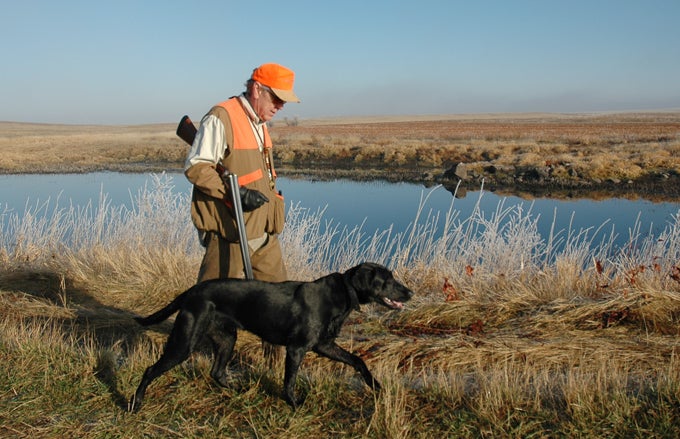 We hunt pheasants in diverse habitat: open prairies, weed-choked feedlots, cattail marshes, brushy shelterbelts … the list goes on. It’s a tall order to expect a dog to adapt to all of these habitats, and no one breed is designed to excel in every pheasant hunting situation.

Still, the bottom-line decision for the American pheasant hunter is, pointing dog or flushing dog? There are pros and cons to both. Let’s take a look at them.

One big plus for the flushing breeds is that they require less training to become useful hunting companions. Give a retriever or spaniel some basic obedience work, introduce it to the gun, and you’re ready to go. The dog still has a lot to learn, obviously, but these lessons will come with experience.

The flushing breeds typically retrieve naturally, too, so that’s another check in their pro column -— especially given the pheasant’s propensity to hit the ground running if your shot isn’t dead-on.

The key issue for flushing dogs is keeping them within range. The e-collar has made training for this easier than ever and once your dog knows the drill, a tap on the “tone” button is often all it takes to enforce a correction.

Flushing dogs shine in tighter, heavier cover such as shelterbelts, marshes, dense switchgrass -— places where you can “send the dog in” while you walk the edges. And their restricted range makes them less likely to trigger that most dreaded of pheasant hunting scenarios: the chain-reaction flush, a.k.a. the “cluster flush” that empties the cover for a half mile in every direction. 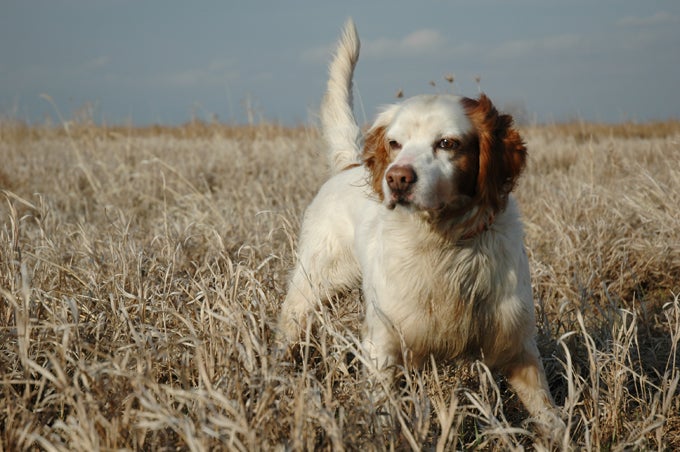 It’s harder to generalize about the pointing breeds, for the simple reason that there’s a huge difference between the swashbuckling way an English pointer goes about its business and the methodical way that, say, a Drahthaar does. Generally speaking, though, a pointing dog will require more training than a flushing dog, and you’re likely to encounter a few more rough patches along the way. There are just more working parts to what a pointing dog does.

Pointing dogs excel in lighter, grass or mixed grass-and-brush cover: CRP, weedy stubbles, the edges of cropfields. The fundamental purpose of a pointing dog is to cast beyond gun range and find birds that you’d be unlikely to find on your own, so when pheasants are scattered a pointer is going to find more birds than a flusher is.

By the same token, when birds are bunched and spooky, a pointer is at more risk of causing a cluster flush.

Many pointing dogs are good natural retrievers, the Continental breeds in particular. All else equal, though, they’re not on par with the flushing breeds in this respect. And with retrieving such a critically important consideration in pheasant hunting, this may be what ultimately tips the scales.

As the most experienced pheasant hunter I know puts it, “If my family would go hungry unless I came home with a limit of pheasants, the dog I’d take would be a flushing retriever.”