Yeah, the recipe name is a mouthful—but the final product is delicious 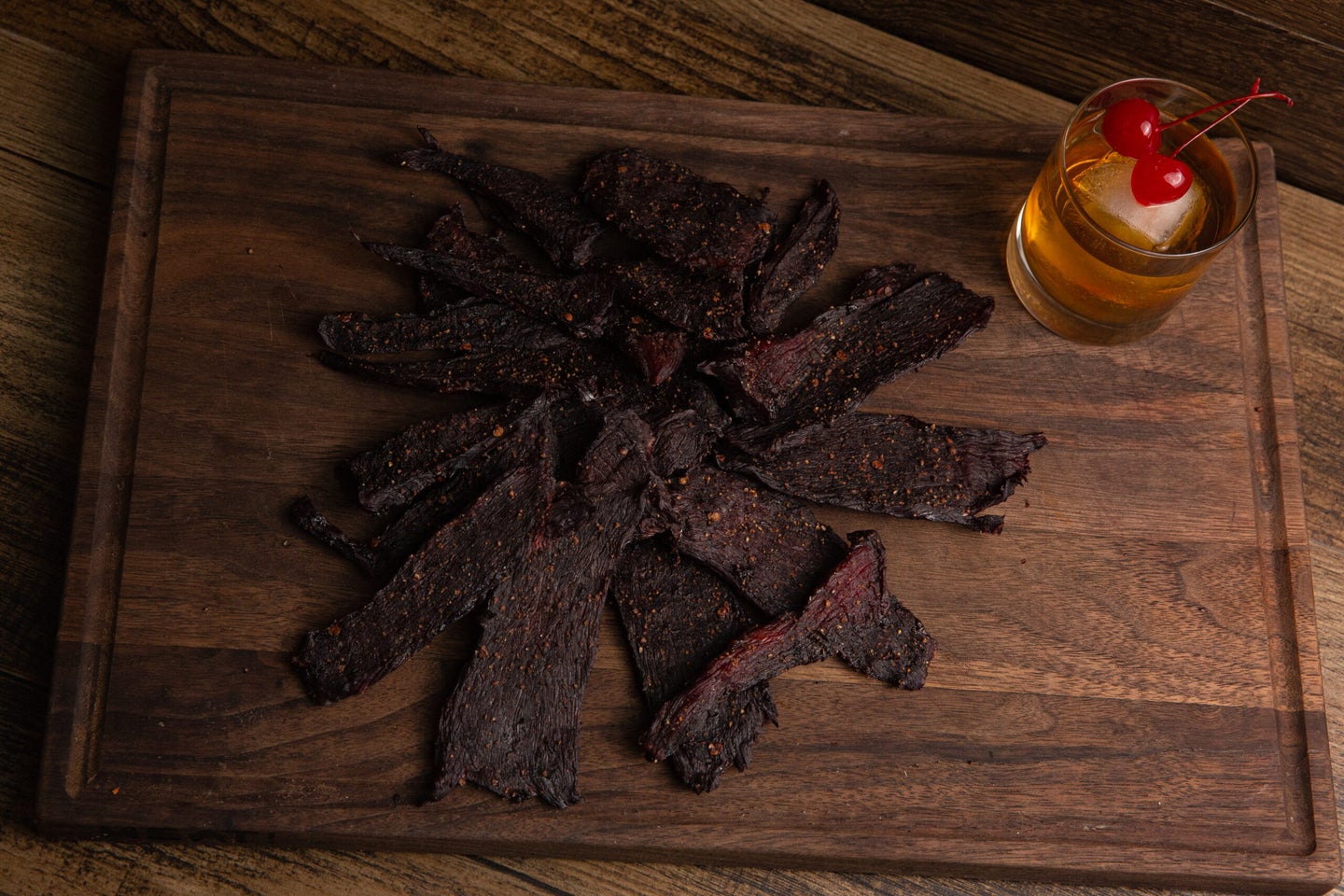 This venison jerky has a kick, so it helps to have a drink nearby. Jack Hennessy
SHARE

Spicy venison fruit snacks might also be an appropriate recipe name, since that is how I’d best classify this jerky. There is some decent spice to this jerky—but it’s not overwhelming. It may, however, be too hot for kids. Also, while the recipe does call for bourbon in the marinade, there is a step for burning off the alcohol. And the bourbon flavor is very subtle, as it should be—far from overpowering.

Before we get into the recipe, here are some general tips when it comes to making jerky: