Fire Up the Chainsaw, Deer Hunters. Now’s the Time to Do These 5 Timber Management Projects 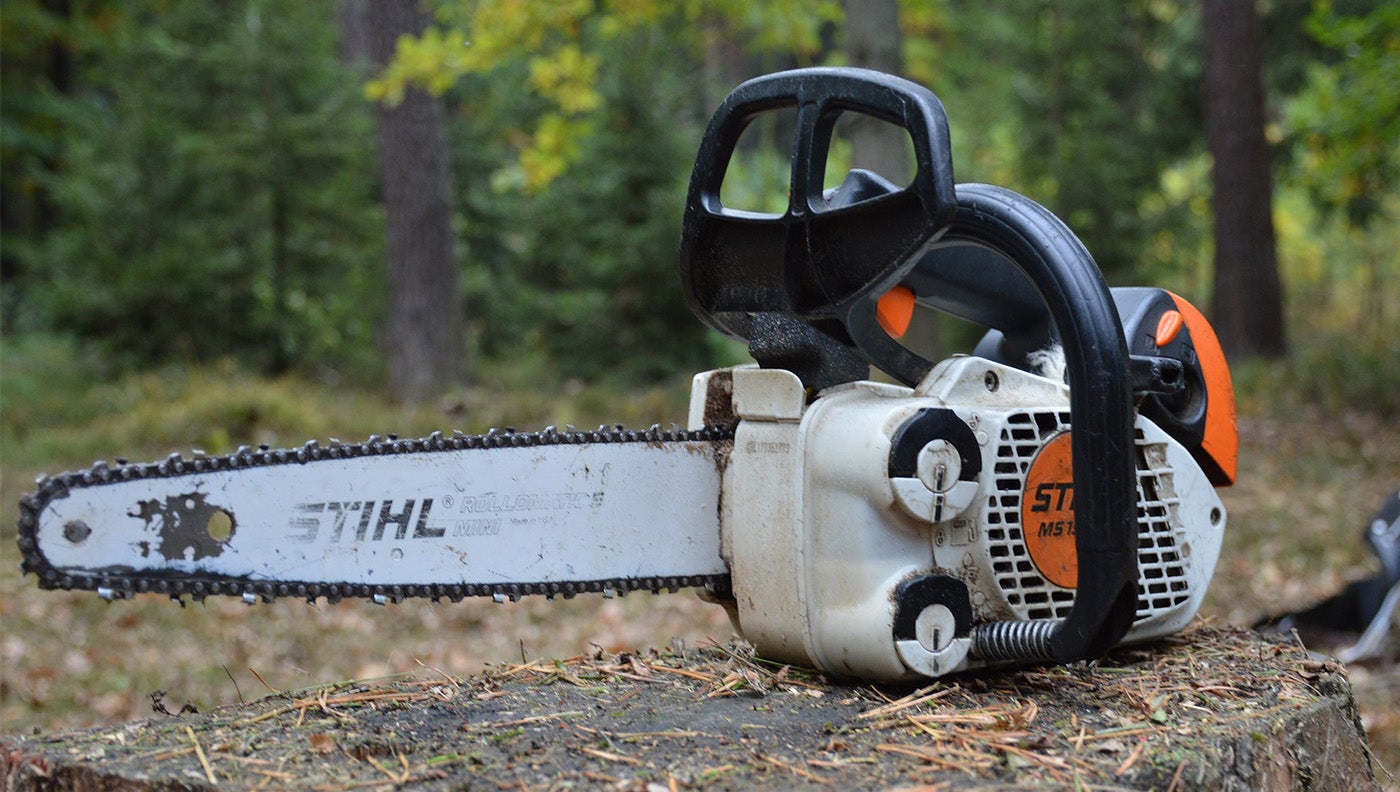 A chainsaw can transform your hunting property for the better. Pixabay
SHARE

Aldo Leopold, the father of modern wildlife management, once said that the two most important tools for the deer manager were the axe and the rifle. If Leopold were alive today, he’d certainly swap out the manual tree-feller for a gas-powered version. And, I suspect, he’d be on board with doing most of the work long before green-up. As in, right now.

Early spring is such an important time of year for serious deer hunters. There’s shed hunting, spring scouting, frost-seeding food plots, and if you’re going to do any timber management, now is undoubtedly the best time. In fact, I just tuned up my saw and sharpened my blades for a flurry of March timber work.

Below are five chainsaw chores that I’ll be tackling in the weeks ahead, and I recommend you do the same. Any one of these chores can help put you on a good buck next fall, but taken together, they can transform you property and boost your success for years to come. One quick but important reminder: Don’t your safety gear. Yeah, wearing chaps and a helmet and goggles can be a pain, but they’re worth it. There’s a reason that logging is one of the most dangerous jobs going, and there are almost no small mistakes when running a saw. So gear up and then get to work. Here’s your to-do list.

1. Hinge-cut your way to big-buck cover.

I’ve been part of a deer lease for the last 11 seasons and have watched a once-productive patch of timber cease to hold deer for much of the year. The culprit? A maturing forest that grows more and more park-like. Now that I’ve had a chat with the landowner and gotten his blessing, I’m going to fix that this month.

With the help of a couple buddies, I plan to first mark sections of low-value trees (in my area this is typically box elder, elm, and ash) and, using a good sharp saw, simply tip them over without cutting completely through the trunk. This not only creates immediate horizontal structure that deer love, it keeps the tree alive (often for several years) and puts young buds and browse down where deer can reach it. Finally, hinge-cutting opens the forest canopy, allowing sunlight to reach brush and saplings that deer relish for food and cover.

When I’m hinge cutting, I like to create a layered and crosshatched effect by dropping trees at different heights and felling them on top of each other. I cut larger trees first, then smaller ones on top of them to make longer-lasting structure that doesn’t collapse on itself. Some really large trees I don’t bother hinge-cutting; I may just fell it completely and use it as a base to drop small trees onto, creating a canopy that a big buck can use as security cover. Finally, I keep stand sites in mind hinge-cutting trees. Whenever possible, I’ll create travel lanes through the jungle I’m creating—lanes that lead within bow range of my stand setups. If it’s not possible to fell trees in a way that creates lanes, you can simply go through after and cut the path you want.

Several areas that my crew and I hinge-cut just a few years ago have already grown into nearly impenetrable security cover that our property’s deer—including some of our best bucks—have quickly adopted as their own. Trust me, it’s worth it.

2. Make bedrooms for your bucks.

When you hinge-cut a general area to improve the cover, as above, some deer are going bound bedding there. And that’s great. But you should also do some pin-point hinge cutting to create or improve specific bedding spots in a strategic way. Many hunting strategies focus on what and where deer eat, but if you also know exactly a buck sleeps, you’ll be even more successful. This is a great time of year to scout for preferred bedding sites—and to up the ante by enhancing that bedding cover. Your chainsaw is the perfect tool for the job, by hinge-cutting a tree or two, or creating a brush pile.

You can take things a step further, too, by creating bedding cover in a strategic spot. In the bluff country I hunt, I know bucks already like to bed ridge ends or small knobs. I also know that I can make the spot doubly attractive by hinge-cutting a couple trees so they form a loose “V”, with the open end of the facing the point. Some guys I know will even take a spade with them and flatten out a spot for the buck, and others will up even spreading straw or hay for additional comfort (don’t laugh, this actually works).

Flatter country won’t feature the obvious ridges and benches, but remember, elevation is all relative. My northern Wisconsin logger buddy, Tom VanDoorn, has a marshy, alder-and willow-choked creek bottom that lines the back end of his property. Over the last three winters, he has created some awesome bedding cover by simply chainsawing clumps of alders on any small rises along the creek. Marsh grass soon sprouts in the opening, and the deer flock to these grassy humps to bed; in addition to remaining dry, whitetails also enjoy the advantage of being able to see their surroundings which makes them feel safer. Creating these bedding sites has also allowed Tom to get deer to bed in spots where they can’t see, hear, or smell him as he approaches and exits stand sites—achieving the ultimate management two-for of enhanced habitat and better hunting.

3. Steer your deer with blockers and trails.

My best stand sites are always the spots fed by multiple trails, because the more deer coming from different directions the better. But it’s entirely possible to have too much of a good thing. If multiple trails meet close to my stand, deer are going to get downwind of me on at least one of those lanes. Preventing this is as simple as blocking a trail by dropping a tree across it. This is an excellent time to use your hinge-cutting skills, as a tree that’s chest-high to a deer will force him to go around it. Essentially, by hinge-cutting a tree or three, you can create a wall that keeps deer from swinging downwind of your set.

There are plenty of variations on this technique. My buddy Tom, mentioned above, has a 5-acre soybean field adjoining his creek bottom and deer swarm to the beans. Trouble is, they have so many entry trails to the field that stand-hunting the beans became like a game of whack-a-mole. Tom would sit a stand overlooking one trail, and his target buck would use a trail 100 yards off. If Tom switched to that trail on his next hunt, the buck would use his original entry, or another path, and this could go on all season.

So Tom cut bunches of the abundant alders and used them to block the trails that either didn’t have a stand, or spots where the prevailing wind was not in his favor. Tom learned a couple important lessons early, however. “I found that if I blocked some trails, I needed to actually widen the ones I left open,” he says. “Since I’m funneling deer down to just a few entries, I learned that a tight funnel makes them nervous, and I’d watch them almost sprint through it to get to the beans. That made getting a shot really difficult. But if I kept the opening wider, they’d just mosey in, linger on the edge to inspect the field, then go on to feed. And that also taught me to not try to block too many trails, as deer simply looped wide around all the blocked trails, sometimes entering the beans from the opposite side, which I’d never seen them do before. Ultimately, I just picked a few trails that were especially problematic for me, blocked those, then left the rest alone.”

It’s well known that soft mast trees like apple, crabapple, and pear are whitetail magnets during a good fruit year. Well, nothing helps a fruit tree have a bumper crop like a good haircut, and now is the time for that trim job. In fact, waiting for fruit trees to bud can cause all kinds of problems (mainly, disease), and in an early spring that budding can happen in a hurry, so don’t delay on this one.

Pruning fruit trees seems intimidating at first, but for the most part it’s tough to screw up. Apple trees actually like to be pruned hard; I live in orchard country and have driven by many grower’s operations after pruning time. Most look like they’d been strafed by a giant chainsaw, yet they still yield bumper crops of apples come fall. Some pruning guides I’ve read recommend removing 30 to 40 percent of a tree’s profile annually, so unless you go really crazy, it’s tough to over-cut.

My apple-growing buddies tell me to focus on removing two types of limbs. The first, and probably most important on wild trees, are those growing close to the trunk. Second, lop off vertically-growing branches; like most trees, apples like to stretch skyward and by discouraging this growth (which will be an annual process, by the way), you can train the tree to grow low, horizontal branches with fruit that’s easier to access, for both deer and humans.

When we hang stands in the fall, most of us are careful about trimming lanes because we want minimize the disturbance in the area. But invariably, you crawl up in the stand and spot a limb, or several, that could spoil a shot in a hurry—hich is the same limb that any buck that does show up is then bound to stop behind.

Now is the time to fix that. Visit those top stand sites, fire up your saw, and do a proper job of creating shooting lanes. This is one of the best times to go into thick areas and take out small trees and brush clumps. Obviously the racket your saw makes will have zero effect on deer movement come fall, and you’ll be able to remove saplings that could sprout new growth over the summer. Two solid hints here. First, take a partner and have him sit in the stand and guide you to stuff that needs to come out; this will reduce the number of trees you’ll need to take down. Second, cut trees close to the ground as possible; I typically hunt areas hunted by others, and leaving stumps can tip off folks to my stand, or at least to my hotspot. Come fall, I want it to myself, so I can put my shooting lanes to work.