The 9 Weirdest Hunting Dogs in the Field 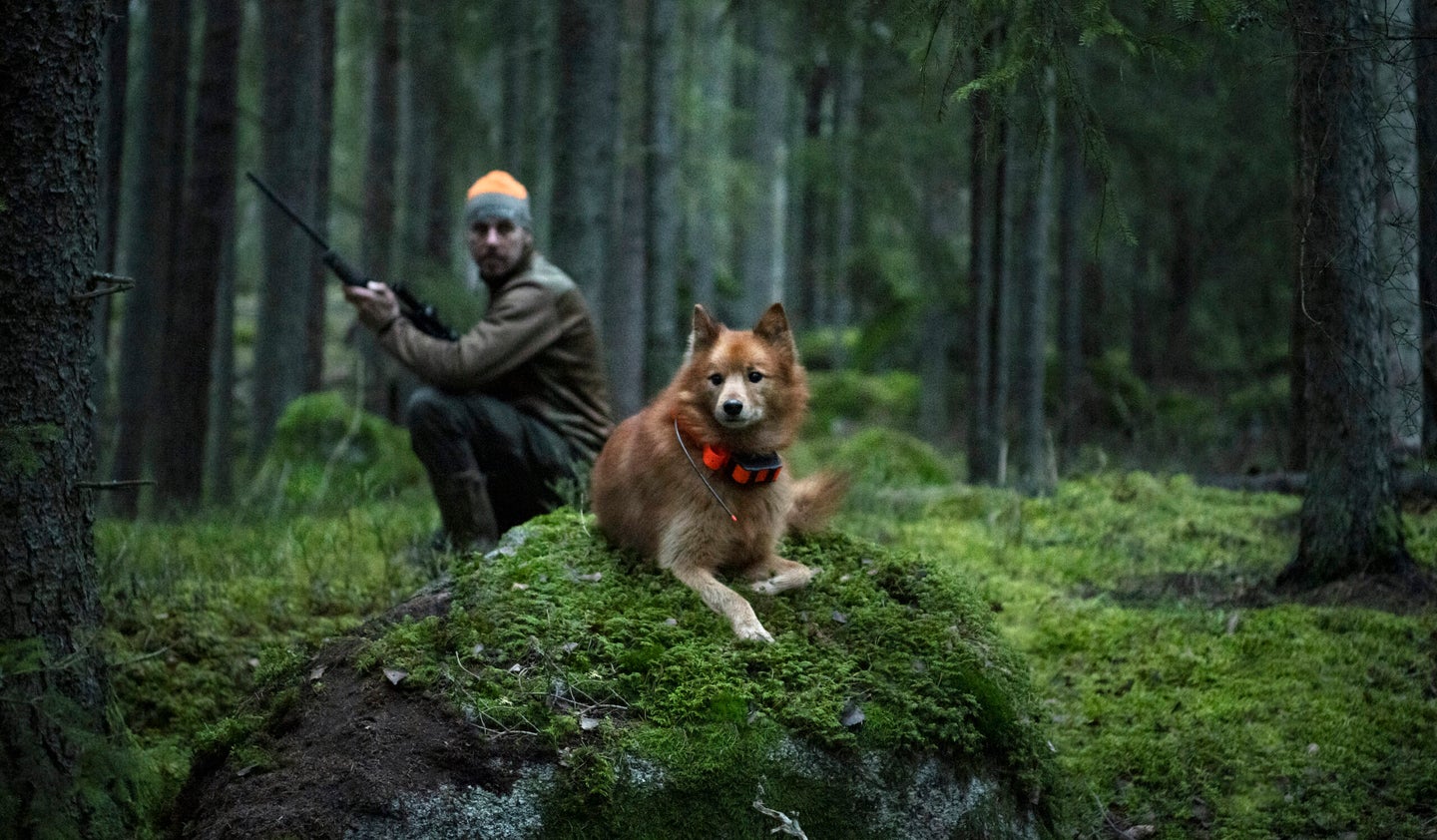 The spitz is one of the oldest hunting dog breeds. Johner Images
SHARE

From 20-pound cocker spaniels to 180-pound Irish wolfhounds, hunting dogs have been bred to all sizes and shapes to meet specific purposes. Some look strange, and some have been bred to do strange things. Some setters, for instance, still crouch when they point, a holdover from the pre-gunpowder days when hunters threw nets over them onto the coveys the dogs located. Here are nine weird hunting dogs, some of which you may never have heard of before.

The dog that puts the “lumber” in “Clumber” is the biggest and slowest-going of the spaniels. Clumber spaniels can weigh up to 80 pounds or more. The breed is named for Clumber Park in Northumbria, England, although its origins are not completely known.

Sometime in the 1840s Clumbers became one of the hunting breeds favored by the British royal family. Large and powerful, if not especially tall for their size, Clumbers excel at hunting heavy cover at a moderate pace. It’s no surprise, if you look at a picture of a Clumber spaniel, that they are known for snoring, and their floppy jowls hold lots of drool, too.

An old breed, possibly up to 3,000 years old, the Spitz is the national dog of Finland, where it is used to hunt a variety of game, from squirrels and capercaillies in the trees to elk. The spitz is what’s known as a “bark pointer.” You send it on its way, and when it finds game in the trees, it barks to let you know where it is, and to distract the game so you can creep in and make the shot. There are actual barking competitions for spitzes, and they are known to achieve machine-gun-like barking rates of 160 yips per minute.

“Lurcher” wins in the “weird dog” competition by name alone.  “Lamping with lurchers” means nothing to us, but to hunters in England it means spotlighting game in the company of a cross-bred dog. Lamping is just one use of lurchers, which might also serve as flushers or ferreting dogs, or be used for any other type of small game or vermin hunting.

Lurchers typically mix a sighthound with a non-running breed, preferably one that doesn’t bark much. Lurchers are not a distinct breed, although most are identifiable by a small, pointy sighthound skull and muzzle. Hunters mix up breeds to create the lurcher they think will work best—think of lurchers as the wildcat cartridges of hunting dogs.

Developed by miners in the northeast of England in the 1820s, the Bedlington is a small terrier with an oddly lamb-like appearance. Despite their warm, fuzzy looks they were fierce dogs originally used for hunting badgers, foxes, and hares, and later, used as fighting dogs.

Bedlingtons eventually caught the eye of the aristocracy and, by and large, left their early blood-sporting days behind to become cute house dogs that look like lambs. Some are still used for ratting in England, however.

A medium-sized, reddish-coated retriever, the Nova Scotia duck toller resembles a fox, and not by accident, either. Hunters played fetch with their tollers along lake shores, and ducks, which apparently are attracted to the sight of capering foxes, would swim into gun range for a closer look. Nova Scotia tollers are also fine retrievers, and some are still used for hunting, with or without the game of fetch to lure birds close.

If you think two noses might be better than one, a Pachón Navarro, or Spanish pointer, might be the dog for you.  It’s one of the very few breeds in existence with a bifid (“split” or “double-barreled shotgun”) nose. The split nose does not make them twice as good at smelling game as other dogs, and can, in fact, produce puppies with cleft palates. The nose does give the Pachón Navarro its distinctive look.

A heavy-framed pointer that traces its bloodlines to the middle ages, the Pachón Navarro was thought to be extinct in the 1970s, but enough surviving specimens were discovered to help the breed make a modest comeback. There are no more than 1000 of them today. If that’s not rare enough for you, the Tarsus Catalburun, the Turkish pointer, numbers only a few hundred, and has a similar bifid nose.

When you’re hunting a bird as if it were a big game animal, you need a dog that combines bird dog and hound traits. And, when that bird is uniquely American, you need a uniquely American dog to hunt it. At least, that’s the rationale behind the Appalachian turkey dog, a breed developed specifically to locate flocks of fall turkeys, chase them so they scatter, then give voice so the hunters know where to set up.

When hunters arrive at the scatter point, the dogs climb into camo bags while the hunters call, then can trail wounded birds if need be. Although dogs like the Boykin spaniel have been used for turkey hunting since before the American Revolution, the Appalachian turkey dog is a specialist and a recent result of a cross among pointers, setters, and Plott hounds.

Developed specifically for puffin hunting (“lunde” means puffin in Norwegian) lundehunds date back to the 16th century, and were bred to clamber up and down rocky cliffs to hunt puffins and puffin eggs. To that end, they have six toes per foot, the better to cling to rock faces.

They also possess far more range of motion than most dogs, including heads that will turn 180 degrees, the better to fit themselves into small rocky openings and grab birds and eggs. Now that puffin hunting is no longer allowed in Norway, Lundehunds have been used around airports to find eggs to reduce the possibility of bird-airplane strikes.

Take a look at a dachshund and see it again for the first time: with its long sausage body and short legs, it is as weird as any obscure breed, and just as specialized. “Dachs” is German for badger, and originally dachshunds were larger, up to 40 pounds, and came in both long and short-legged versions. Our weiner dogs are descended from the short-legged variety, and the short legs, narrow heads, and elongated bodies were perfect for a dog that crawled down into burrows.

There are also short-haired, long-haired, and wire-haired dachshunds as well as miniature dachshunds used for hunting rabbits. Dachshunds are still in use as tracking dogs, both in Europe and, to a lesser extent, in the United States, where they are used to track wounded deer.