From psychedelic colors to elaborate calls and rituals, these unusual upland birds stand out in the crowd 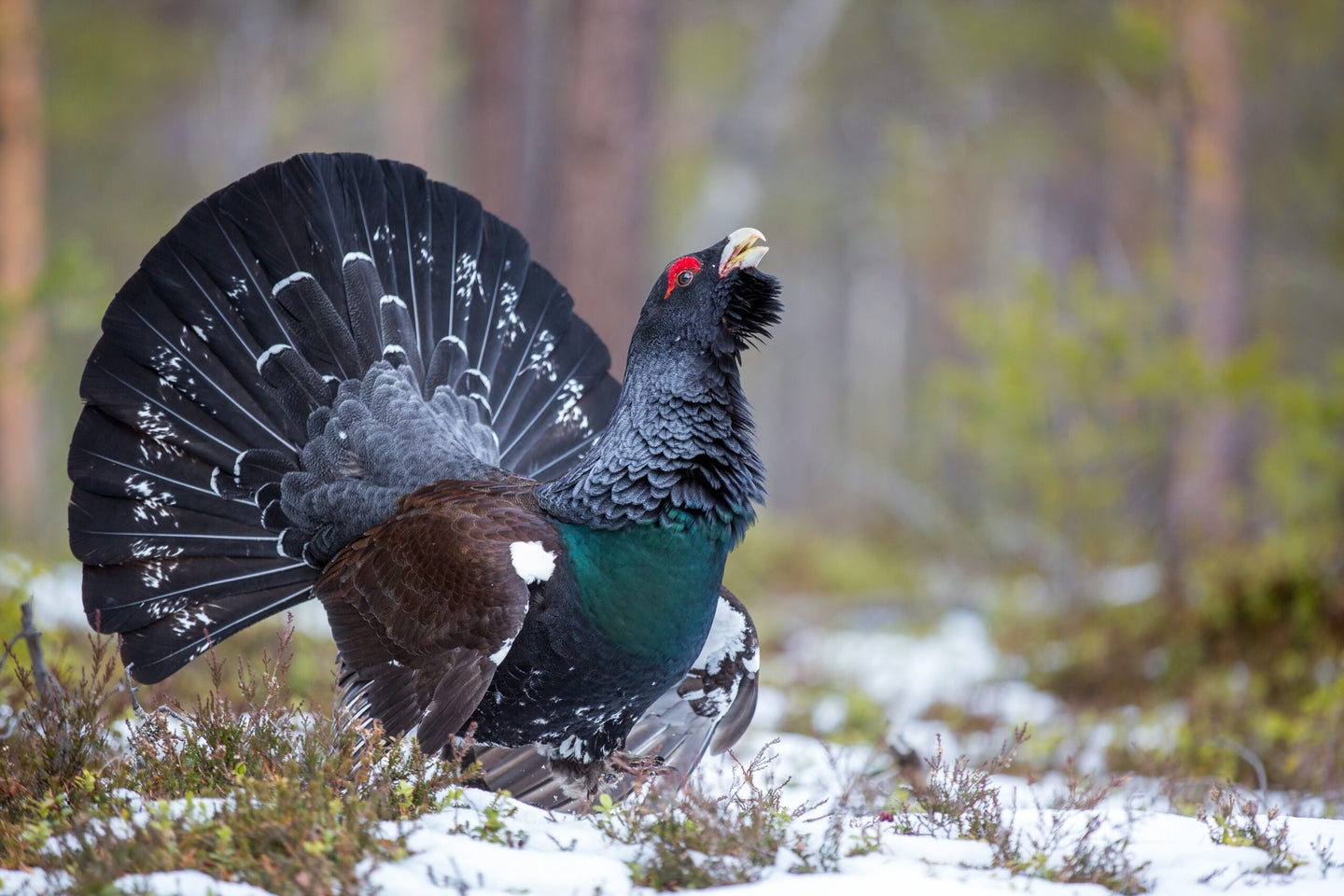 The male capercaillie strutting and calling for a mate. Jørn Konradsen via Getty Images
SHARE

To U.S. wingshooters raised on buff-colored native birds like quail and grouse, the gaudy ringneck pheasant has always seemed like an exotic species—because it is. A racy import shipped in from Shanghai in the late 1800s, the bird flourished and, eventually, carved out an image that seems distinctly American: A brassy, bossy bird that Steve Grooms, in Modern Pheasant Hunting, characterizes as “a riverboat gambler all decked out in show-off finery.”

But the truth is, the avian world is rich with species that make you wonder if evolution has a sense of humor. These birds of a flashy feather, with their odd calls, elaborate courtship rituals, and extremely limited ranges, can make the ringneck look downright common, and bagging one is a rare feat. Consider the following five unusual breeds, each one huntable somewhere on the globe.

For sheer variety of gamebird exotica in the U.S., Hawaii is unsurpassed. The Aloha State holds hunting seasons for more than a dozen upland species, including three francolins (natives of Asia and Africa), several quail (including one species from Japan), a trio of pheasants, and various partridge, grouse, and doves. The most stunning of all is the Kalij pheasant—a striking bird with glossy blue-black plumage, red face, white crest, and a unique “vertically stacked” tail that in profile resembles a toucan’s bill. Introduced in 1962, the Kalij now thrives on the Big Island. And because the birds are threatened in their native Asian range, Hawaii is the only place in the world to hunt a pheasant that makes the ringneck look doughty.

Closely related to the ostrich, emu, and cassowary, this partridge-size native of southern Mexico and Central America is much smaller than its African cousins—and it can fly. Like most upland birds, it prefers to hunker down until flushed, so groups of shooters form horseshoe-shaped lines to push birds out of dense rainforest cover. The Thicket Tinamou has a complex system of vocalizations (including mating and gather calls) that they use to communicate, which makes calling a hunting tactic that’s popular, if hard to master: Tinamou are celebrated ventriloquists, and their long, whistling trills are famously difficult to pinpoint.

Also known as heather cock, the capercaillie is a large grouse that rivals the wild turkey in size. Males, which can grow twice as big as females, weigh as much as 16 pounds. Also like turkeys, the capercaillie is known for its elaborate courtship display, which features tail-fanning, aggressive burps and a mating call that sounds like the pop of a champagne cork. These inhabitants of old growth conifer forests are thought to number 5 to 10 million across Europe and Central Asia. Although hunting seasons were discontinued in countries such as Scotland and Germany decades ago, capercaillie are still hunted with gundogs or by stalking in northern Europe, the Baltics, and Russia.

Perdiz is Spanish for partridge, and these relatives of the kiwi (the flightless bird that’s a beloved national symbol in New Zealand) are about the size of a Hungarian partridge but act more like a pheasant, running and relocating before flushing instead of sitting tight beneath a point. Morning hunts are the preferred tactic. Since perdiz roost together at night but separate to feed during the day, finding multiple birds in proximity gets harder as the day goes on. Their ability to rapidly reproduce (they raise four to six broods each year) makes for abundant numbers, generous bag limits, and a classic wingshooting experience in the short-grass pampas of Argentina and Uruguay.

Read Next: The Slam Man: A Road Trip With the Greatest Turkey Hunter Alive

A wild turkey with the gaudy coloring of a pheasant and the “eyed” tail fan of a peacock, this southern bird from the jungles of Mexico’s Yucatan Peninsula is part of the World Slam, which comprises all four U.S. subspecies plus the Gould’s turkey. Known for its iridescent feathering, exceptionally long spurs, and lack of a beard, the male precedes its singular high-pitched gobble with a hollow drumming sound. Ocellated turkeys Weigh 11 to 12 pounds, and are smaller than their American cousin, but just as wary. Hunts often eschew calling for stalking or ambushes near water and food sources.