Many hunters skip morning hunts in September and October. Instead, follow this four-step plan to arrow a stud whitetail in the a.m. 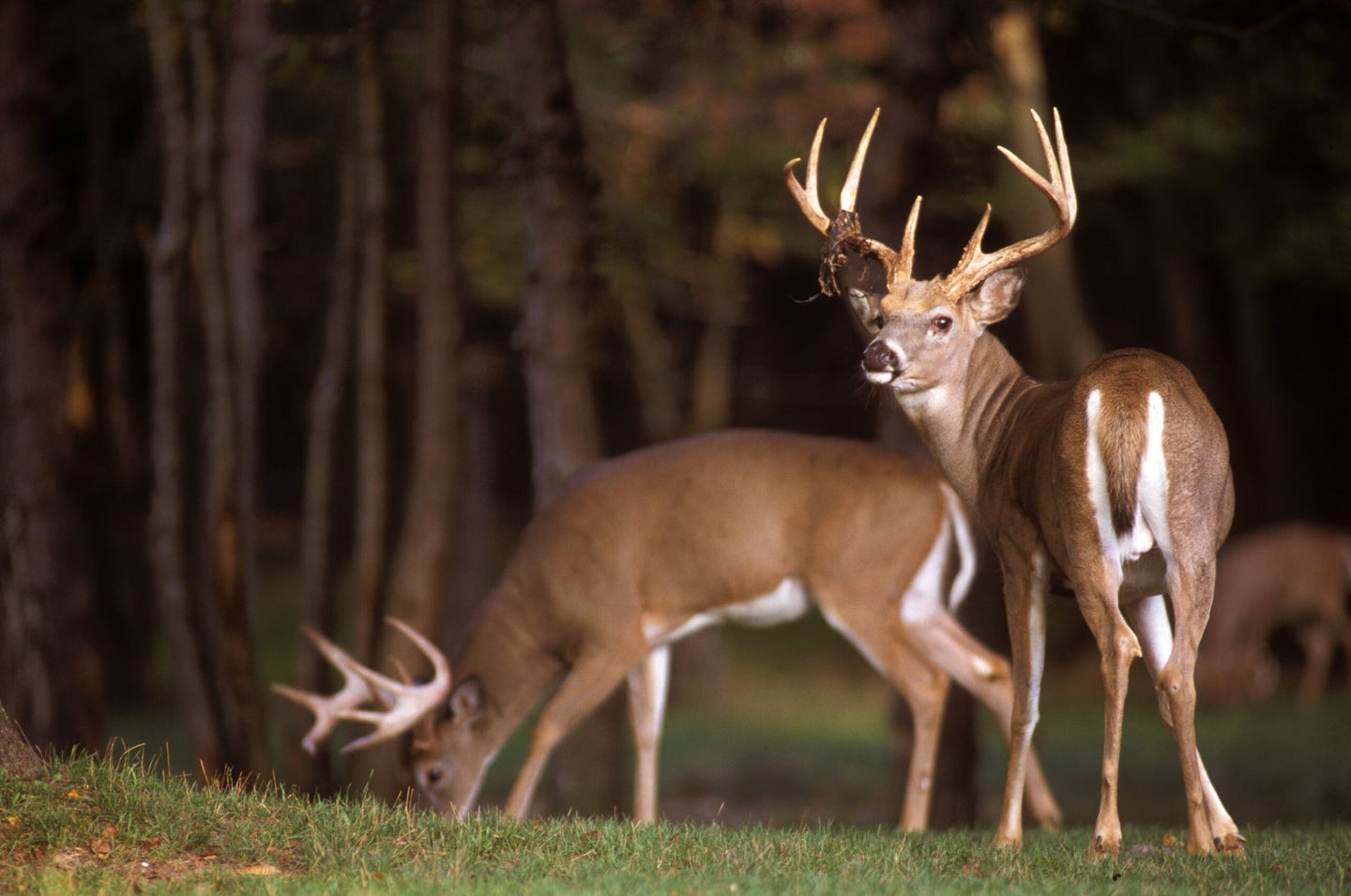 The keys to tagging a good early-season buck in the morning are food, scrapes, and a safe entry. John Hafner Photography
SHARE

Back when I knew everything there was to know about deer hunting, I had a strict early-season hunting program. Essentially, it involved sitting back and waiting for the rut to get started. If there was any hunting to be done in September or early October, it happened in the evenings only. Morning hunts? Taboo.

But once I started to actually learn about deer and deer hunting, I realized just how silly—and flat-out wrong—my program really was.

Fact is, morning hunts can be effective at any time of the season. That’s because deer eat year-round. Every day. Without fail.

Understand that simple fact, and you’ll be on the path to successful morning hunt even in the early season. You do need to be careful this time year, though. And you need to adopt an approach that focuses very specifically on two things: Food and scrapes. Yes, scrapes.

Why Scrapes Are Key to Early-Season Morning Hunts

Before the rut starts cranking up for real, bucks play the long game. They’re ready to go, but the does are not. They have (or will soon have) hard antlers, and once that little biological switch is flipped, they are on a slow-but-steady testosterone train that will reach its final destination at some point in mid-November. But it’s still far from the station, and that kind of pisses bucks off. They get frustrated. They get bored. They get mean. Scrapes are a buck’s way of blowing off steam, displaying dominance, and making their presence known. Some scrapes are done at random and seldom revisited. Others, however, are made in areas of high visibility and high deer movement. Those are the scrapes you need to be looking for in the early season.

Once you find them, follow this four-step morning-hunt program.

Remember, we’re focusing on food and scrapes—but not just any of either. Bucks love to hit scrapes on the edges of alfalfa, bean, and corn fields in the early season, but those spots are all but impossible to access in the morning without spooking deer. Instead, we want to focus on food and sign located in or near cover. That means we’re primarily focused on acorns, which works out fine, because the first acorns of the fall should be falling right about the time bow season opens in most parts of the country.

Find the acorns. Locate active scrapes nearby, which will likely be very near those oaks and on a path that leads to daytime bedding. This is where you want to take a stand.

The most important element of early-season hunting is surprise. You simply can’t let the deer you’re after know they’re being hunted. Bucks will accept some level of human intrusion during the rut simply because they’re preoccupied with other things, and they’re on the move much more than during the early stages of the season. Bump a buck now, however, and you have likely seen the last of him in daylight for a while.

This is why the food/scrape combo works so well now. You’re hunting areas that feature cover, not fields or field edges. This can allow for a much easier entry, even if it means taking a long hike in the dark. Whatever it takes to access your chosen location without disturbing deer is what needs to happen.

3. Set Up to Succeed

I’m primarily a tree-stand hunter, so I’m hunting from an elevated position. If possible, I want to place my stand between the active scrape(s) and the food source. If that’s not possible due to a lack of suitable trees, terrain features, or wind direction, then I’ll hang my stand on the downwind side of the food source on a path that leads to bedding cover.

Don’t overthink things. The bucks are going to spend some time in a primary destination food source each night. In most areas of the Midwest, that’s going to be an ag field of some sort. From there, they’re going to work their way towards a bedding area. They’ll work scrapes and rubs along the way. In my experience, bucks will hit acorns prior to bedding. I believe that’s because oaks offer cover and the deer are simply more comfortable there in daylight. After filling up, they’ll hit a few more scrapes near their bedding area before settling in for the day.

Do not be tempted to leave too early. I’ve made that mistake far too many times because I believed after that initial volley of deer movement in the first hour of daylight that no mature buck would be foolish enough to still be out and about. Fact is, if you’ve not disturbed the area (and it’s not being pounded by other hunters) there really is no reason for a buck to hustle right to bed simply because the sun has come up.

It’s true that most mature bucks are largely nocturnal by nature, and now is not the time for all-day sits hoping on some random midday movement. But I’ve seen plenty of older bucks hitting acorns on their way to bed about two hours after daylight, particularly in areas of big timber.

4. Be Ready to Adjust to Early Season Changeups

Remember, we aren’t rut hunting here. This is not a one-size-fits-all approach, and it’s not without risk. You have to focus on the details now. Crop harvest is soon to begin. That will alter deer movement. It will alter preferred bedding locations, too.

As more oaks begin dropping acorns, the sweet spot can change. One thing that I’ve noticed about this early-season morning program is that it is very much a feast-or-famine type of deal. When I’ve found the right food source and the right scrapes, it’s deer-laden. When I haven’t, it’s skunk city. There usually isn’t much in-between. If you aren’t seeing deer, you’re not in the right spot. So spend a day scouting to find another area where acorns, scrapes, and nearby bedding cover come together. Sooner or later, you find the right spot and get your shot at an early-season a.m. buck.