Missed a Turkey this Spring? (Me, too.) Here Are 5 Lessons to Learn From It

Everyone misses a gobbler now and then. Here's how to deal with it—and keep it from happening again next spring 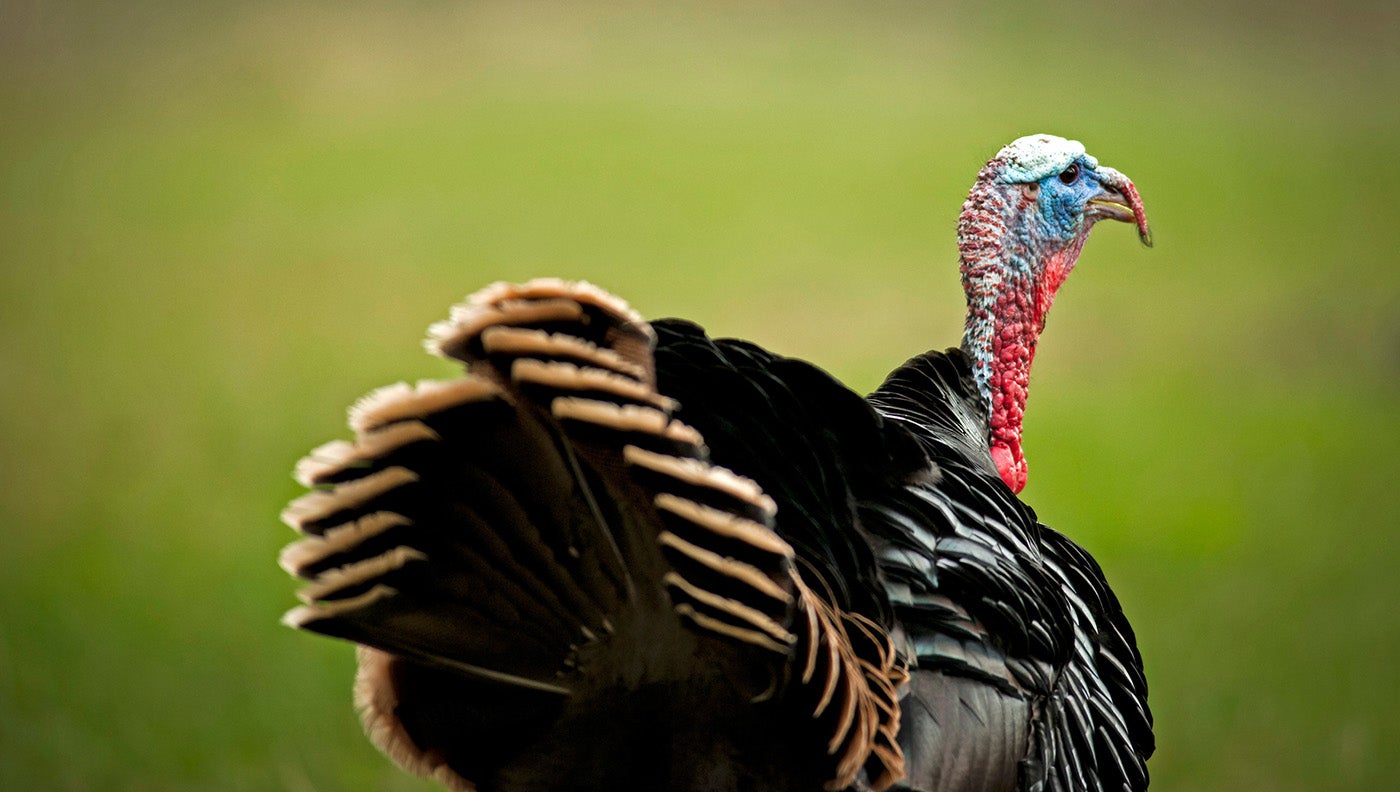 “Going to the plug” is waterfowling jargon for emptying your gun at a duck or goose, usually one hanging un-missably over the decoys. We’ve all done it.

As your shotgun columnist, it is my embarrassing duty to confess that I went to the plug on a standing turkey this spring. Because the bird was standing, not flying, the whole experience was a horrifying, slow-motion shooting train wreck. It allowed me more time and clarity than usual to reflect on the phenomenon of going to the plug, and, perhaps, gain some insights to share.

Long story short, it took a tom and three hens over 90 minutes to make their way across 400 yards of open, rolling field to the tree line where I lurked near a hen and jake decoy. At about 60 yards, the tom saw the jake, put his head down and ran toward it, stopping 20 yards in front of me.

The tom watched them fly off. It looked around, as if thinking Huh. The party must be over. Then it turned and walked straight away from me. After three baffling misses, my thinking was muddled. The turkey was neither flying nor running, but walking slowly. Surely, it must be mortally hit and was tottering away to find some place to lie down and die like a whitetail. (It was not. I missed). Therefore, it seemed very important to put some more pellets into the bird. I fumbled in the shirt pocket where I keep two extra shells, dropped one in the chamber, and racked the 870 shut. By now the turkey was over 40 yards headed straight away, showing only the top of its head over its back. I remember thinking, That’s not much to shoot at before pulling the trigger. The tom went flat.

By the way, when writers like me say the high price of TSS is no big deal because a box will last you a few years, don’t believe us. I went through a box of five in under a minute. In any case, after some post-miss pondering, I have five takeaways to help you deal with a missing turkeys and keep it from happening again.

Self-talk helps in situations where you need to keep a level head. Having watched this bird get gradually closer over the course of an hour and a half, I did a good job of not shooting too soon. I kept telling myself, Let him come close, and I was rewarded with a 20 yard chip shot.

Unfortunately, my exact thought before I pulled the trigger was, Might as well start shooting. Some more prescriptive thought such as, Eye on the target, head on the stock, or my standby Kill it through the gun would have been a lot more helpful and likely would have resulted in a dead turkey with the first shot.

It is true that a TSS No. 7 shot and .660 choke combination shoots a very small pattern at 20 yards, one about the size of a softball. I might attribute one miss to too tight a pattern. But three in row? No. I have watched enough scholastic trapshooters not focus on targets and miss way over the top that I would bet money that I shot two feet over that bird’s head all three times. No amount of pattern spread would have helped me. Not lifting my head to watch the bird fall over would have helped a lot. Keep your head down is another good thought.

3. Focus on the Target for a Change

As Einstein pointed out, not changing anything and expecting a different result is the definition of insanity. It is also the First Law of Going to the Plug. When you miss, make a correction. The problem is, when you miss a very easy shot, you can’t believe you missed such a gimme. You are certain that all you need to do is shoot again.  It doesn’t work. So you try again, and voila, you’ve gone to the plug. Make yourself do something different. Usually that means focusing harder on the target.

A 22-pound turkey, a 12-pound goose, or a 3-pound mallard all look huge up close. If you shoot at the whole bird, you miss. Focus on an eye, a beak, a caruncle, a cheek patch, or a green head, and you’ll hit it. After missing a standing bird at 20 yards because I wasn’t focused on anything smaller than an entire turkey standing in front of me, I made a much harder shot at 45 or 50 yards because I was looking intently at the top of the bird’s head.

5. Don’t Beat Yourself Up

Going to the plug is not a bad thing, in moderation: You don’t want to make a habit of emptying your gun at birds that fly (or, much, much worse, walk) away, but it happens to everyone, and it’s a result of getting excited. If you don’t get excited anymore when birds are close, it’s time to find a new hobby.