Why You Should Shoot Ultra-Micro-Diameter Arrows this Fall 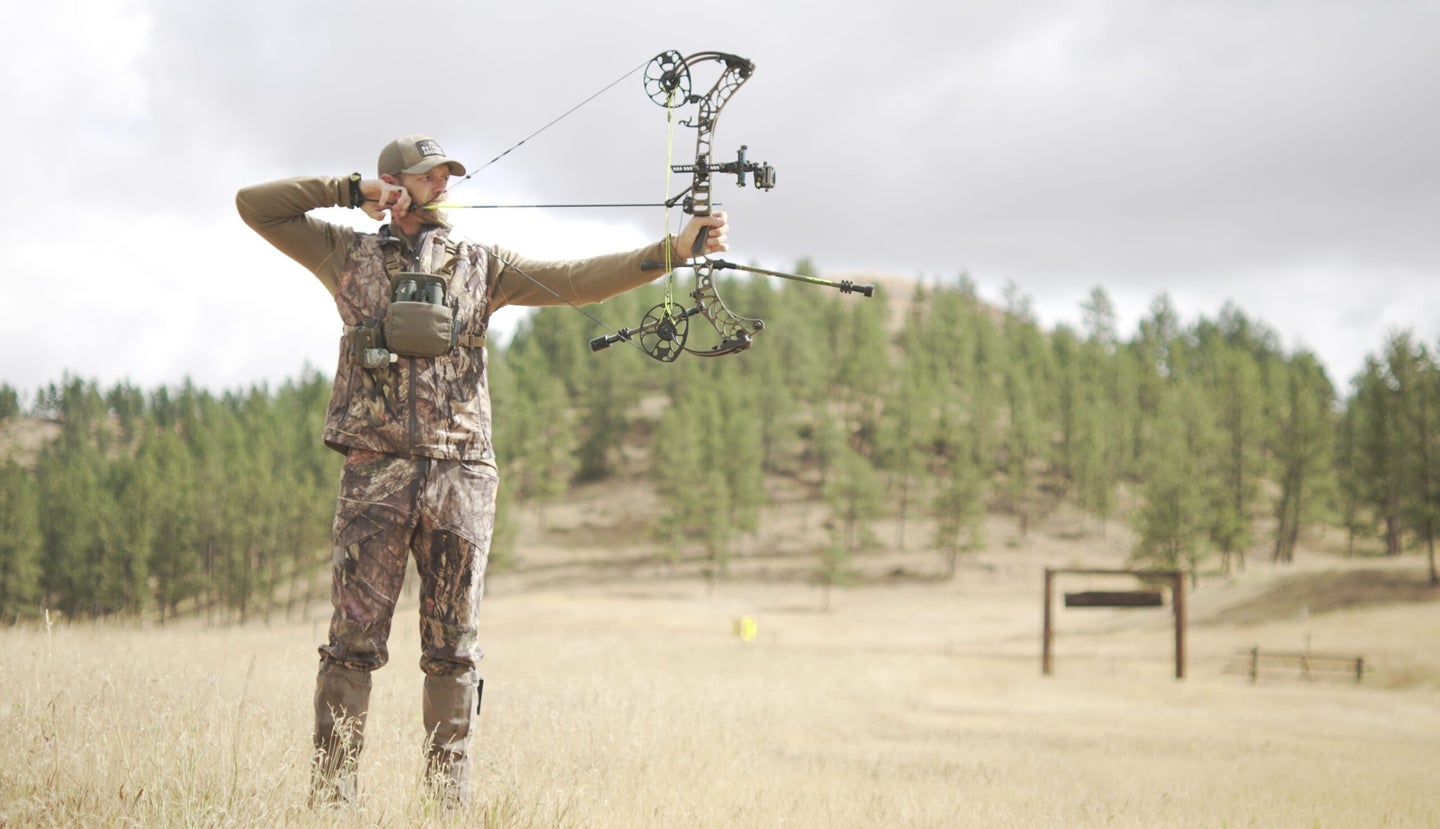 The first reason to shoot ultra-micro-diameter arrows is probably reason enough—and it’s simply because the best archer on the planet shoots them. During his pro-archery tournament tenure, Levi Morgan has won 11 world championships and more than 40 national championships. He has won Shooter of Year multiple times and has set several world records. He is also one of the most respected bowhunters ever to step into the woods. So, yeah, he’s a pretty good guy to take shooting advice from. When I asked him name a drill or offer a tip for improving accuracy with archery gear, however, his answer was a bit a surprise.

“Of course, there are lots and lots of drills I do,” Morgan says. “But one thing I feel archers overlook, especially when it comes to maximizing their accuracy, is the amount of attention that needs to be put into their arrow build.” Specifically, Morgan says that to be the most accurate archer you can be, you should shoot an ultra-micro diameter shaft. Yes, they cost a little extra, that’s because they are expensive to make and have very tight tolerances. But these arrows cut the wind better, producing flatter a flatter trajectory, and yet when paired with the correct insert and broadhead, they also penetrate deeply on game. It’s a best-of-both-worlds proposition.

“Ultra-micro” is a term that’s popping up more and more in regard to arrow diameter and it’s confusing. Not only is there no industry standard for what constitutes an ultra-micro diameter arrow; there isn’t yet a fully established convention for how the term is used. Generally, “micro-diameter” describes anything smaller than standard, and “ultra-micro-diameter” refers to the smallest of the sub-standard sizes. It doesn’t help matters that arrow manufacturers differ in how they size shafts. Easton measures its arrows in millimeters, for example. The company shocked the industry years ago when it introduced the first micro-diameter arrow, the 5mm (inside diameter) series of Full Metal Jacket and Axis shafts. Now, Easton offers 4mm versions of these popular arrows. So, whereas the original 5mm series are micro-diameter, these newer, smaller shafts are often referred to as ultra-micro-diameter. Meanwhile, many people, including Morgan, simply call them all “micro-diameter.”

GoldTip, Morgan’s arrow-maker of choice, measures arrow diameter in inches, and the company offers a number micro-diameter options with an inside measurement of .204 inch, such as the popular Airstrike. The Kinetic Pierce Platinum series, however, appears to be slightly smaller yet, according to their website. Whether you want to call it “micro” or “ultra-micro” is up to you, but the bottom line, according to Morgan, is that you should favor the smallest-diameter option your favorite arrow company offers.

Match Your Arrow Shaft with the Most Accurate Vane Setup

“Close or far, I love micro-diameter arrows,” Morgan says. “However, having a micro-diameter shaft and solid insert system isn’t enough. You have to make that arrow as accurate as possible, which comes through the vane-attachment process.” What type, how many, and how you attach vanes is too often overlooked yet critically important, according to Morgan. “I cringe when I see archers shooting inferior vanes. Not only will a low- to mid-profile vane boost arrow clearance, but if it was engineered for optimum stiffness, which it should be, drag is reduced, and downrange speed is boosted.” Morgan recommends a two-degree helical or offset if you’re shooting at longer ranges. “When you fletch your shafts with an offset or helical, arrow spin increases, which helps accuracy,” he says. Keep in mind that more helical add drag, which slows your arrow down, so you don’t want to overdo it at longer ranges. For him, two degrees of left helical is max. “On the other hand, if you’re keeping shots under 50 yards, you really can’t have too much helical,” he says.

Morgan also prefers a four-fletch vane orientation, as opposed to three. Based on his own testing, he says a four-fletch vane setup allows him to go with a lower-profile vane, making the arrow even quieter. Taller vanes also create more drag and are loud in flight. “Shoot a big, high-profile vane that is too stiff, and your arrow will sound like a paper plate with holes in it as it goes downrange,” Morgan added. “This doesn’t matter in competition, but time in the woods and video research have shown me animals don’t react to the bow but instead to the arrow. This is another reason to go with a lighter, smaller vane.”

Once you’ve put the right vanes on your micro or ultra-micro-diameter shaft, there’s a great chance you’re going to see tighter groups on the range. And when you know you’re shooting the most accurate arrow setup possible, your practice sessions will improve, which, in turn, with boost your confidence when the time comes to make the shot in the field.