The seven-member board voted 4-3 to prohibit both transmitting and non-transmitting cameras. Utah is now the the fourth western state to ban trail cams during the hunting season 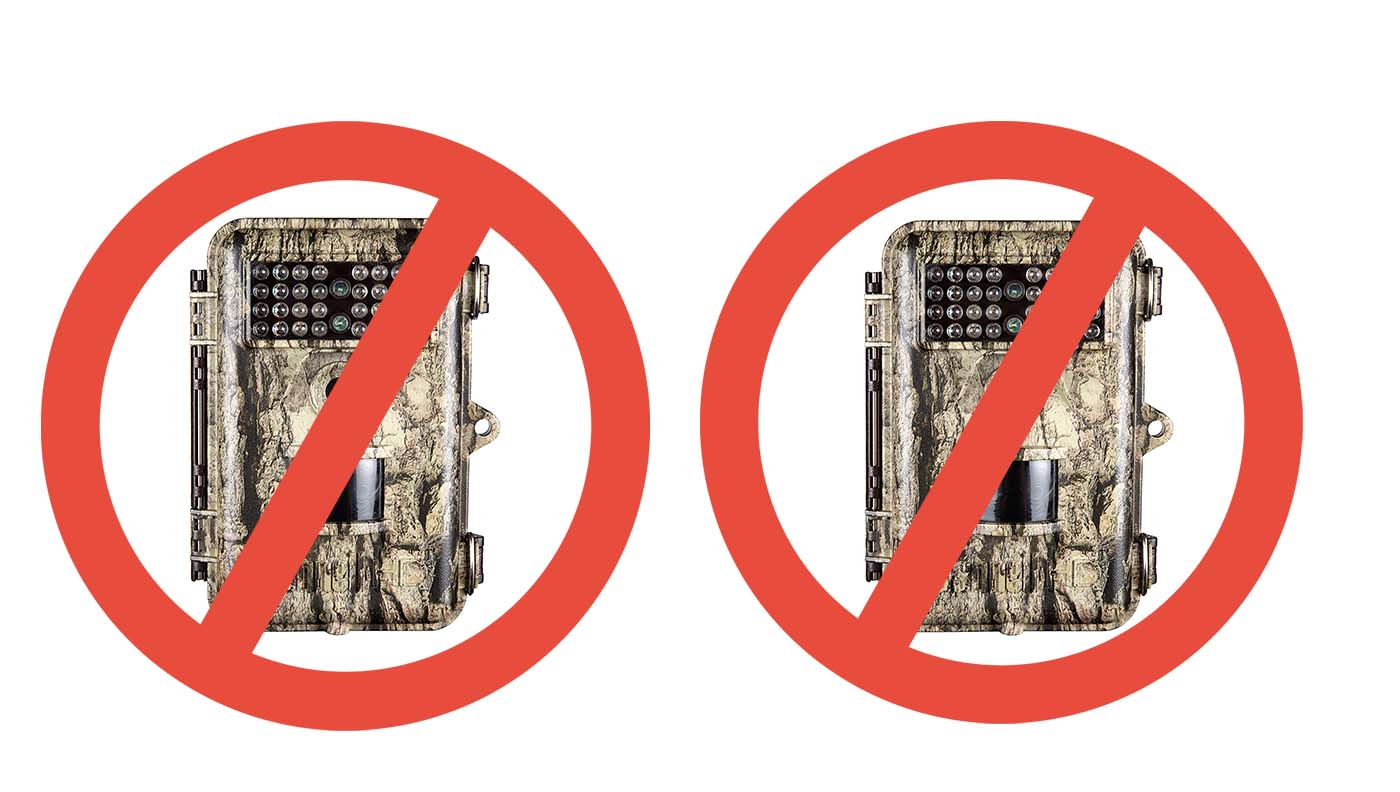 Concerned that trail cameras are changing the integrity of the hunt, Utah has banned both transmitting and non-transmitting cameras. Collage by Dave Hurteau
SHARE

The vote was close and discussions heated, but the Utah Wildlife Board, which makes rule-change recommendations to the state’s Division of Wildlife Resources (DWR), ruled to ban the use of trail cameras from July 31 to December 31. The ban would take effect this year and effectively prohibits the use of all trail cams during most of Utah’s hunting seasons. Board members were deadlocked 3 to 3 when it came to voting on the ban until chairman Kevin Albrecht cast the deciding vote, according to a story on KSL.com.

Perhaps most notable about the ban is its inclusion of conventional, or non-transmitting, cameras. The state has defined a trail camera simply as “a device that is not held or manually operated by a person and is used to capture images, video or location data of wildlife and uses heat or motion to trigger the device.”

Utah’s Wildlife Board has been considering this issue for months, and we covered their deliberations back in Decmeber. Throughout, the board has relied on public input as well as information from two public surveys in making their decision. Survey respondents were fairly lukewarm toward banning conventional cameras (models that require the user to visit the camera to retrieve images), with only half of respondents in favor of banning those models. But transmitting, or wireless, cameras garnered a stronger reaction, with over 67 percent of respondents opposing their use.

Selling pictures or trail camera footage to aid in hunting, as well as the use of night vision equipment, are also included in the ban. Farmers and ranchers who use transmitting cameras to monitor livestock that might be preyed upon by bears or cougars are exempt from the ban, as are municipalities engaged in urban deer-management programs.

Many Concerned About How Technology Is Affecting Hunting

While concern over trail-cam use in the state, which is comprised largely of public land, has existed for years, action on the issue was forced by the passage of HB 295, a bill sponsored by Rep. Casey Snider last year. That bill directed the Wildlife Board to examine the issue and resulted in the DWR to issuing the surveys mentioned above, according to Law Enforcement Section Chief Wyatt Bubak. “The first survey focused on ‘Emerging Technology’ and was conducted last March,” he said. “A survey devoted specifically to trail cams was mailed out in October. There’s been a growing concern among the public about how technology is affecting fair chase.”

In the debate preceding the vote, there were concerns from some board member and other attendees that the ban would be difficult to enforce and that Utah has a history of letting hunters police themselves in terms of new technologies. But there was strong sentiment that the latest advancements were having a troubling impact on the state of hunting. “We, as hunters, have become very selfish, and want our cake and eat it too,” Utah hunter Kevin Norma said, according to the KLS.com article. “At some point, we as hunters have to take a look in the mirror and ask what we can do to help our critters.”