After breezing through the Virginia Senate, the bill is expected to be signed into law by Governor Youngkin 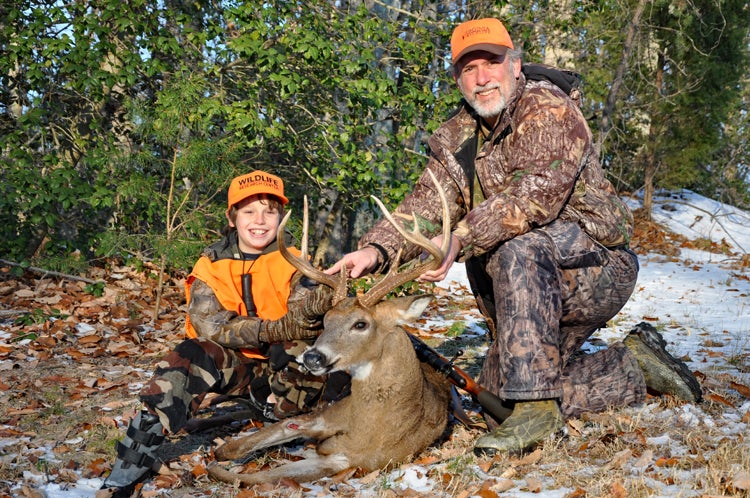 It's hoped that a lifted ban on Sunday hunting will afford youngsters with greater opportunities in the field. Ken Perrotte
SHARE

Legislation to allow Sunday hunting on public lands easily passed a Virginia House of Delegates vote Tuesday by a 69-28 margin. The vote, the finale to a multiyear battle, sends Senator Chap Peterson’s (D-Fairfax) Senate Bill 8 to the desk of Governor Glenn Youngkin, who is expected to sign the measure, which would go into effect July 1. Peterson’s bill breezed through the Virginia Senate on a 29-11 vote.

The legislation potentially opens 1.65 million acres of national forest lands in Virginia, 71,000 acres of state forests, several military installations, and state parks. It also opens some 216,000 acres of state-owned wildlife management areas. The Sunday ban on hunting these WMA lands was regularly called out as particularly egregious, given that those lands were purchased and maintained with revenues derived from hunting license sales.

Peterson’s bill restricts hunting within 200 yards of a place or worship and prohibits hunting deer or bear with dogs on Sundays. The Virginia Hunting Dog Alliance testified on the record at legislative hearings over multiple years that it opposed Sunday hunting.

Decisions on opening public lands for hunting will now rest on the authority of the landowners and managers of the various tracts. The fight for Sunday hunting, often labeled as Virginia’s final “blue law” and grounded in religious prohibitions from generations ago, endured for decades. After several years of failed legislation, Sunday hunting on private land was approved in 2014.

This year, though, his Sunday hunting bill advanced on a 4-2 vote from the House Agriculture, Chesapeake, and Natural Resources Subcommittee. It was then narrowly approved by an 11-9 vote in the full Agriculture, Chesapeake, and Natural Resources Committee. Once the bills passed the restrictive committees and hit the full Senate or House of Delegates floor, broad support prevailed for Sunday hunting.

Access to hunting areas is a major issue in Virginia. The letter notes, “…many hunters in Virginia would not have a place to hunt but for the public lands system. Allowing Sunday hunting would double the number of hunting days for youth during the school year and provide additional flexibility for hardworking adults with limited opportunities to hunt during the work week.”

In late October 2021, the Board of the Virginia Department of Wildlife Resources signaled its strong support, unanimously passing a resolution endorsing Sunday hunting on public land. According to the DWR, nearly 40 percent of hunters pursue game species on public lands, meaning that weekend hunters were frozen out on Sundays, essentially losing half of their season.

Ryan Brown, director of Virginia’s Department of Wildlife Resources, tells F&S, “The repeal of the Sunday hunting prohibition places our public and private land hunters on equal footing. Since the passage of Sunday hunting on private lands eight years ago, we have seen increased opportunity for our hunting community without detrimental impacts to our wildlife populations or user conflicts. We expect that the availability of public lands will likewise be a success on all counts.”

Cyrus Baird, senior director of government affairs for Delta Waterfowl Foundation, calls the vote “huge” and “historic,” and hopes it signals a turning tide for other East Coast states with Sunday hunting bills on the docket.