Video: Is This a Walking State-Record Alabama Whitetail Buck?

Alabaman Will Swift took video of this colossal nontypical buck while he was golfing. Is it wild? What would it score? See for yourself 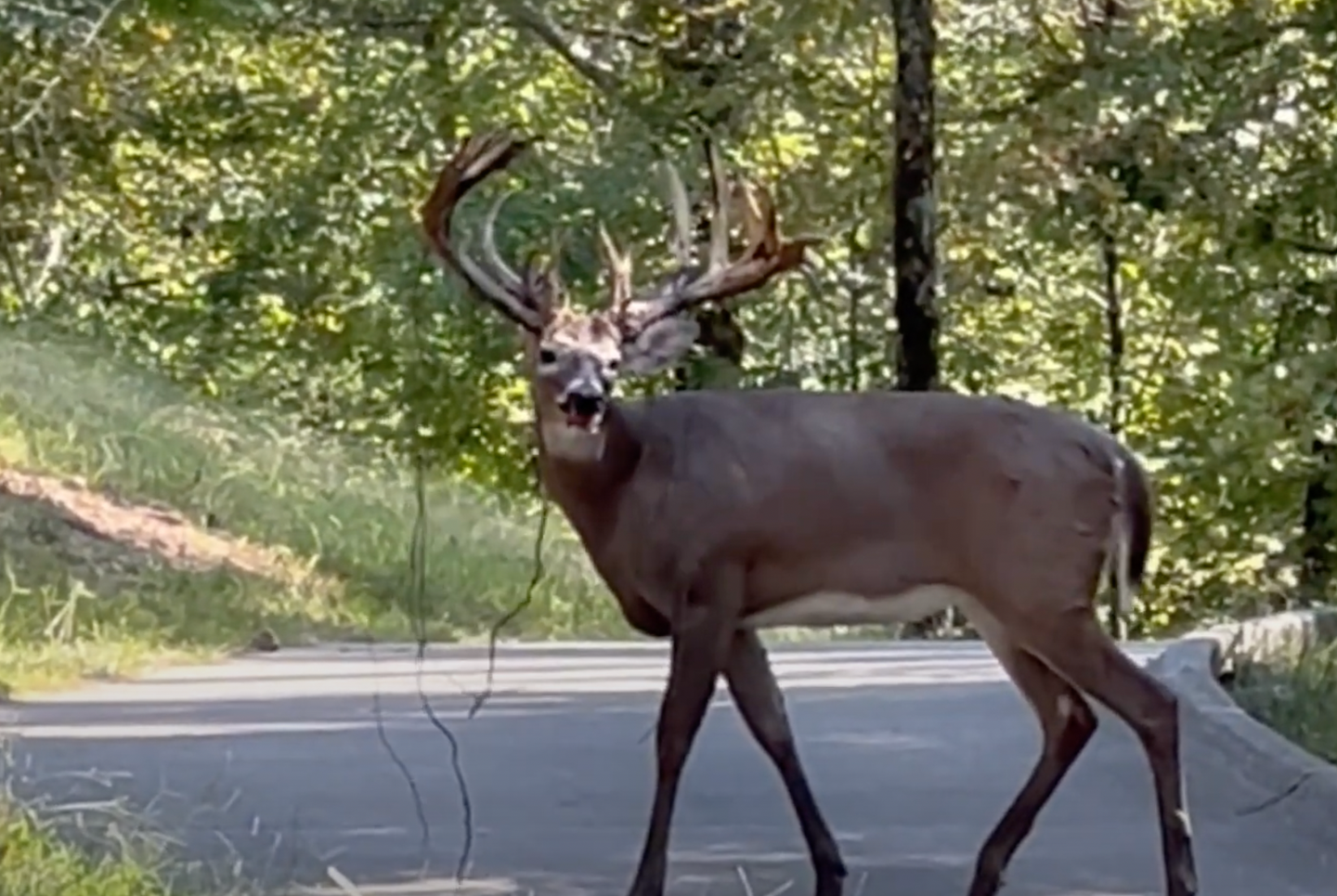 The huge Alabama buck steps out onto a golf-course cart path. Will Swift
SHARE

Two hundred is one hell of a high score on a par 3. But the buck Will Swift spotted last Tuesday on one of the shortest holes at an unnamed central-Alabama golf course appears to go that high, and a bunch more. “I was playing golf in a fundraiser tournament, standing on the tee box of a par 3 with my partners, when all of a sudden this huge buck trots onto the cart path and looks at us,” Swift told F&S. “We were all like, Oh my gosh! I ran and got my phone to take a video.”

Swift was able to take the 22-second clip below, in which the buck gets about halfway across the path, stops, and turns to face the camera—showing off and absolutely colossal rack, with long strands of what Swift says is velvet dangling nearly to the ground. The giant buck then spins his head in the other direction and scampers up a timbered knoll, looking even bigger from behind.

“I’ve never had anything go viral like this, so we are having a lot of fun with it,” Swift said. “I’m a big hunter myself, and every time I get a chance, I pack my stuff up and drive to my family farm near Selma, which is about an hour away. My wife has been giving me a hard time that I go so far to hunt when there are deer this big practically in our back yard.”

Of course, the two things everyone wants to know is, where exactly is this buck—as in, draw me a map with an X on it—and did this giant whitetail escape from a game farm? “It would be almost comical to tell people where this buck lives, and then watch them all jockey for position,” Swift joked. “But I wouldn’t do that, for the sake of the landowner, who is also a hunter. When he saw the video he reached out to me and said he’d seen the buck a few times. So, I told him I’d be careful about revealing its location.”

As for whether the deer is a game-farm escapee, Swift says he can’t be sure. “People are saying there’s no way it’s wild, but we’ve seen some really big suburban bucks around here. Some have said that it came from a farm that’s 20 or 30 miles away, but I contacted the owner, and he told me it isn’t his. If it is a game-farm deer, I’m shocked no one has reached out to claim it.”

Swift doesn’t even want to guess at the buck’s score, except to say 200-plus, but others are guessing the buck at 250 inches or better, which would put it right in the ballpark of Alabama’s top B&C nontypical, which is 259 7/8. On the other hand, Buckmasters and Alabama Whitetail Records recognize David Melton’s 275-inch monster, shot in 1956, as the state record, and that is a very steep hill to climb. No matter what the buck scores, Swift says he hopes the landowner gets him. “If he does, it will make the cover of Field & Stream.”