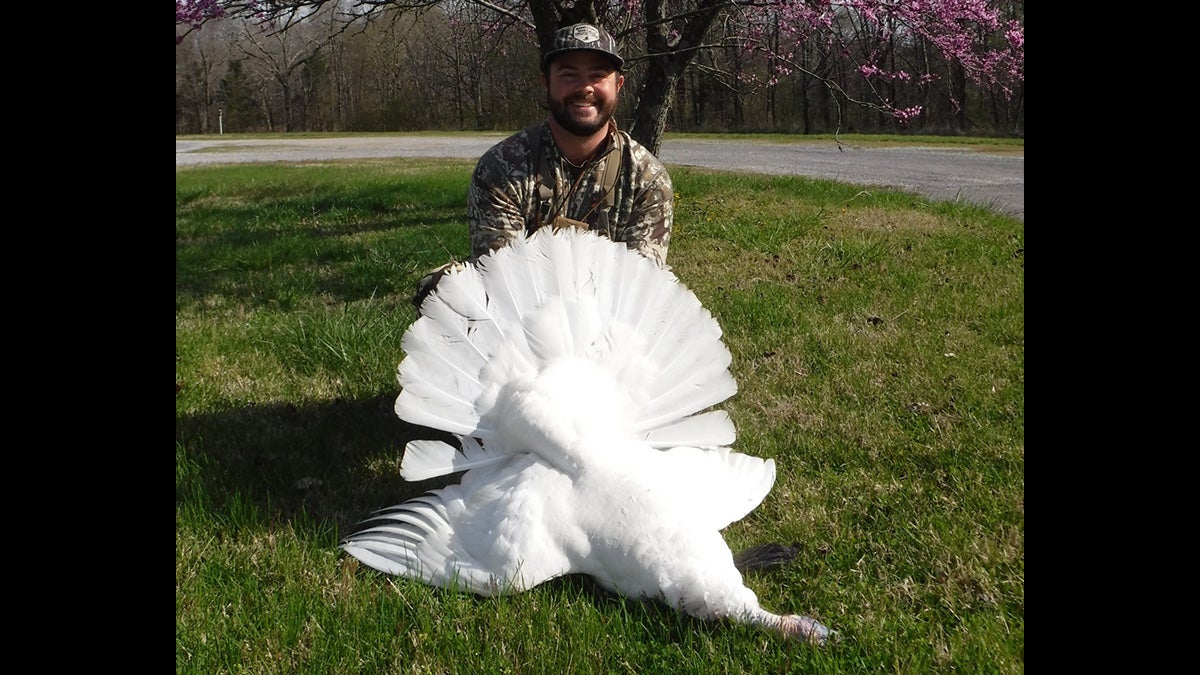 Cliff Timmons of Greenville, South Carolina, came home from a public-land hunt last week with an incredible trophy—an all-white wild gobbler. The hunt was part of a limited-quota turkey hunt at Land Between the Lakes National Recreation Area, a 170,000-acre tract of public ground that is situated between Kentucky and Barkley Lakes in Western Kentucky and Tennessee. The area is known for its prime turkey hunting—but Timmons was likely not expecting to encounter a completely white wild bird.

“Nature comes in all colors, and that was proven last week when a hunter got the turkey of a lifetime at Land Between the Lakes,” wrote the U.S. Forest Service in a Facebook post on April 19. “It wasn’t the beard or the spurs that were impressive but instead, its beautiful white color. The white feathers are caused by a condition called leucism which causes a partial loss of pigmentation.”

The unusual gobbler created quite a stir at the check station—and now, on social media. A U.S. Forest Service biologist verified the kill. Timmons’ bird is the second high-profile leucistic gobbler taken this season. Field & Stream recently reported on an all-white bird that was taken by a hunter in North Carolina.

Read Next: How to Hunt Turkeys in the Backcountry

Leucism is a recessive genetic mutation that affects the pigmentation of birds, mammals, and reptiles. Leucistic critters typically express patchy, gray, or all-white coloration. Officials from the National Wild Turkey Federation say that leucism in wild turkeys is no indication that the individual turkey is related to domestic turkeys, some of which are also white. The organization’s National Director of Conservation Mark Hatfield notes that several leucistic turkeys make the news each year and that there is no inherent conservation value to having leucistic turkeys on the landscape. The organization fully endorses the take of leucistic turkeys, so long as all local regulations are followed.