When Planting a Food Plot is a Mistake

With herbicide and fertilizer prices at an all-time high, you can't afford to plant a food plot that won’t work—or worse, will work against you 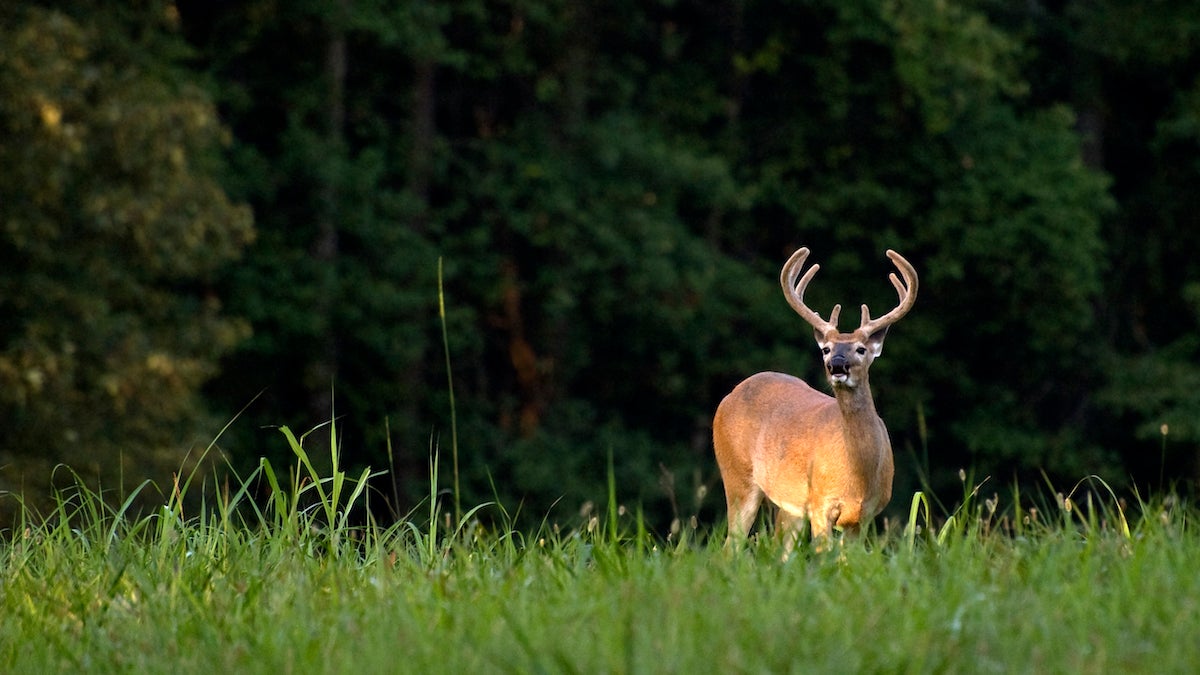 Food plots won’t automatically bring mature bucks to your property. In fact they might even push them away. busypix via Getty Images
SHARE

I suppose there are whitetail geeks who love food plots more than me, I just can’t think of any right now. Every year I devote ridiculous amounts of time, energy, and money to constructing, planting, and maintaining food plots, and I killed my biggest bow buck while hunting over one. So yeah, I’m a fan.

That said, I’ve learned—through experience and epic failure—that there are times, and properties, where food plots make little to no sense. And as a guy with a limited budget and precious little free time, I’m not going to waste either of those commodities sowing seed for whitetails. Here are five instances where a food plot just doesn’t make sense.

1) You Don’t Have Time, Money, or Equipment

Despite the glowing promises of easy plantings that will draw big deer in like softball players to a free keg of beer, doing food plots right can be a lot of hard work. If the site is not established, at the bare minimum you’ll have to mow and/or spray weeds or other vegetation, and in some cases, there are trees to drop and rocks to remove. All that amounts to a ton of sweat equity, extra equipment, and inevitably some cash—and you haven’t even planted the first seed.

Then you’ll need a soil test, and you’ll need to buy and apply the correct amounts of lime, fertilizer, and seed. To spread the amendments and seed, you’ll need even more implements and even the cheapest versions of these are going to reach into your wallet, not to mention gobble up any free time you’ve built into your schedule.

So yeah, good food plots will undeniably attract deer to your hunting parcel, and you may even kill a few of them. But if you’re on a tight budget and have limited leisure hours, food plots don’t make much sense. You’d be far better off holding tight to those hard-earned dollars and investing your vacation hours scouting and hanging stands, not to mention getting comfier with your bow or rifle at the range.

And if you feel even slightly guilty about not planting food plots, stop that. Remember, people were killing the heck out of deer long before a single whitetail hunter knew (or cared) what a brassica, chicory, or rape seed looked like.

2) Your Property is Too Small

While food plots boast the obvious advantage of attracting deer to your property, they come with a potentially troubling disadvantage; they make those same deer linger near your food longer than you might have intended. Sound like a nice problem to have? Not if your tract is a travel corridor, where there’s a relatively constant stream of bucks passing through it and almost none of those animals are aware of your presence.

As an example, I hunt a tract in Kansas that boasts about 15 acres of prime whitetail habitat in a 320-acre half-section. My stand is located in the hub of a creek bottom and three connecting draws, and my buddies and I have tagged three wall-hangers from that spot in the last decade and we’ve done so without alerting any nearby deer. That’s because the tiny creek bottom is a travel funnel that influences bucks’ behavior entering it from miles away, and some of those deer have never stepped on that tract before the rut.

Are there natural openings and gaps in that stand area that could host a food plot? Of course. But that food source would invariably influence deer to bed and feed in the immediate proximity. Those same deer would spook as I entered and exited my stand and, before long, the same stand I hunted—a spot that basically flew under the radar of even resident deer—is now a questionable spot in their world. Given the choice between an airtight ambush and a whitetail feeding spot, I’d take the ambush almost every time.

3) You Have Other Important Stuff That Deer Need

I had just finished speaking to a group of deer hunters at a seminar when a gentleman sidled up to me and asked if I had time to chat with him about his property. “I have 40 acres, and about half of it is a young stand of aspen that was clearcut three years ago,” he explained. “I was wondering how much of that aspen I should bulldoze so I can get some food plots in there?” My answer was a resounding “Zero!”

Those of us familiar with aspen (we call it “popple” here in the Midwest) recognize that it’s a tree made for whitetails. In its first stages of growth it provides unparalleled browse and cover, not for just a specific time window, but throughout the year. As it matures, the stem density of aspen remains adequate for bedding and security for several years. And just when the trees are tall, mature, and of seemingly no value to whitetails, you can clearcut them and the process starts all over again. It’s like a perennial food/bedding source that can be managed for decades. And just to sweeten the pot, aspen attracts songbirds, ruffed grouse, turkeys, and other species.

In the rush to “plant something good for deer” we often neglect to search our property for natural species that not only accomplish that goal, but may be way harder to establish or nurture than any food plot. White oak trees are another perfect example. In addition to being an incredible financial boon when they’re mature enough to harvest, white oaks pump out one of the most attractive natural deer foods out there. I’m blessed to hunt in a region where ag fields, woodlots, and food plots offer a rolling salad bar of deer eats. And I’m here to testify that the white oak acorn drop will make whitetails ignore all other foods. I’d rather have oaks on my property than the prettiest food plot out there.

I take a similar stance on bedding/security cover, another asset I’d much rather manage than a couple acres of turnips or clover. Think about it: What would you rather have on your property, a little snack bar where a deer might spend a few minutes each day? Or the cover that makes a mature buck feel safe for hours at a time? As someone who’s hunted properties lacking cover, I can tell you I’d trade almost any food plot for just a couple of whitetail hidey holes.

Several years ago, I was a member of a lease that boasted lots of acres consisting of almost nothing that deer needed. Open areas were devoted to pasture for sheep and cows, and pockets of timber were dedicated to even more grazing. After walking the extensive property I finally located a corner that could be fenced off and worked up into a food plot.

I checked with the landowner to make sure a food plot would work there and received a thumbs-up. That weekend I worked up some dirt, tossed in some seed, and eventually, I watched the plot blossom.

But when I returned to hang a stand I was crushed. Hunters on the neighboring property, which bordered my tiny plot on three sides, had hung stands to take advantage of my little patch of rye and brassicas. Those stands—while clearly on their side of the fence and technically legal—were facing my plot, the obvious aim of the archers who hung them to shoot deer feeding on my side of the fence.

I left that day without hanging a stand. I suppose with some effort or clever trail cam work, I could have proved those guys were shooting deer on property they didn’t have permission to hunt, but that’s not how I enjoy spending the precious moments of my fall.

Since Then, I’ve used that experience to evaluate other potential food plot scenarios. I have permission to hunt several hundred acres of private land near my home, but those properties are often bordered by state land on one or more sides. Every time I consider planting a food plot on the private property I hunt, I consider the possibility that such a plot will do more to benefit hunters on the state land than it will me.

Obviously, those guys on the other side of the fence have the perfect right to hunt deer hanging out on the public land. I also have the privilege of deciding whether I need to help them achieve their buck-hunting goals. The takeaway? Food plots do as much to attract other hunters as they do deer, so plan accordingly.

5) You’re New to The Property

Any time I get on a new hunting tract, I’m looking the place over for potential food plot sites. I know that deer are slaves to their stomachs, and if a tract has the right stuff for growing deer food, plots have the potential to turn a so-so spot into a good one—and a good property into deer paradise. I’ve also learned, through hard experience, to tell myself “not so fast, Sparky.” Before I turn any dirt or plant a bunch of food, I want the plots I plant to a) feed deer in a spot they already feel comfortable and b) increase hunting opportunity. And the best way to achieve those goals is to simply hunt the property for a season.

I know I can look at Google Earth or just about any hunting app and nail down some logical food plot sites, then verify them with a little boots-in-the-dirt scouting. And if I have access to a property in the spring and truly have time to walk it, I’m comfortable making educated guesses as to where food should go. But if my first glance doesn’t come until summer or early fall, I’m going to hold off on making decisions until I have a clear picture of the property.

Read Next: How to Finally Win the War on Weeds in Your Food Plot

Food plots need to be part–not the focus–of a land management plan. As noted, I want food plots to be situated in spots where deer already want to go—and make sense for me to hunt. The best way to glean that information is to first observe how deer use a tract, then construct food plots sensibly, as part of a sound management plan that considers bedding cover, travel routes, and what’s happening on adjacent properties. Sure it’s exciting to give deer food in a spot where there used to be none, but it’s far better to approach food plots methodically with an eye toward long-term results.