Our shotguns editor visited Winchester's Nilo Farms this month to put the company's newest shotgun loads to the test. Here's what he liked best and why 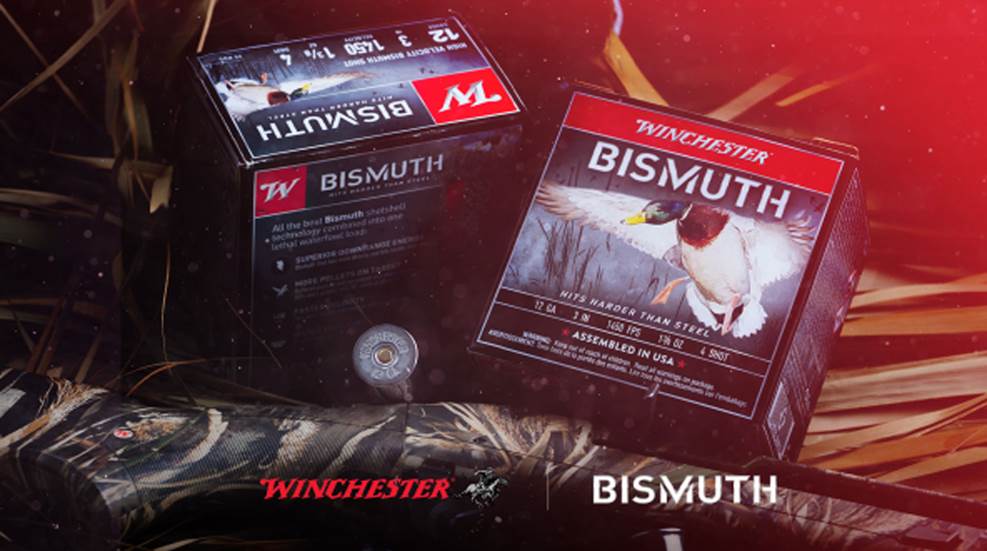 Currently the Winchester ammo plant in East Alton, Illinois, runs 24 hours a day five days a week, six days whenever the supply chain coughs up enough raw materials to keep the loaders running. Although they wouldn’t divulge exact numbers, our tour guide assured me and some fellow writers that they are making “well North” of a million rounds a day.

Among those million shotshells a day are some new loads, and the purpose of our tour in the beginning of March was to show them off to our group. Winchester engineers showed us some new products in a classroom show-and-tell presentation, then in the field at the famous Nilo Farms.

The new Winchester bismuth stood out. A lot of people are loading bismuth these days, because it’s denser than steel and safe in older guns. But, bismuth-tin pellets are brittle, and some will shatter during the rapid acceleration from 0 to 900 mph in the barrel of a shotgun. Most bismuth loads I’ve patterned have performed a little worse than comparable lead loads. They work, but the pattern density can be disappointing. Bismuth pellets break or deform during setback, especially those at the bottom of the shotcup where they are squished by those on top, reducing the number that stay round and intact to fly true.

Winchester’s new bismuth is different. The company’s engineers have protected the pellets with a plastic micro-bead buffer material inside the shell, and the difference in patterns between this bismuth and the competition is impressive. At 60 yards, round Winchester bismuth pellets made a genuine duck-killing pattern the likes of which I have not seen from other bismuth ammo. What more, we shot flighted ducks at Nilo with the new bismuth, and I was impressed with how many went dishrag-limp in the air. Winchester new bismuth with be available in 1450 fps, 1-3/8-ounce 12-gauge loads of 4 or 1 shot, and in a 1-1/8 ounce, 20-gauge load of 4s at 1300 fps. They should sell for $45 to $50 per box of 25.

Another new load we tried was Diamond Grade Super Pheasant, an extension of the Diamond Grade line of target loads which contain 8-percent antimony shot, the hardest lead pellets on the market. Putting extra-hard shot in pheasant loads and launching it at moderate (1300 fps) velocities is a recipe for tight long-range patterns and good penetration. A wild ringneck going away presents a deceptively small vital area with a lot of bone, feathers, and muscle shielding the important organs. I’ll usually pass on going-away shots at more than 30 yards in the field. But at Nilo Labs, I took—and make—stupid long shots at flushing pheasants, including one going away at an honest 65 yards. Diamond Grade Super Pheasant impressive stuff, and I am looking forward to shooting it in the fall at much closer wild birds. It comes in 1-3/8 ounce, 1300 fps loads of 5 shot in 12 gauge, and a 1-ounce load of 5s at 1300 in 20.