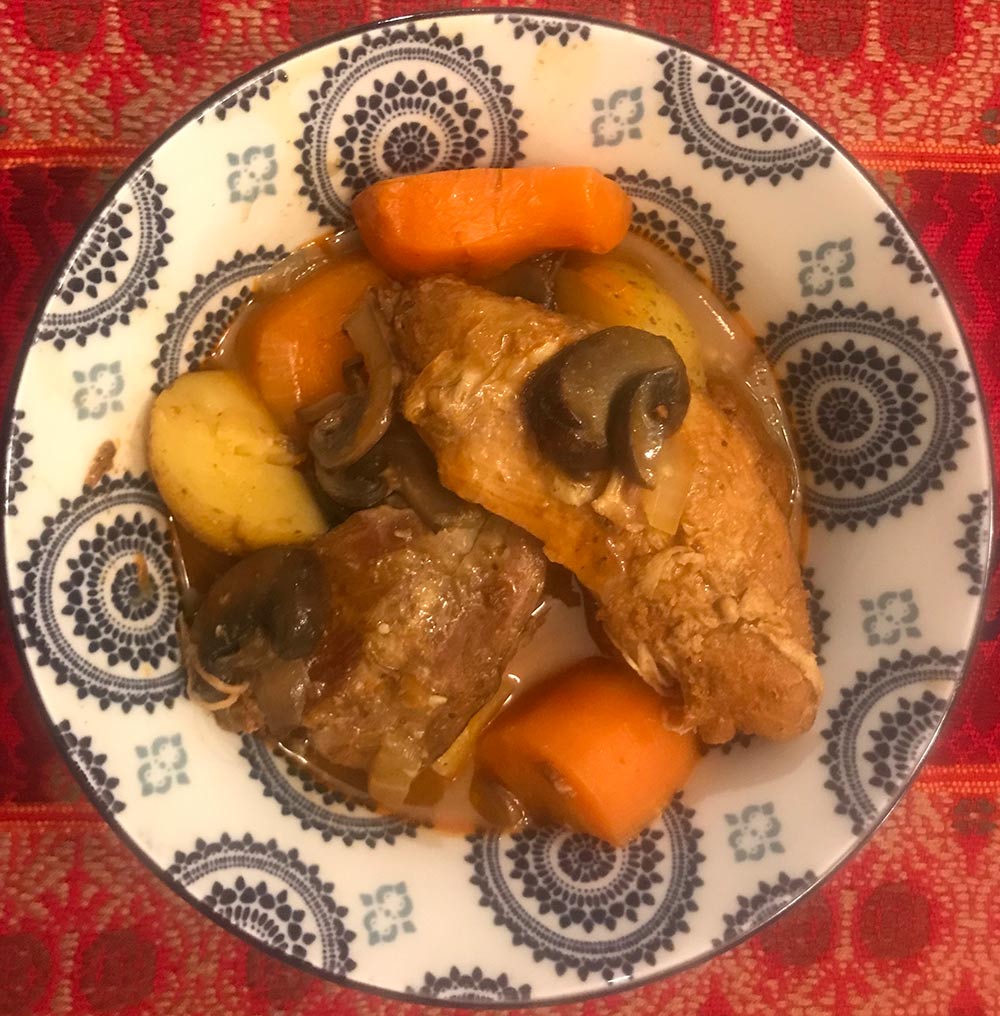 Spring has arrived. The turkeys are gobbling, and with any luck, you’ll tag a big, old bird with a long beard, hooked spurs, and a full-tail fan. Turkey hunters dream about shooting an old gobbler, as it represents a well-earned trophy.

The downside to shooting an old bird is the challenge involved with cooking all the edible parts, including the thighs. The good news is, there is a new-fandangled kitchen appliance that can make even the oldest turkey taste tender and moist.

If you’ve never heard of a multifunction electric pressure cooker like the Instant Pot, you didn’t look at any flyers in the mailbox leading up to Christmas. They are the newest rage in cooking and are likely to dominate the sale aisles for Easter and Mother’s Day. The Instant Pot is a modern version of a pressure cooker, with functions to allow you to sauté or even use it as a rice cooker at the touch of a button. It works by cooking with liquid under pressure, which tenderizes meat while retaining flavor and moisture—paramount to successfully cooking a wild turkey.

The all-in-one pots expedite cooking for those on the run or short on time or patience. A dish that would normally braise or stew for hours can be cooked in less than an hour, with a superior finished product.

Just like the old pressure cookers they are fashioned after, the Instant Pot can be a little intimidating the first time you use it. Canadian inventor Robert Wang has turned a basic pressure cooker into an easy-to-use push-button device. The concept is quite simple: Use pressure and heat to reduce cooking time. What would take 6 to 8 hours in a crockpot, takes 20 to 30 minutes in an Instant Pot. For hunters, this not only means quick and easy meals, but moist and tender game meat that can sometimes be tricky to cook.

An old gobbler is a good example of something that could be tough to keep palatable for the entire family. With an Instant Pot, you can break down the legs and thighs into tender morsels that are loaded with flavor. The breast meat is also a superior finished product when cooked in an Instant Pot as cooking under pressure maintains the moisture content in the white meat, which is the trick to keeping it tender. Here’s one great recipe we just tried.

*It is important to cook the turkey first, as it takes longer to break down and become tender. If you cooked the vegetables for the same amount of time, they would be overcooked.

The sauté function on the Instant Pot heats up fast and is great for searing or browning meat and vegetables. After browning your turkey meat, remove it from the pot and make sure you deglaze your pot, so any caramelized and browned bits on the bottom don’t block the heat sensor and trick the unit into thinking that something is burning. From this point, it’s easy to follow the recipe to complete the dish.

After pressure-cooking meat, let the pot vent naturally for some time. Many recipes call for the addition of vegetables as a second cooking step, so manually venting, in this case, prevents the vegetables from getting too mushy. As in this turkey recipe, we are cooking the meat first and adding vegetables in the second stage. When the turkey is cooked, we let it depressurize naturally for 20 minutes, however when the vegetables were added, we manually vented the unit at the end of the cooking time to ensure the veggies are cooked to the correct consistency.

Is It Really Burning??

Occasionally, the Instant Pot may give you a “burn” error message during pressure-cooking. There are a few reasons for this, but the most common causes are the pressure weight isn’t in the sealing position, or the pot wasn’t deglazed well enough, and there are brown bits stuck to the bottom that are blocking the heat sensor. Occasionally the weight can be lopsided on the steam vent, so make sure that you place the weight straight on and turn to the sealing position.

There is no “on” button. When you set the time and pressure, or select one of the preprogrammed functions, the unit will automatically turn on after a short delay.

One feature that can be very handy is the “Delay Start,” which offers the ability to postpone the cooking time. It’s important to know this function is available to cook your meal while you are out hunting, but for those who don’t read the manual, don’t think this is the on switch to get your meal cooking, or you’ll just end up delaying your meal inadvertently—like I did the first I used it. When the cooking time is up, the unit defaults to the “Keep Warm” mode and provides a time count.

Is The Pressure Off?

When you’re cooking meat, it’s always best to let the unit depressurize at least partially on its own. I would recommend doing the Natural Release for 20 minutes, which ensures everything is cooked to perfection and makes it easier to vent the pot manually after that. If you are impatient and want to move on to the next step, or just get the meal on the table, the unit can be vented manually by doing a Quick Release. Turn the pressure weight to the “Venting” position to release steam from within the pot and release the pressure. Be warned: The steam WILL burn you if you have exposed skin above the weight. Wear an oven mitt to turn the pressure weight and keep your arms and face away from the steam port. There is a safety feature within the unit that will not allow you to open the lid until the pressure is released and the float valve drops down. If you try to remove the lid while the float valve is up, the lid will not turn, so be patient and give it a few more minutes.

There is no need to be afraid of pressure-cookers, because the new models are idiot-proofed. Your biggest concern will be burning your fingers, or face if you try to get a close look while steam is venting from the pot.