Is the 16 Gauge Shotgun Still Dying? 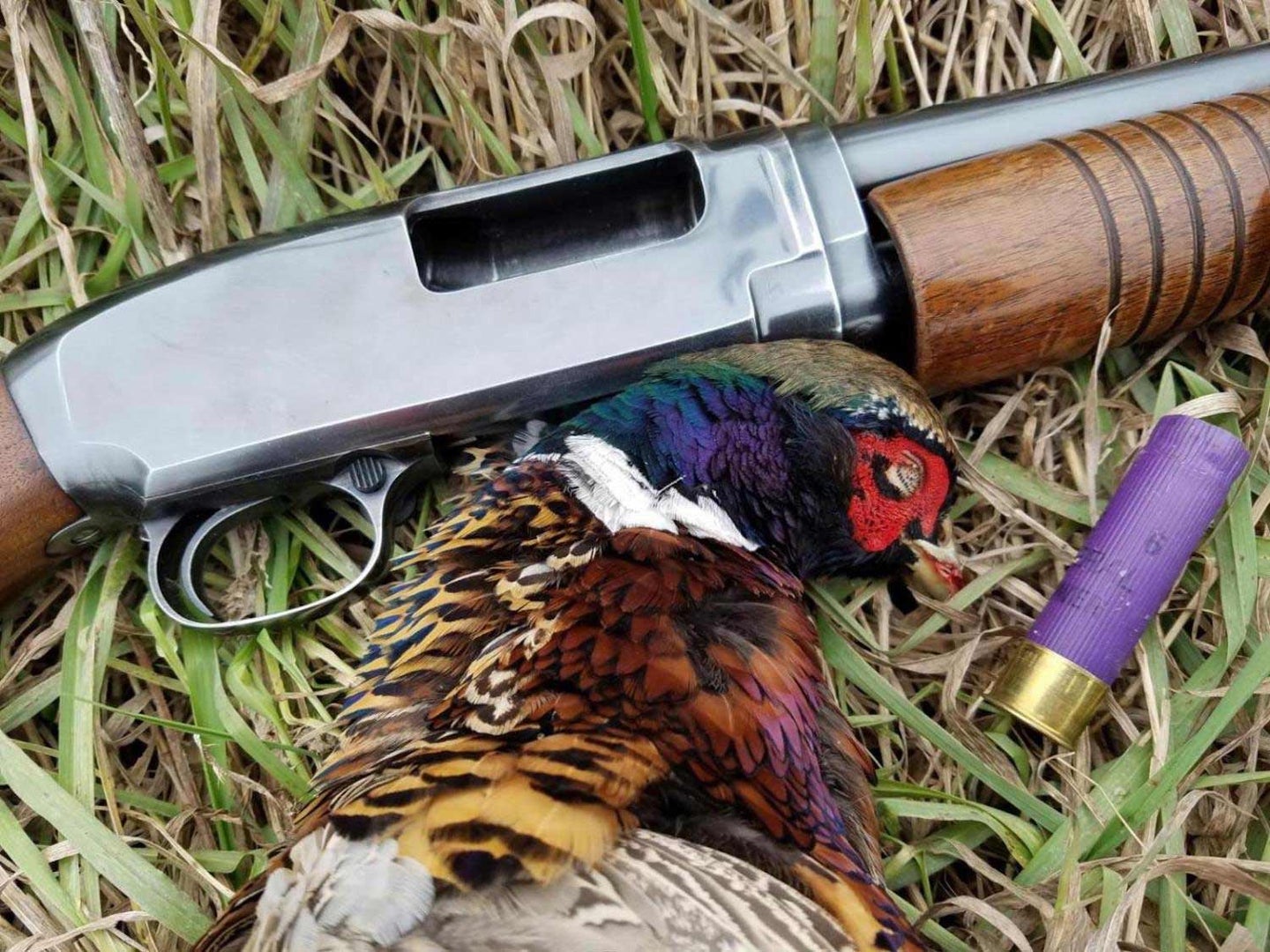 This summer a Model 12 Winchester in 16 gauge appeared among the various beaters and camo pumps and semi autos on the used rack at my local gun shop. In the way of Model 12s it looked slim, understated and elegant compared to all the guns around it. I thought about it for all of ten seconds and said, “I want this.”

Made in 1957, it’s the quintessential 16 gauge: light and trim, but still plenty powerful for any upland hunting. At 6 ½ pounds with a 28-inch barrel, it’s a perfect gun for long walks in the tall grass.

While I would have bought the gun regardless, my decision was made easier by the recent uptick in 16 gauge interest. My Model 12 came with a few old boxes of shells the previous owner never got around to shooting (they work, the Federal shell in the picture was loaded in 1989), but it was reassuring to know there’s more 16 gauge ammunition available now than there has been for a while. I’d be able to find a variety of ammo for my gun no matter what I wanted to hunt with it, and, if it got lonely as the only 16 in my gun cabinet, I could choose among several new 16s to keep it company, too.

Browning can claim the credit. With the introduction of a Sweet 16 version of the A5 semi auto in, appropriately, 2016, Browning almost single handedly kick-started a small 16 gauge revival. Key to the Sweet 16’s success wasn’t just its light weight and nostalgia value, but a line of Browning 16 gauge ammunition for it. Always ready to crowd into a new niche, other gun and ammo makers saw the interest in Browning’s gun and introduced new guns and new ammo of their own.

I’ve written about the supposed death of the 16 gauge and the reasons for it. It’s important to point out, too, that the 16, loaded sensibly, is a great gauge, and with an ounce or an ounce and eighth of lead is equal to almost any upland situation. A few years ago I did a bunch of pattern testing with the engineers at Federal, and one of the questions we looked at was the alleged magical efficiency of the 28 gauge, which we tested by comparing patterns from 12, 16, 20, 28 and .410 field loads. What we found was that the 16, not the 28, seemed to be the gauge that patterned better than it should.

Whether there is really is ballistic wizardry in the .662 bore on not, you might need to do your part in helping the 16 to rebound. There’s no lack of ammunition. The Browning ammo line comprises target, upland and steel waterfowl loads. Federal offers lead and steel, and even TSS loads through its Custom Shop, in case you’d like to turkey hunt with your 16. And, for those of us with older guns, or who would like more oomph for waterfowl that comes with the standard 15/16 ounce steel load, there are bismuth shells by Rio, Kent, HeviShot and Boss.

Read Next: Do We Need a 3-Inch 16 Gauge for Waterfowl Hunting?

As for guns, the sub-six pound Browning Sweet 16 A5 inertia gun is a gem, and there’s a trio of new alloy framed, lightweight O/Us from Savage, Franchi and Browning, that are just as light and trim. Browning showed a limited run of Citori 725 16s at SHOT Show while the Savage 555 and Franchi Instinct SL are readily available production guns. CZ also offers its Sharptail double in a 16 gauge, if your taste runs to side by sides instead of O/Us.

Or, you might prefer an old gun. You can still find Model 12s and the original Auto 5 Sweet 16s, as well as the Remington Model 31 and Ithaca 37 pumps. All of those guns were built on smaller, 16 gauge receivers, and they are everything a 16 should be: light and powerful, a perfect example of less being more. It’s good to have them back.