Learn How to Speak Deer This Season

It’s not enough to talk to bucks. You need to say the right thing 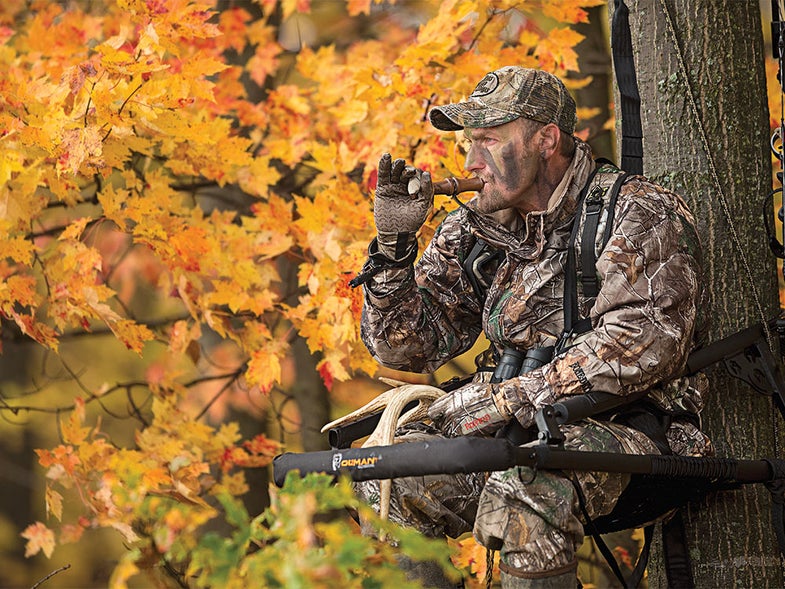 Mix It Up: A grunt call is a great way to get a buck's attention. But it shouldn't be the only call in your arsenal.. Lance Krueger
SHARE

As the rut approaches, hunters dig out their grunt tubes and can calls and get to work. Problem is, most blind call to little effect. There’s no doubt that speaking deer language works, but not so well when you just prattle on randomly. As with any good conversation, you need to read the situation and say the right thing at the right time. Here’s how.

Situation: Two or three bucks are hanging out in the same corner of a food plot or working down a wooded ridge in a rough single file.

Why It Works: Even though these bucks are hanging together like buds, one of them is definitely the top dog. Just one grunt from a stranger should fire him up, because he’s been hanging around submissive deer all day. Watch his body language after you’re sure he’s heard you. If he bristles up at all, keep grunting. You’ve got him.

Situation: A solo buck appears almost bored as he works his way through the woods.

Best Call: Contact grunt, first. But if he clearly hears you and doesn’t commit, switch to a snort-wheeze.

Why It Works: Lone bucks are often looking for company, and that’s why the grunt may be all it takes to bring him in. Sometimes, for reasons known only to them, bucks ignore grunting. They don’t ignore snort-wheezing. They’ll either commit or leave—and since he’s leaving anyway, you have nothing to lose.

Situation: A lone buck is making scrapes and raking brush randomly as he travels.

Best Call: As many snort-wheezes as it takes.

Why It Works: When a buck’s body language says I’m the man, a snort-wheeze says Prove it. It doesn’t matter if he’s a 200-inch bruiser or a 100-inch skipper; if he’s feeling good, he’ll come over to at least discuss the matter. 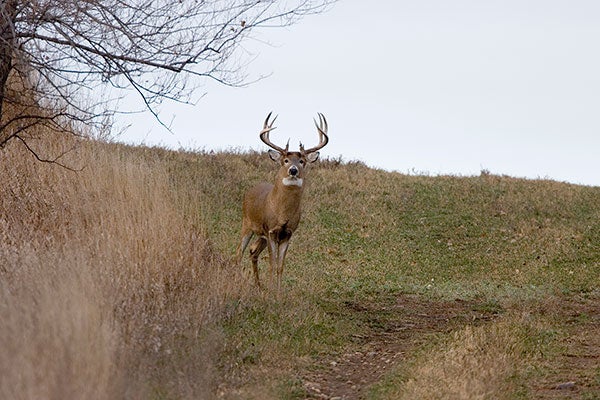 There’s more to calling in a buck than just randomly grunting into a tube. Here’s how to perfect your technique.

Calling Tips: Talk Him Down

Situation: You spot a buck that’s clearly on a love-finding mission, with his nose to the ground and his legs churning.

Why It Works: The buck is obviously looking for love, and this will make him think he’s found it. Just make sure he can hear you. Then get ready.

Situation: A lone, nervous doe is tiptoeing past.

Why It Works: The misery of being harassed—by every buck in the woods—loves company. She’s apt to answer as she slips closer. There’s nothing better than having a live doe around your stand during the first two weeks of November, especially if she’s chatty.

Situation: A harried-looking doe trots past with an eager suitor in tow.

Why It Works: This buck has worked too hard at this point to suffer any competition. Truth is, he’ll usually just ignore you and stay right on her tail. But not always, and if there’s one call that can pull him away, this is it. Snort-wheeze loud until you’re sure he’s heard you, then grab your gun or bow.