If you like to watch naked people having nervous breakdowns and getting bitten by bugs in warm, disgusting parts of... 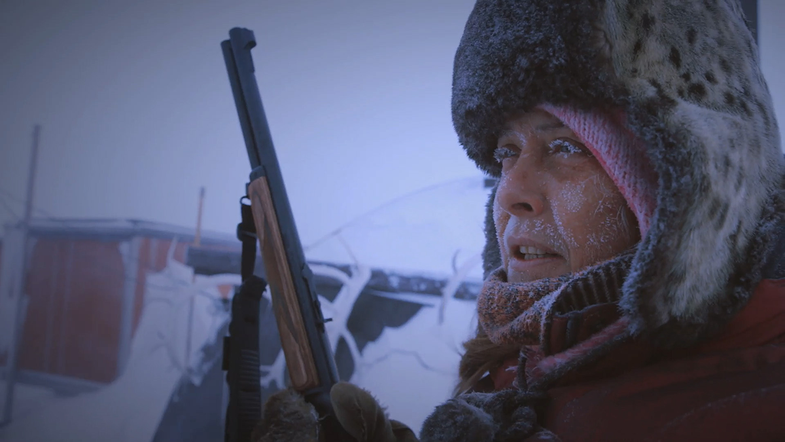 A scene from Life Below Zero. BUY IT NOW.. National Geographic Channel
SHARE

If you like to watch naked people having nervous breakdowns and getting bitten by bugs in warm, disgusting parts of the world, Naked and Afraid is your cup of tea or, more properly, your cup of protozoan-infested water. However, for the real deal, Life Below Zero is the place to tune in. I was very glad to see the folks come back for another season.

Ken Warner observed long ago that surviving in Alaska is not so much a matter of being a dead shot, although that helps, or being able to kill a grizzly in hand-to-hand combat, although that could be useful too, but of being a good enough mechanic to keep a chainsaw and a snowmobile running. So true. Sue Aikens deals with all sorts of machinery all the time, as does Andy Bassich, who can apparently make anything. Glenn Villeneuve lives much more simply, but is nonetheless ingenious with the basic tools he has.

They have other qualities as well. All of them live with the constant knowledge that they live one mistake away from not living any more. In a recent episode I watched Glenn Villeneuve try to wrestle a 100-pound block of ice he had cut out of a lake through a hole that was not quite big enough to let it pass. The air temperature was -40. He took off his coat and gloves, rolled up his sleeves, wrestled it barehanded, and finally got the thing clear.

I’ve hunted a bit in -40 degrees, and I can tell you that that if you take your glove off for a minute, your hand turns into a claw. How Mr. Villeneuve managed to go ice-groping in that temperature is beyond me. If he had slipped and gone into the water he might not have survived, even with the camera crew there to pull him out. If he’d been on his own and slipped, it would have been lights out.

It takes a fair amount of guts to live this way, all the time, year-round.

The other quality these Alaskans bring to the game is the ability to endure pain and function anyway. Andy Bassich nearly cut off the end of a finger, sewed it back on himself, and later removed a dying fingernail. It made you squirm just to watch. And then, right after performing his surgery, he went out on his lake to chop holes in the ice and rig traps. That must have stung some. As Bassich pointed out, you have no choice in the matter. You have to function if you’re going to stay alive. No one else is going to do this stuff for you.

Mr. Bassich and Mr. Villeneuve camp out in the open with the temperature way down in the minus numbers. Bassich brings several dogs along for warmth (if you’ve ever wondered where the phrase “three-dog night” came from, it’s from the practice of pulling a few mutts onto yourself for warmth—if you haven’t wondered, never mind) but Mr. Villeneuve goes solo. As Bassich said, you simply resign yourself to the fact that you’re going to be cold. Better him than me.

It’s a little hard to realize that not so long ago, we all lived like this. And we may well again. In the meantime, watch the show, and take notes. I’m glad to see the folks all back, and I hope they will fare well.