Do You Need a Mirage Shield?

What it does, and how to make your own for pennies 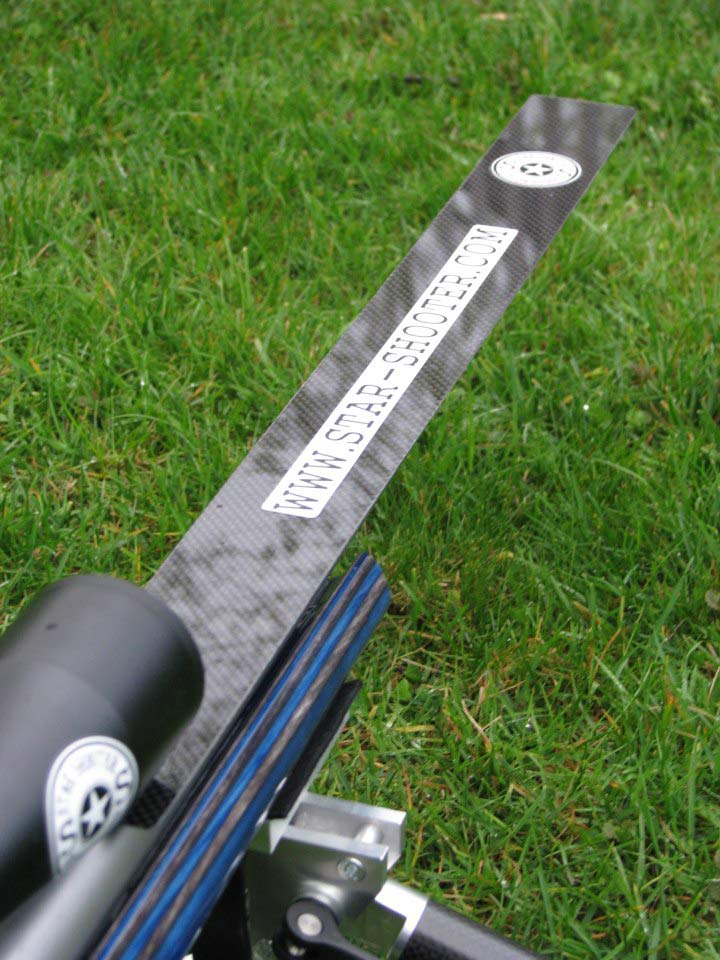 My most recent effort at mid-range shooting, in which I dishonored myself, revealed a number of things, not least of which was the realization that it was time to stop screwing around and start using a mirage shield. Why I didn’t use one to begin with is beyond me, but when you look down a firing line of 15 shooters and 14 of them have shields, reality starts to set in.

Why do you need a mirage shield? Because gunpowder burns at 5,000 degrees F. This is half as hot as the surface of the sun, so it’s pretty toasty. And, when you expose a steel barrel to this kind of heat, repeatedly, even if only for a nanosecond at a time, that barrel is going to warm up but good.

How hot does a barrel get? The only reliable figure I could find was a U.S. Army Ordnance report from 1975, which dealt with heating in the M-16 rifle. (None of the usual websites seemed to know about civilian guns. The typical answer was “hotter than two rats screwing in a woolen bag,” which is evocative, but not scientific.) The Army report is fully comprehensible only to military minds, but I was able to get a couple facts from it: [1] After 280 rounds, fired at the rate of one round per second, the temperature at the hottest point on the barrel was 1,300 degrees F. [2] The hottest point on the barrel was 6 inches ahead of the bolt face. As the rifle heated up, that point shifted rearward to 4 inches.

In my own case, my No. 7 contour barrel (heavy) heated up to the point where it would blister your fingers if you touched it. It was so hot that the heat spread through the scope rings and the scope tube itself. This was after 44 rounds of .308 ammo fired in 44 minutes on a day with bright sunlight and a temperature in the 80s.

When a barrel gets this hot, the heat waves boil upward at such a rate that they displace the image of the target at the least, and completely obscure it at the worst. As Warren Page used to say, it’s like shooting through a swimming pool.

The solution is a mirage shield. This is a thin slat of plastic, or aluminum, or G-10, or fiberglass, or just about anything you can scrounge that will deflect the heat waves around your sight picture as they travel upward. The most popular source of shields is old venetian-blind slats, and I’m told that the best source for them is the local dump, where the rats will keep you company as you search.

(I’m dubious about aluminum because it’s a terrific heat conductor, and it seems to me that if you position it a fraction of an inch above your barrel, it’s going to get hot itself, which puts you back at square one. However, people apparently use it, and it apparently works.)

There are a couple of sources that sell mirage shields, and I’m sure they are splendid ones, but everyone I know makes their own. Assuming you’re making it for a heavy barrel, you need a hunk of whatever that is 3-3 ¼ inches wide. For a slimmer barrel, you can scale back the width. The shield should extend from ½-inch behind the muzzle, not flush with the muzzle or out ahead of it, because the muzzle blast will rip it off the barrel and you’ll be wearing a sickly grin on your face wondering why your shield is waving in the breeze.

How far back should your shield extend? Most people cut them so they reach to the scope’s lens hood. I don’t think this is far enough. I’d bring it back to where the ocular-lens bell begins.

You attach the shield with Velcro. Most people use two or three tab-sized hunks. I like rectangles about an inch and a half long. The glue on the Velcro holds up fine in the heat, but I read somewhere that if you leave it on the barrel for a long period of time it will eat your bluing. I assume I don’t have to explain how Velcro works, but only add that you should degrease the barrel before applying it.

Mirage shields are for stationary shooters. If you’re running and gunning, yours will get ripped off the barrel in short order. The people with whom I shoot take them off when they walk from 300 yards to 500 to 600 and re-attach them at each position.

Do they work? Indeed they do, and in a most miraculous fashion. And you can make one, or several, for a couple of dollars. How can you improve on that?