After 11 hours in surgery, and nine stitches later, the 10-year-old is recovering 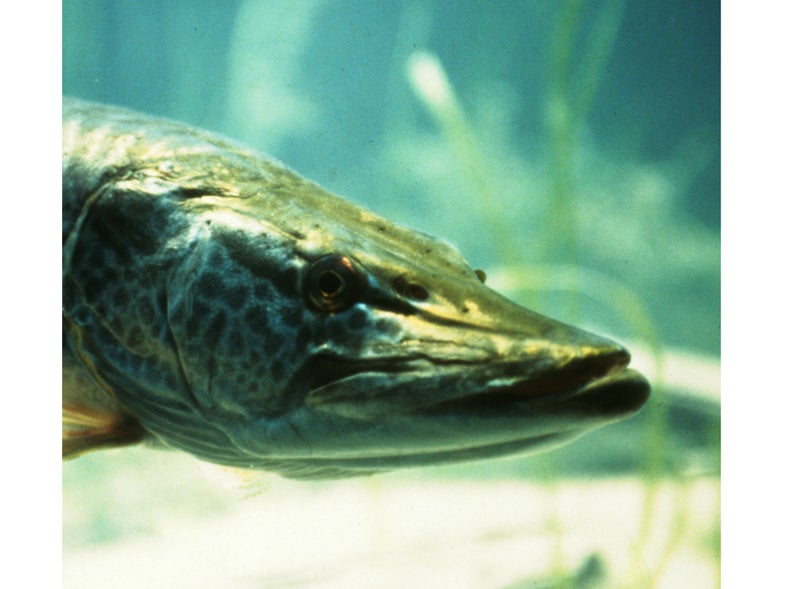 Maren Kesselhon of Duluth, Minn., is recovering from “razor-sharp” lacerations on her leg that stem from an underwater attack on Island Lake, in northern Minnesota. Surgery was needed to repair the bone-deep cuts and tendon damage, which doctors believe to be the work of a muskie.

It happened last week, when the 10-year-old’s family was having a relaxing day on the water. Maren, along with her two sisters, were taking turns riding a paddleboard behind her dad’s 16-foot boat.

Maren started yelling as she fought off the aggressor, getting the attention of her nearby family. “I couldn’t figure out what she was screaming about,” Ryan Kesselhon, her father, later told reporters. “Then she lifted her foot out of the water, and I could see it was filleted open in many places.”

Rushing Maren to the boat dock, they quickly got her first aid care before heading to the ER. Twenty-five cuts were examined at the hospital, nine of them requiring stitches. The attack took place in the early afternoon, and the family didn’t return home from surgery until nearly 11 hours later.

“The doctors felt very confident it was a fish by how razor-sharp all the cuts were. Some were down to the bone, like it was done by the sharpest knife you could use,” Mr. Kesselhon said.

Others speculate an otter is to blame, for a similar attack took place on the same lake in 2012. In that incident, Leah Prudhomme, of Duluth, Minn., was swimming in the middle of the lake when a nip at her ankle momentarily paused her triathlon training. Then, surfacing just a few feet away was an otter, which dove back under and “ferociously” attacked her legs, according to the StarTribune.

Although Prudhomme was wearing a wetsuit, the otter still managed to break skin, leaving 25 bite marks on the swimmer’s legs that called for a series of rabies shots.

The Kesselhon family and doctors firmly believe that the recent attack was by no otter. Maren agrees, telling reporters about her desire to get back in the water, “I’m going to give it a few months. Let them fish out a few more big ones, and then I’ll still be really careful.”