About 30,000 to 40,000 domesticated minks are on the loose in central Minnesota, after unknown culprits released them from a... 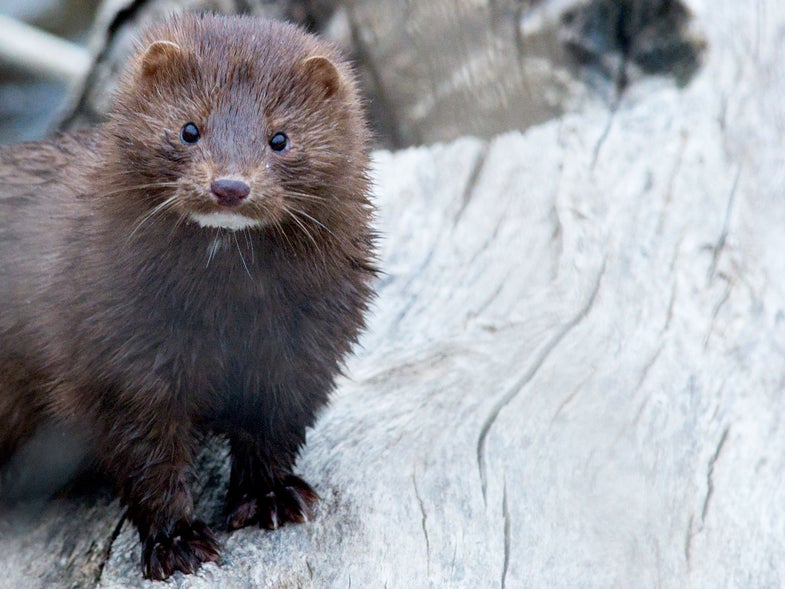 About 30,000 to 40,000 domesticated minks are on the loose in central Minnesota, after unknown culprits released them from a pelt farm early this week. Lang Farms, located near the town of Eden Valley, had their fences dismantled and cages opened by yet-to-be-identified persons sometime late Sunday night or early Monday morning, freeing thousands of the prized animals.

According to Minnesota Public Radio News, the minks are worth more than $750,000 total. Area residents who see the minks are encouraged to call Lang Farms, so that experienced handlers can safely recapture the animals.

In addition to investigating the damages done to the mink farm, officials are concerned about the problems the domesticated minks could create with native wildlife—though it’s unlikely many will last long. “Because these mink were domesticated, they will not survive in the wild, though some mink may survive initially and may be loose in the area,” the sheriff’s office told reporters.

Minnesota is the nation’s leader in mink-pelt production, making it a regular target for animal-rights groups. In 2013, a farm in the southeastern part of the state had nearly 500 minks set loose. But the most high-profile crime of this type occurred on a British farm in 1998, when activists set free 6,500 minks. In the following months, the minks wreaked havoc on local wildlife—killing endangered water voles, breaking into bird sanctuaries, and damaging livestock in the surrounding areas.

Though no one has claimed responsibility for the Lang Farms incident, the Animal Liberation Front Press Office has released a statement supporting the action.