A few of you have hinted on occasion that you might not want to spend a grand or more on... 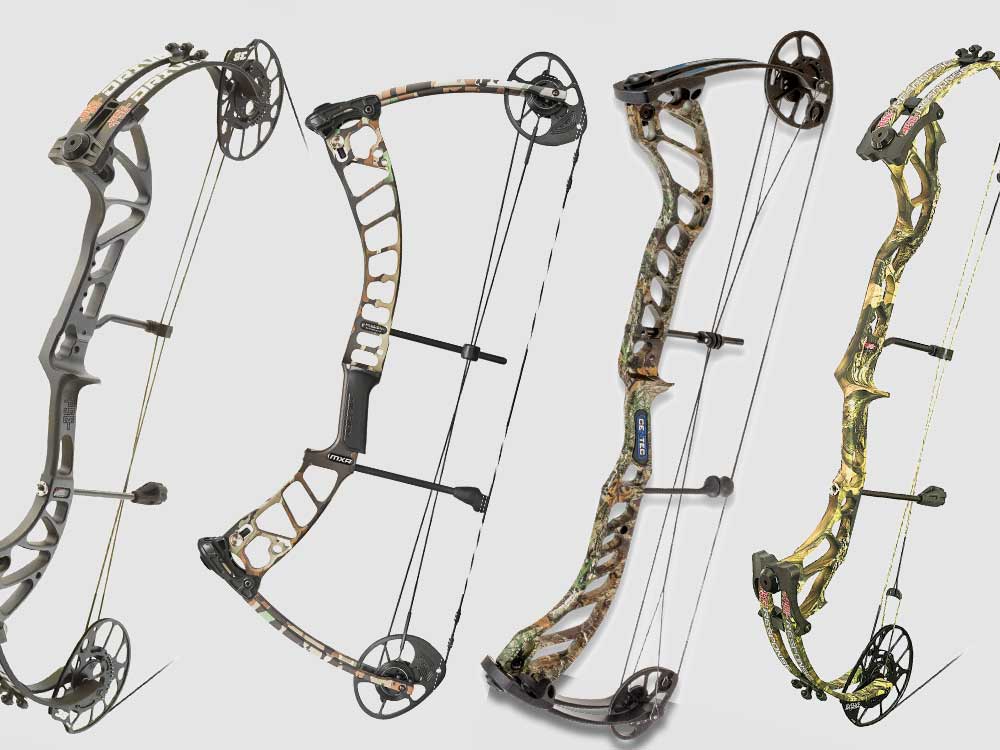 A few of you have hinted on occasion that you might not want to spend a grand or more on a couple levers, some pulleys, and a string. Some have even suggested that a person doesn’t need a flagship bow to kill a deer. So, for you, while everyone else was lined up to ride the hottest flagships at this year’s ATA show, I shot 2019’s new budgets bows. (I may have shot a flagship or two while I was at it, but they were right there, practically staring me.)

Seriously, if you’re like me and a lot of others hunters who are always looking for a bargain, there’s a lot to look at this year in the way of new compounds. We’re talking bows that are plenty-fast, pretty darn nice to shoot, and will kill deer or elk or moose or whatever you want all day for between half and way-less-than-half of what the newest flagships cost.

Here’s what I shot and liked. 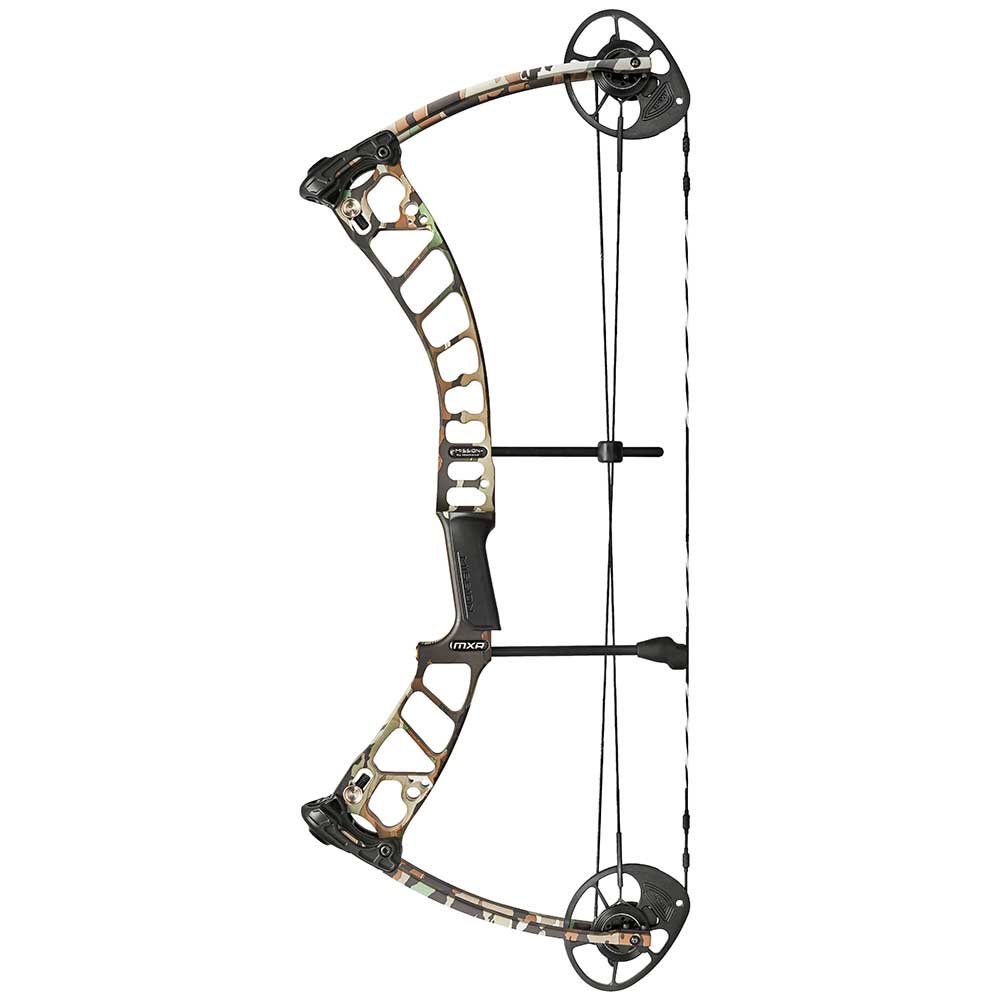 The new XRT features the Crosscentric Cam System, the same basic system that powers the Mathews $1,000-plus flagship Vertix, as well last year’s F&S Best of the Best award-winning Mathews Triax. The result is impressive speed (at this price range) in a bow that’s pleasant to shoot. The draw cycle is nice, the back wall is solid, and the valley is manageable, but what really impresses is how dead in the hand this bow is at the shot. The XRT also has a new, slimmer grip designed to minimize torque. Available draw weights range from 40 to 70 pounds, and replaceable mods deliver quick draw-length adjustments from 23.5 to 29.5, no press needed. So, what you have here is a bow with enough adjustability to suit a youth or beginner, yet enough speed at the top end to make it a serious, affordable grown-up bow. At under $500, it’s tough to beat this much versatility and performance. $499; missionarchery.com

The new Divergent is not a beginner’s model or a grow-with-you proposition; it’s a straight-up performance bow, designed to be handy in tight spaces and easy on the wallet. At almost 340 IBO it is as fast or faster than several of 2019’s flagship compounds. It is not quite as smooth, of course; any bow that’s this short and this fast at this price is going to be a little more demanding to shoot. So, you do feel the cams turn over, and the valley is a tad stingy, and there is a bit of vibration, but it’s all minor, easily manageable, and a perfectly reasonable trade-off for all that speed. If you are one of the many bowhunters willing to trade a little shootability for raw performance, you need to take a close look at the Divergent. (You don’t even have to choose between the five factions.) $699; beararchery.com 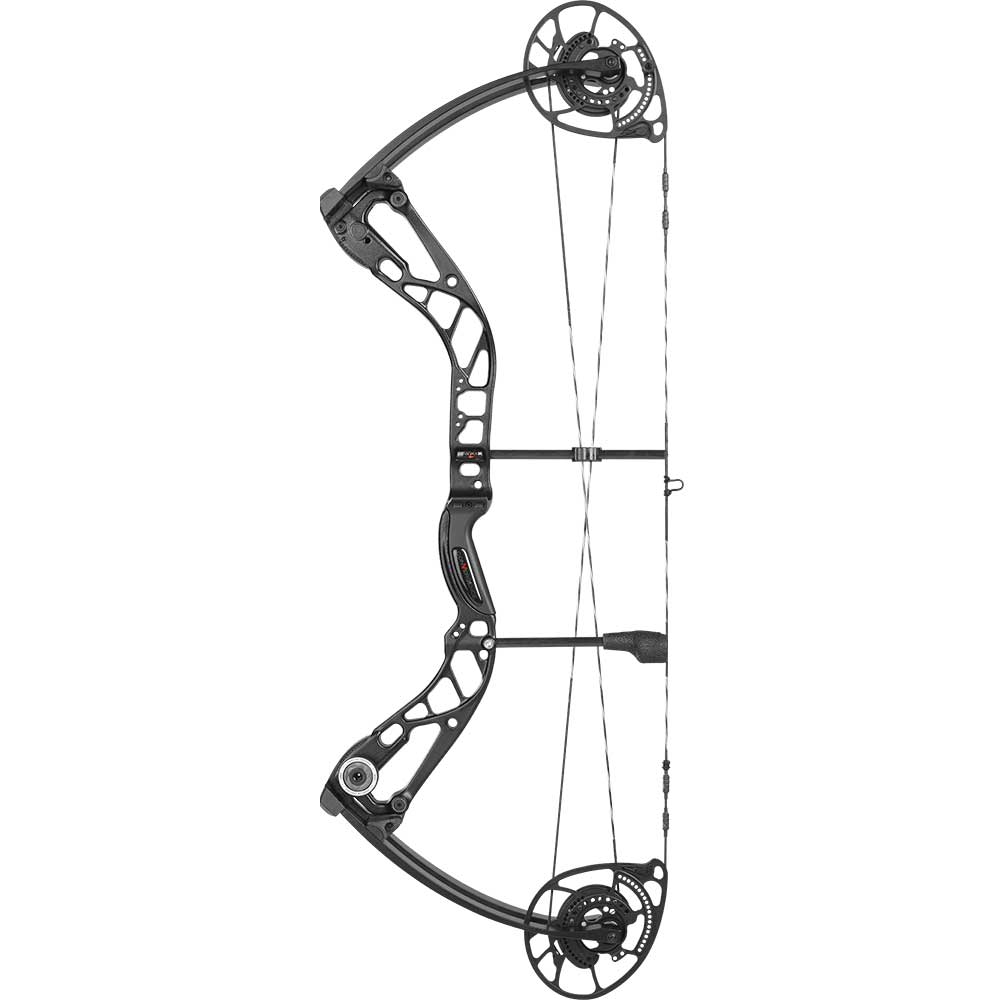 Given the name, you might expect this to be the opposite of the Bear’s Divergent, and in one sense it is: With massive adjustability in draw length and draw weight, the Convergence is a grow-with-you bow that’s perfect for beginners. Yet at 330 IBO, it also has enough get-up-and-go for anyone. Inspired by the company’s long line of best-selling high-adjustability bows, starting with the Diamond Infinite Edge on through to the Bowtech Fuel, this latest version emphasizes performance and accuracy with its Binary Cam System and wider split-limb design, which provides more stability. The Convergence also features Bowtech’s FlipDisc technology, giving you the choice between Comfort and Performance settings. I shot it on Comfort, and really couldn’t find a fault. $599; bowtecharchery.com 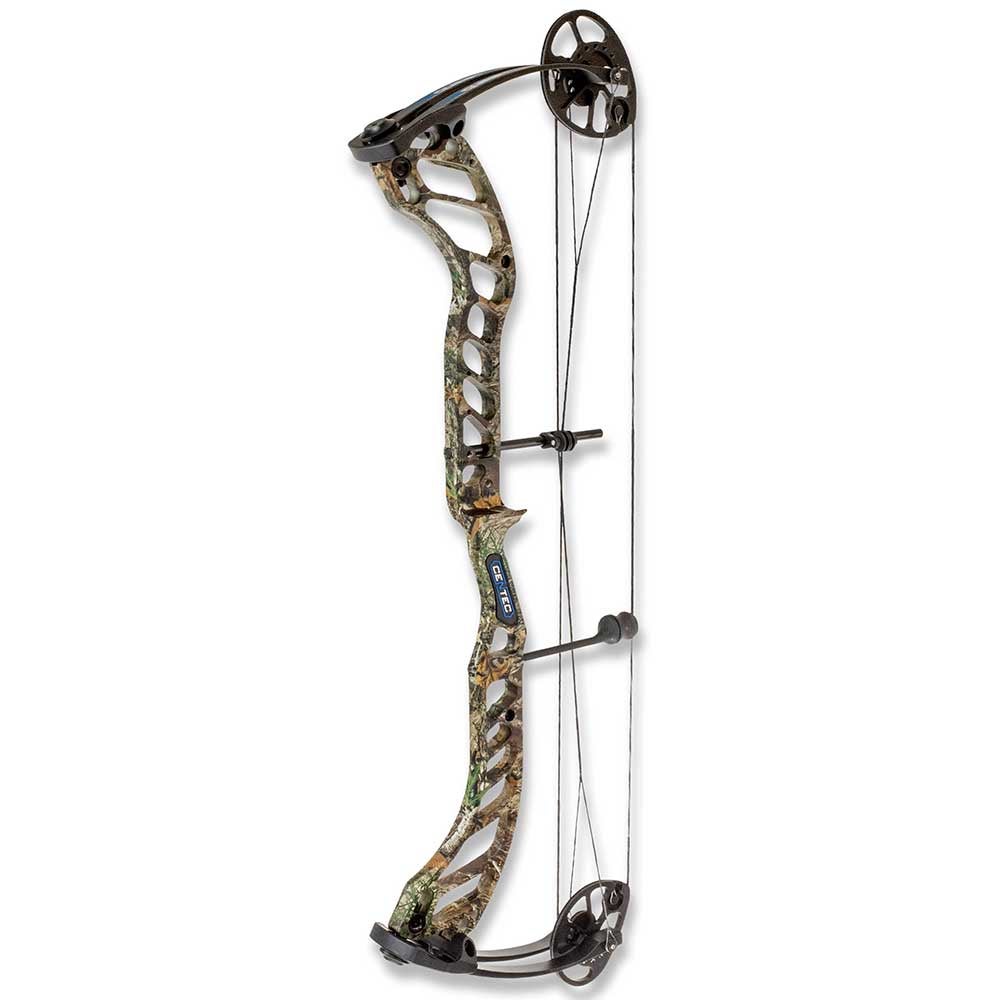 The Centec is one of those rare budget bows that does not look or feel like one, thanks in large part to aluminum limb pockets and a machined forged riser, two features you rarely see at this price point. Available in draw-weight ranges of 40-55 lb. or 55-70 lb., and a draw-length range of 24.5 to 30 inches (in half inch increments), the Centec has decent adjustability, and it’s also available in a 26-inch axle-to-axle NXT version, which is a true youth bow, with a draw-weight range down to 15 pounds. Both models feature the same Centergy technology found on sister-company Prime’s flagship, which puts the grip exactly in the center of the riser for better balance and aiming. The Centec I shot also showed shooting characteristics reminiscent of Prime’s best, including a super-smooth draw cycle and cement back wall. I can’t speak for the valley yet, as that was a work-in-progress on the demo bow I shot. That aside, this promises to be a very well-built and smooth-shooting bow at a great price. $499; questbowhunting.com 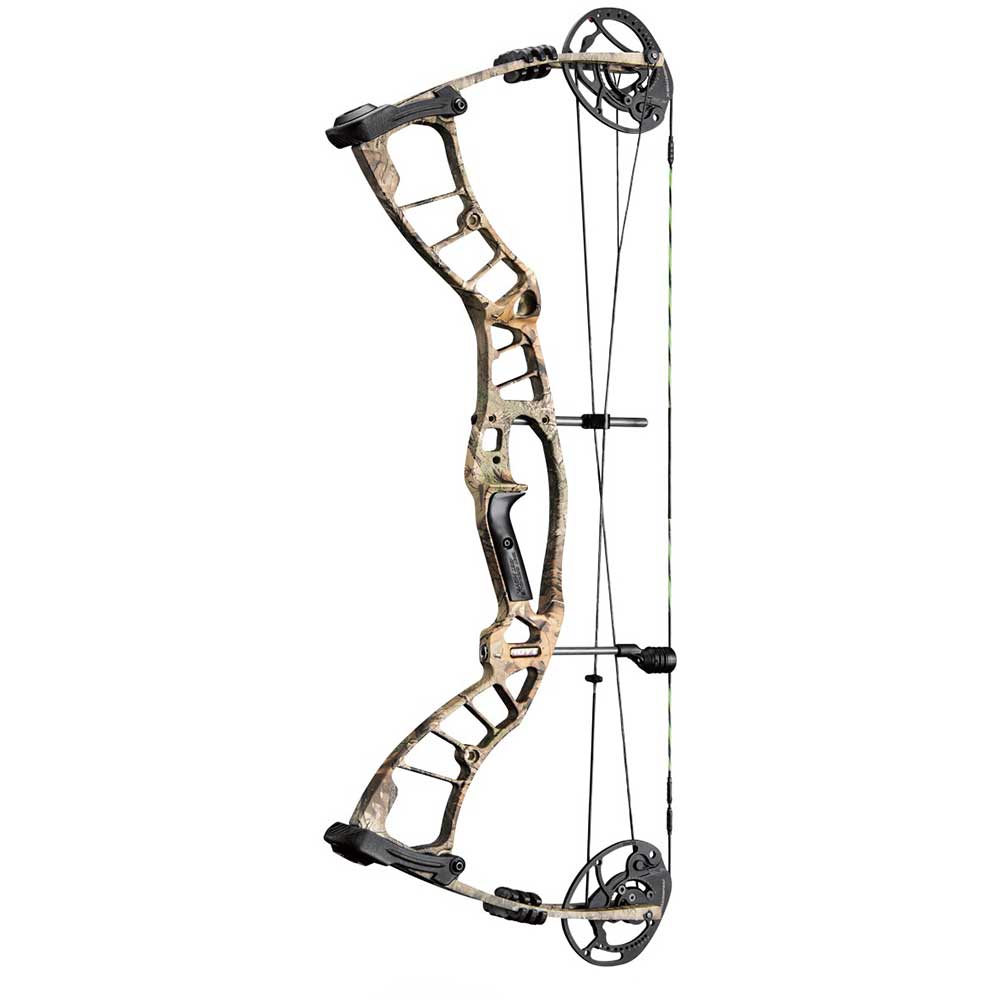 Hoyt has a brand-new bow called the Nitrux that’s hundreds less than their top-end models. But it’s still around $949. I shot it, it’s very nice, and with many of the same features and technologies as the company’s flagships, it’s a solid deal, too. But it busts our $800 limit for this roundup, so I asked to shoot the Powermax, which has been in the Hoyt lineup for a while. I’d shot it in years past, but I wanted a reminder—and what I was most reminded of is that this is a really solid bow for the money. Just shy of 330 IBO, with good all-around hunting specs, the Powermax feels well-built, stable, and nicely balanced, thanks in part to the wide-stance split limbs. And it’s a pleasant-shooting bow for the price, too. Bottom line: You kind of can’t go wrong with the Powermax. $699; hoyt.com 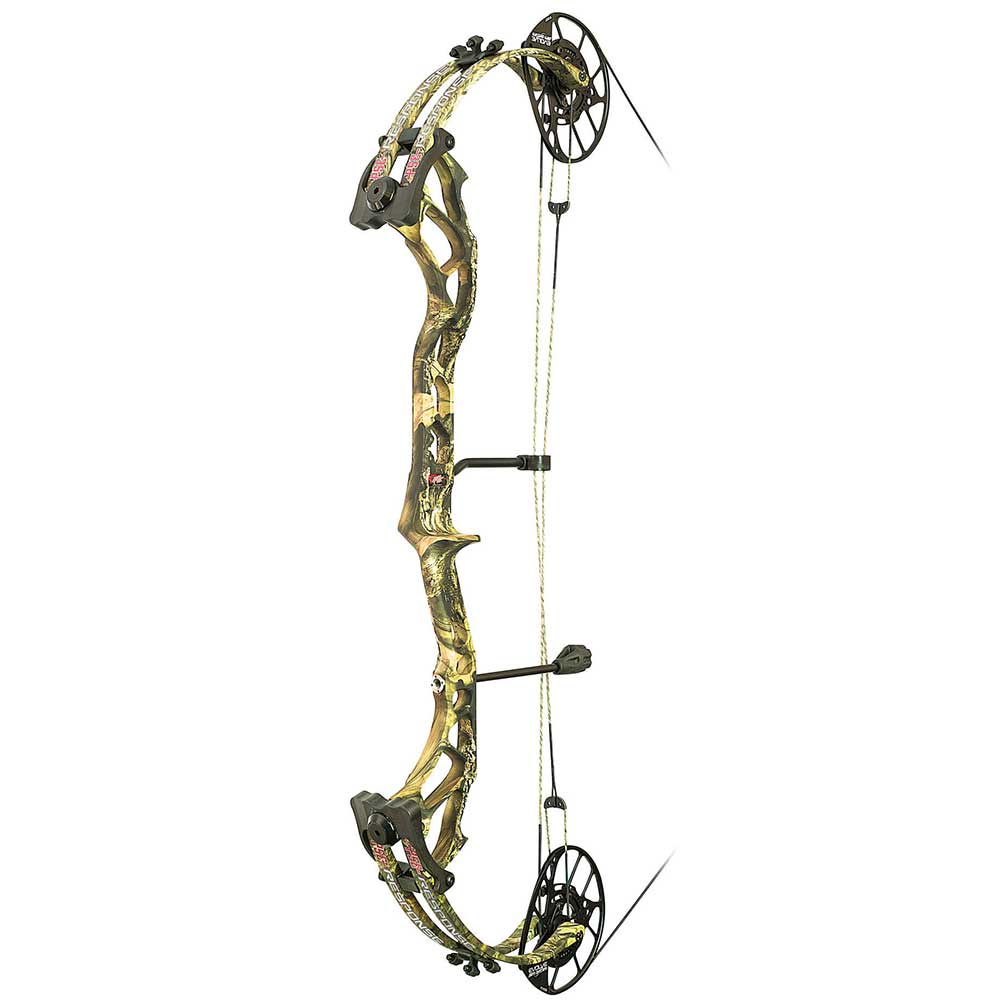 I really like this bow. Which is no surprise, because it is built around the Evolve Cam System—PSE’s smoothest-shooting system ever—which debuted on last year’s flagship, the Evolve, which was a whisker away from winning the F&S/OL annual bow test. Apparently, PSE customers asked for a bow with Evolve-like shootability at a lower price, and this is the company’s response, thus the name. It really delivers, with a very smooth draw, solid back wall, and, with up to 90-percent let-off, all the valley anyone could want. And even at 90-percent let-off, the bow still has an IBO speed of 330 fps. There’s a little bit of vibration at the shot, but pfft, who cares? With all this shootability, plus solid speed, this is one heck of a hunting bow for the price. $799; psearchery.com 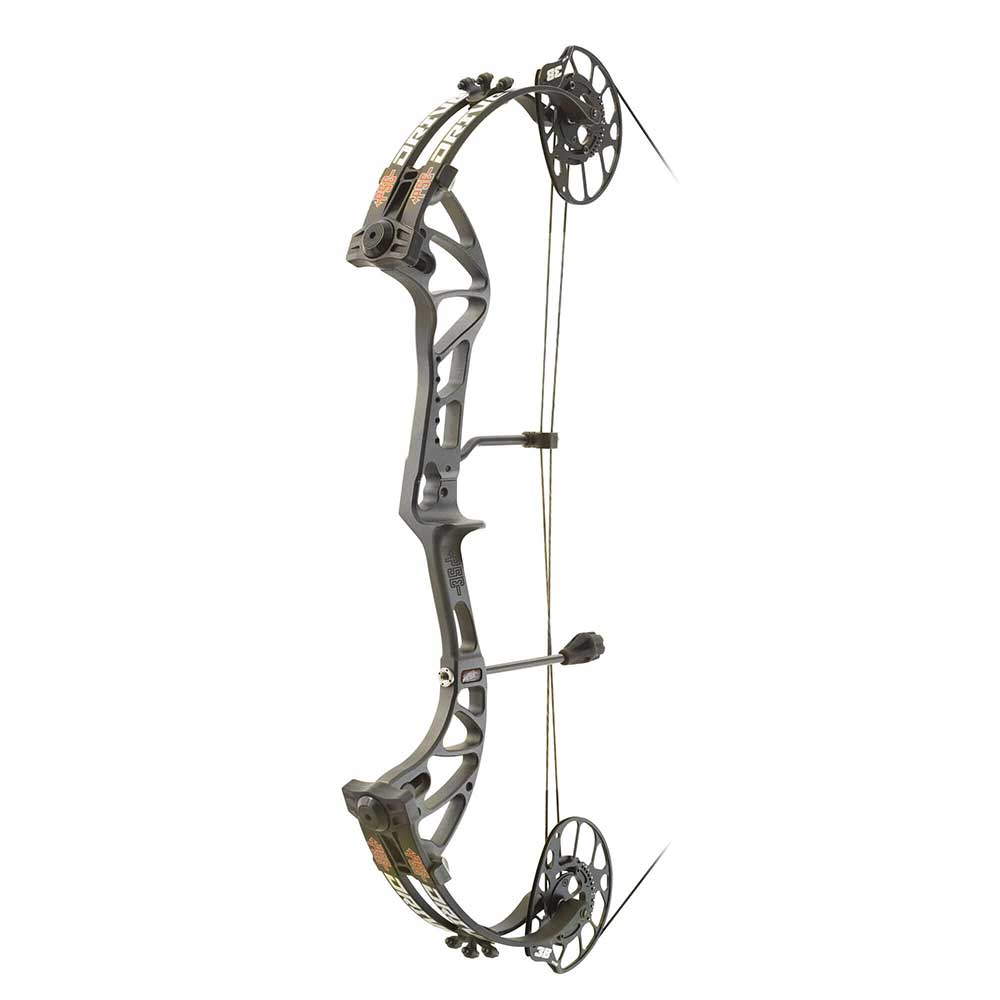 You’ve got to hand it to PSE for the broad selection and quality they’ve always offered in the budget bow space. This year, they have several new-for-2019 models for under $700. So, I’m picking another from PSE, and one I’m especially familiar with. I wrote an article called “Budget Bow Shootout” the year the original PSE Drive debuted, and take a guess what bow won the test? Yup, the Drive. I’ve always thought this was a standout bow for the money, and now it’s better than ever, with a redesigned forged riser and a 3-track Binary cam system. With 85-percent let-off, it’s an easy-shooting bow that delivers serious performance. There just aren’t many compounds out there with an IBO of 330 fps for under $500. $499; psearchery.com