F&S Classics: Take a dive into the archives for the stories and photos behind record fish that are still as... 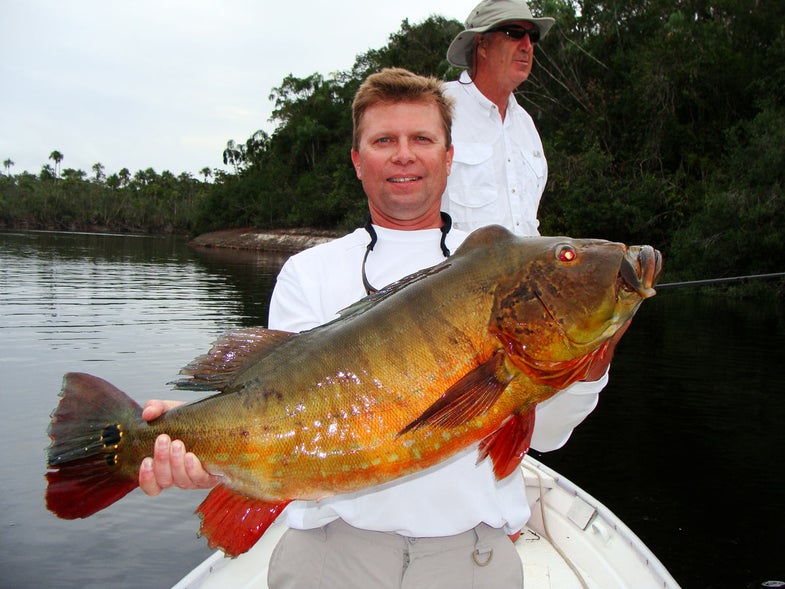 Bill Gassmann of Indianola, Iowa, caught the pending IGFA world-record speckled peacock bass while on a fishing vacation in Brazil on February 9. The fish weighed in at 28 pounds, eclipsing the former world record (also caught in Brazil) by a full pound. F&S
SHARE

Bill Gassmann of Indianola, Iowa, caught the pending IGFA world-record speckled peacock bass while on a fishing vacation in Brazil on February 9. The fish weighed in at 28 pounds, eclipsing the former world record (also caught in Brazil) by a full pound.

Gassmann describes himself as an avid recreational angler, however, he had never been on an exotic fishing vacation before. He joined this trip on the live-aboard ship Captain Peacock to fish the Rio Negro and its tributaries in the northern Amazon at the urging of some fellow Iowa breakfast club buddies. 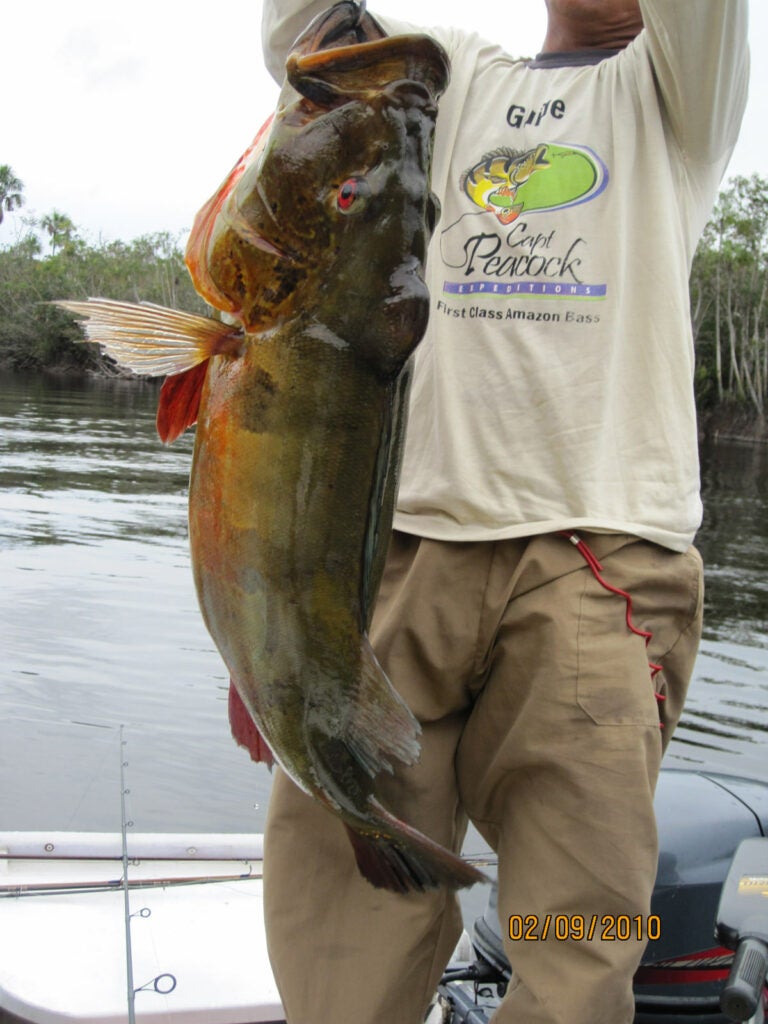 The International Game Fish Association tracks records for six different species of peacock bass, with the speckled peacock (chichla temensis) being the largest.

The current world record 27-pound speckled peacock bass was caught on the Rio Negro by Gerald Lawson in December 1994. 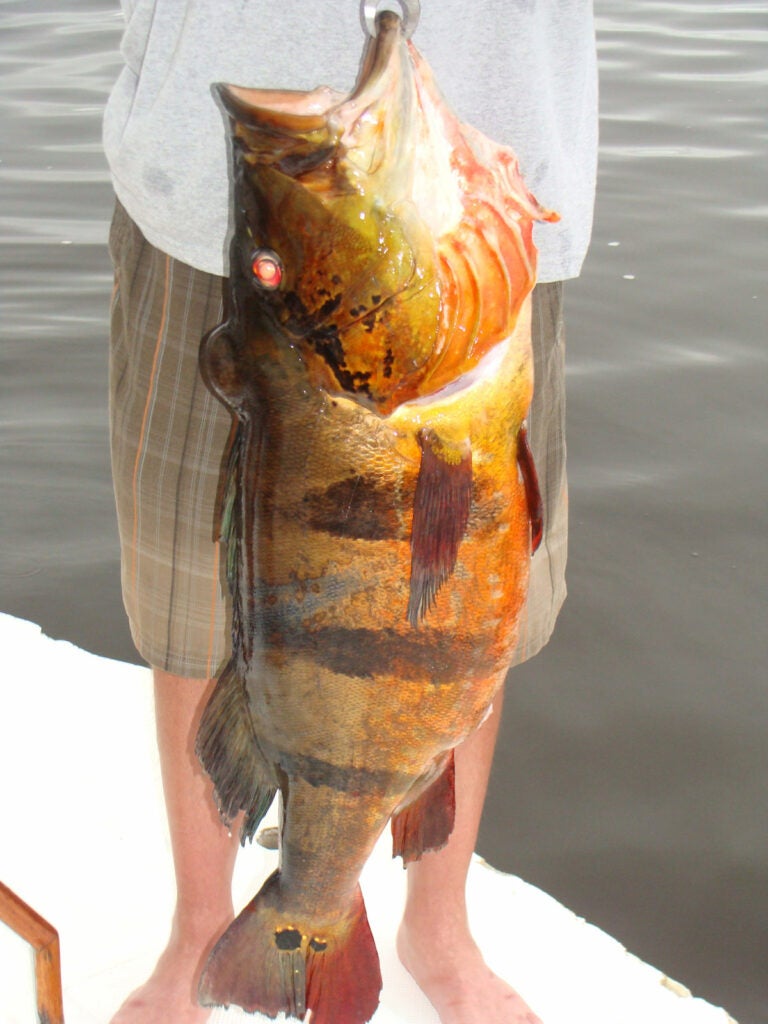 Peacock bass and largemouth bass have about as much in common as Ray Lewis and Jerry Lewis… a last name. The former is clearly a more powerful and athletic fish, which is why the world record peacock bass was among the most coveted in the record books, right up there with the 77-year-old largemouth record (22-pounds, 4.97 ounces), recently tied by Manabu Kurita on Lake Biwa in Japan. 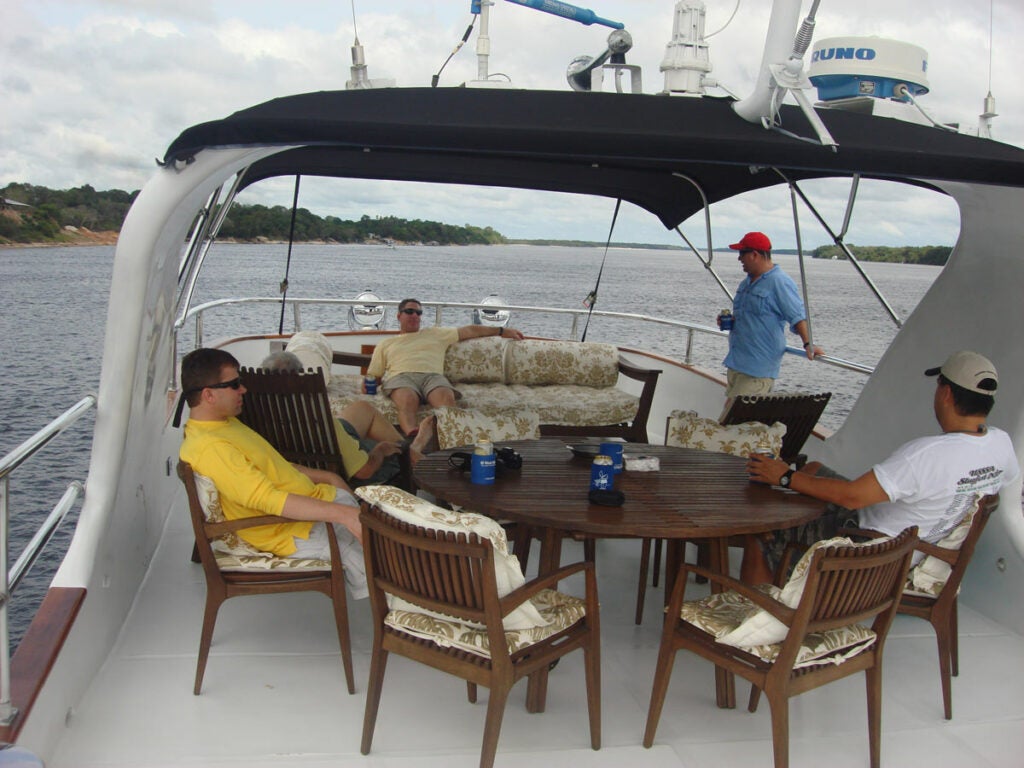 The fact that the peacock bass record had stood for 16 years was impressive, especially considering how commercial operators catering to anglers chasing peacocks have seen their businesses boom since the early 1990s. 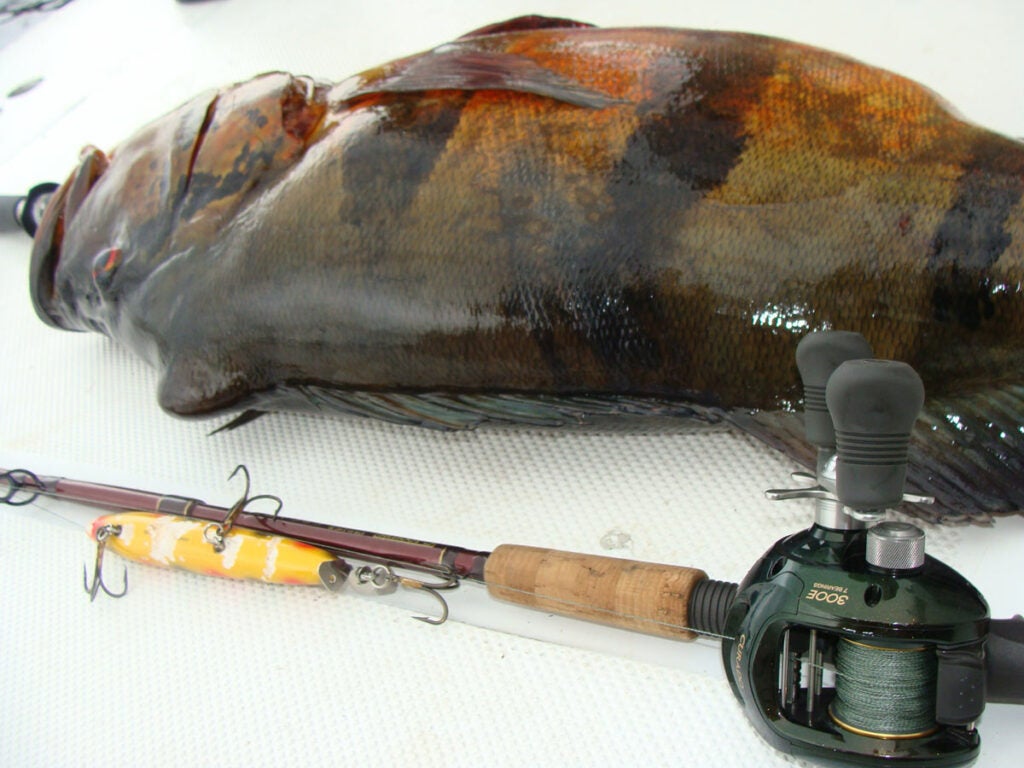 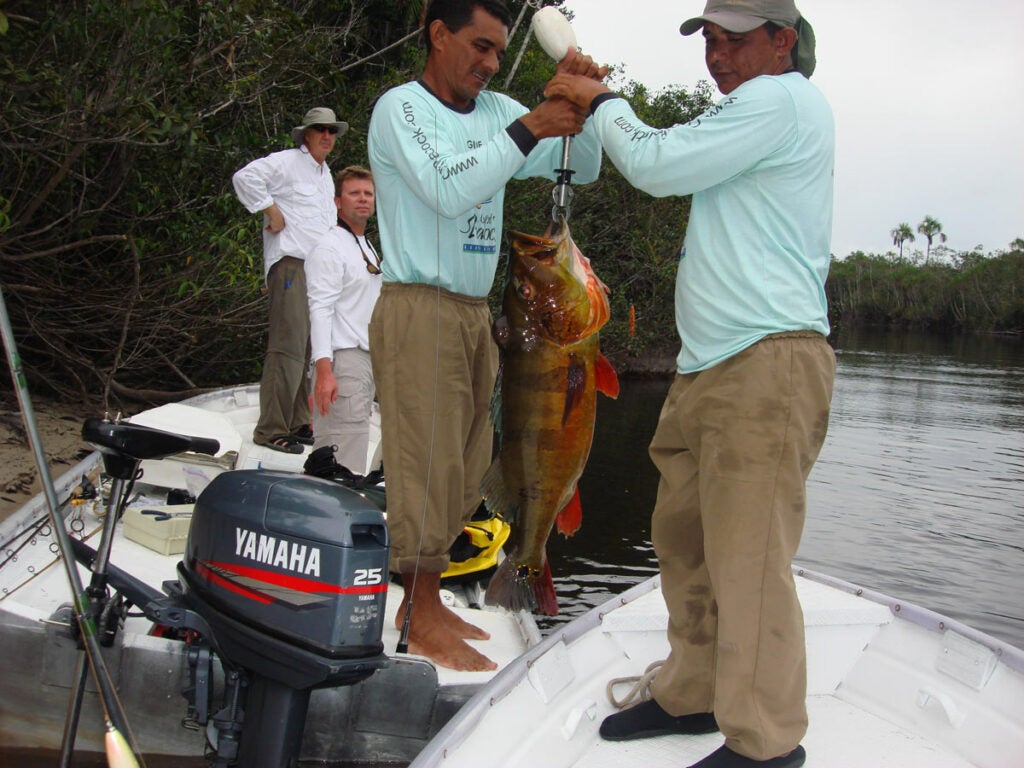 Gassmann explained that his guide, Elvis Fonseca, had just pulled their small boat into a tributary of the Rio Negro, and on Gassmann’s first cast toward the shoreline, the record peacock inhaled the bait. “It wasn’t so much a splashy attack as it was the bait just got sucked under and disappeared.” 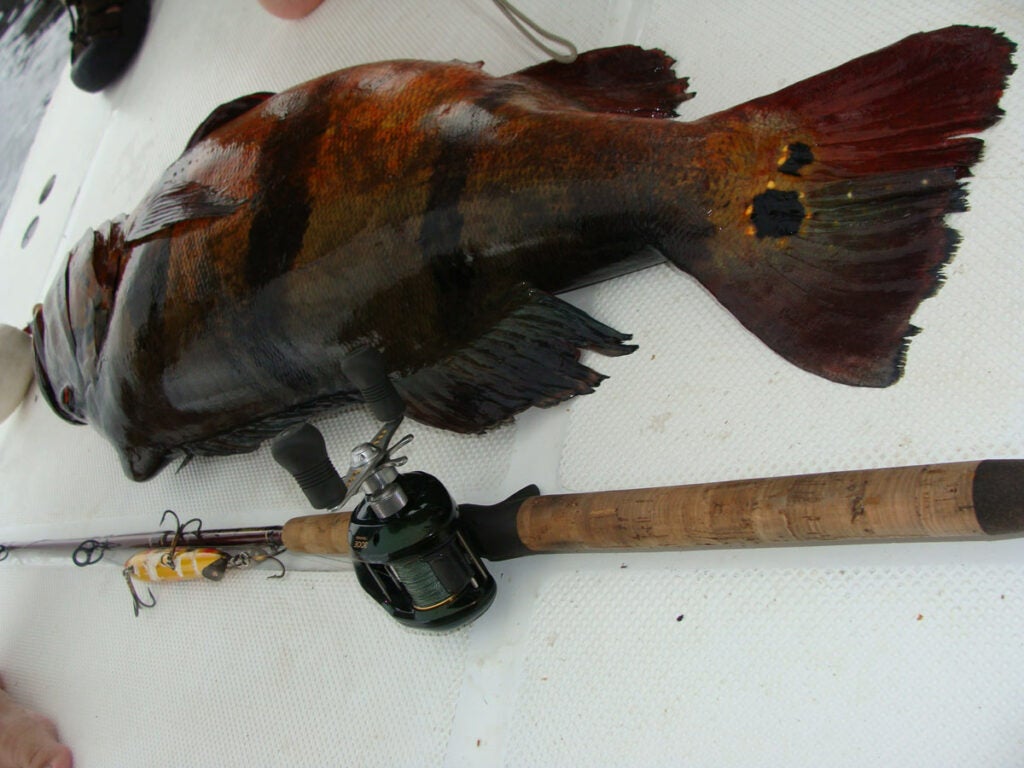 “The typical peacock bass take is very explosive, but this fish did none of that. It just made the bait disappear, then took off deep, and about spooled me.” The fight lasted just over 12 minutes. 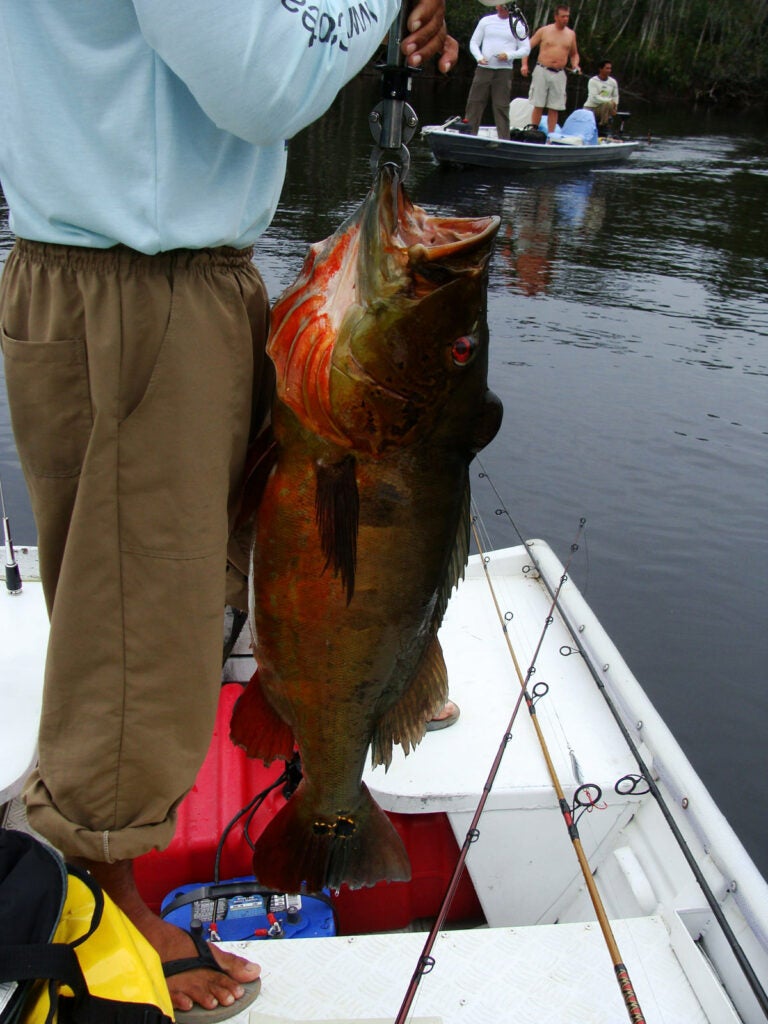 “I could tell it was a big fish by the way it pulled, and the whole time I was fighting it, my guide was yelling ‘grande!’ ‘grande!’ But it wasn’t until several minutes after I hooked it that the fish came toward the boat and rolled on the surface, when we knew just how big it was. It took another few minutes to land it, and we were both relieved when we finally got it in the net.” 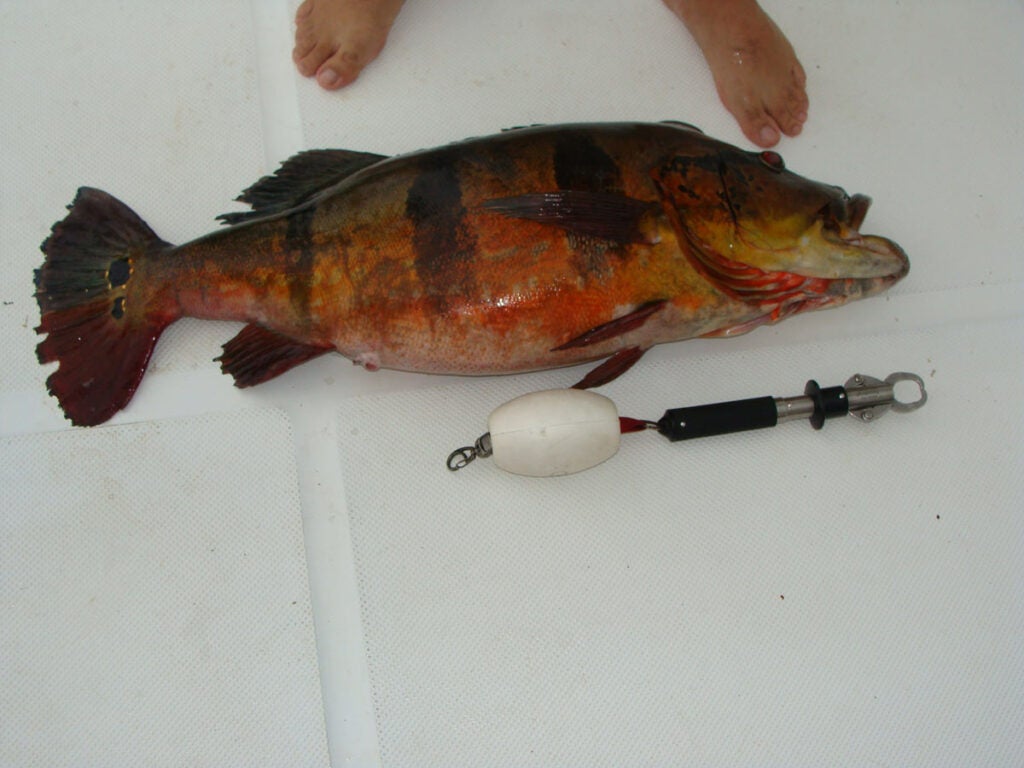 As soon as they boated the fish, Elvis made a beeline toward the mothership and an IGFA-certified scale. “I was ready to keep fishing, but he said, ‘no, you’re done for today’ because he knew it was a record-class fish and wanted to weigh it. So I was fine with that,” Gassmann explained. 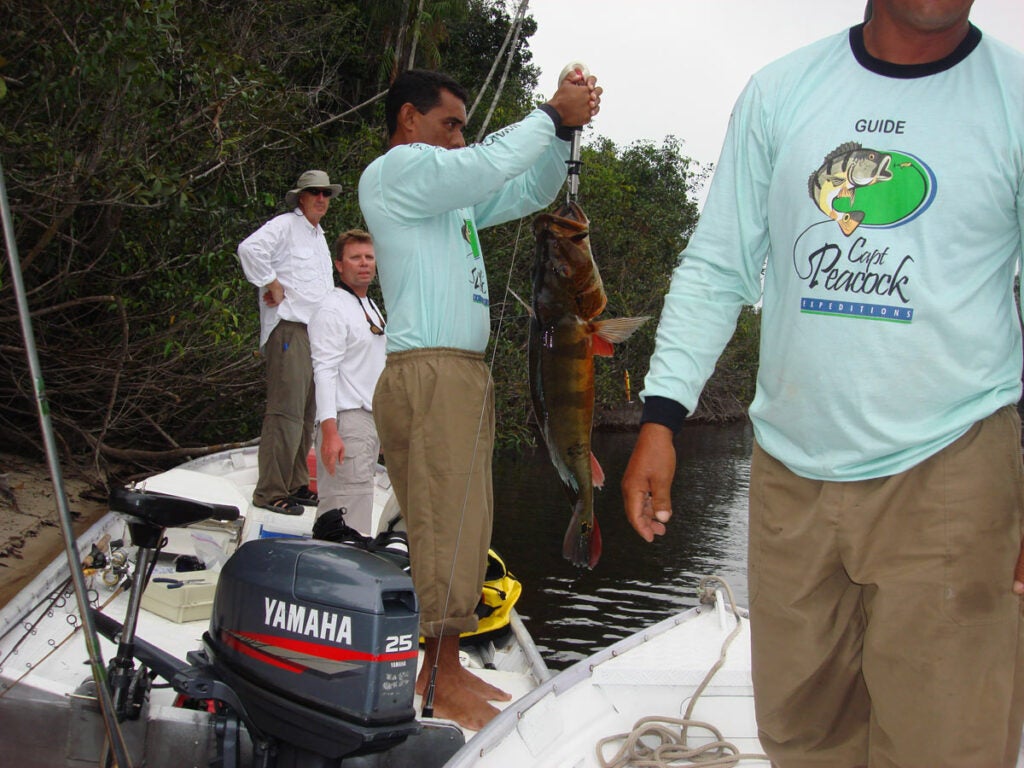 Once they got the fish on the scale, they realized they had broken the standing record by a full pound. As for Gassmann missing the rest of that fishing day, don’t feel bad. For breaking the world record, the Captain Peacock awarded him free lifetime fishing visits. 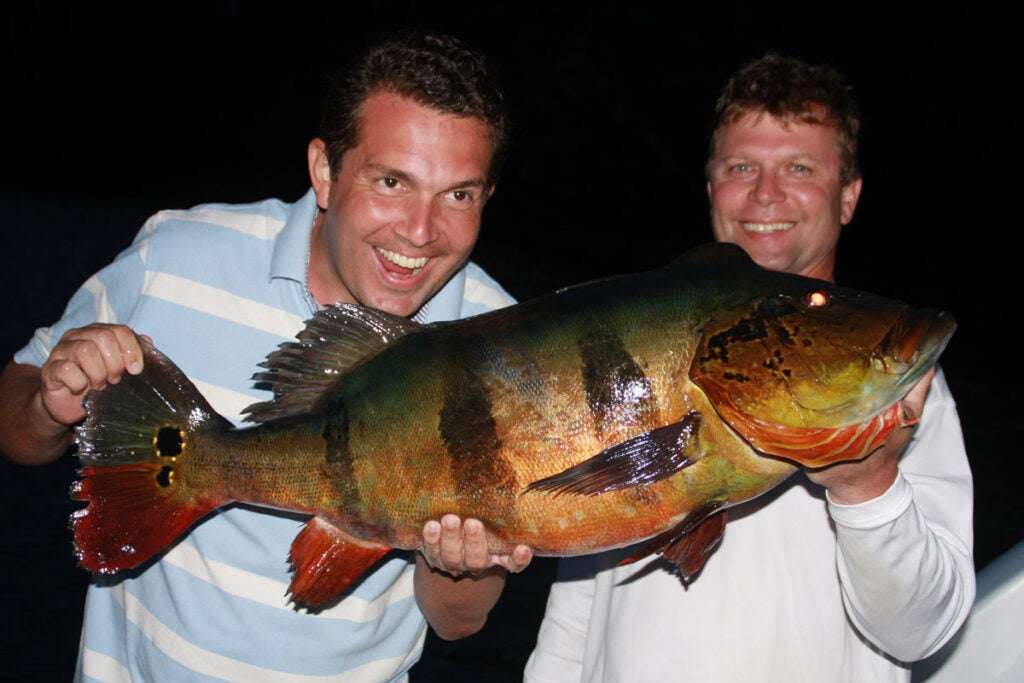 The fish measured 37 inches long, and had a girth of 25 inches. It is now mounted and hung aboard the Captain Peacock. 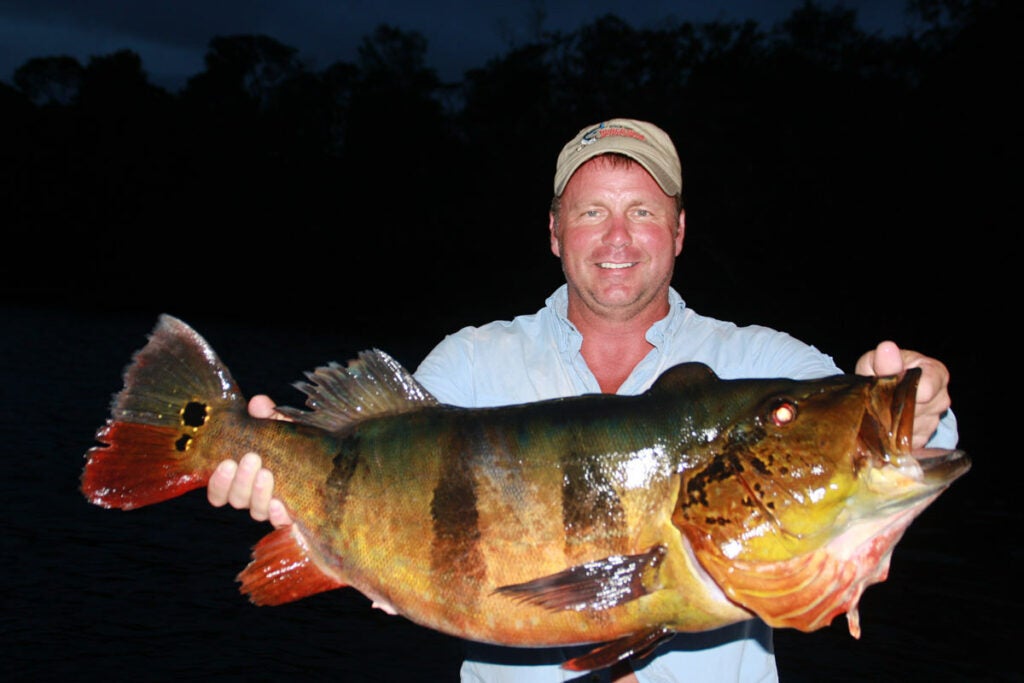 As a group, the dozen anglers aboard the Captain Peacock that week landed 12 fish over 20 pounds, with the average fish weighing right around 11 pounds. 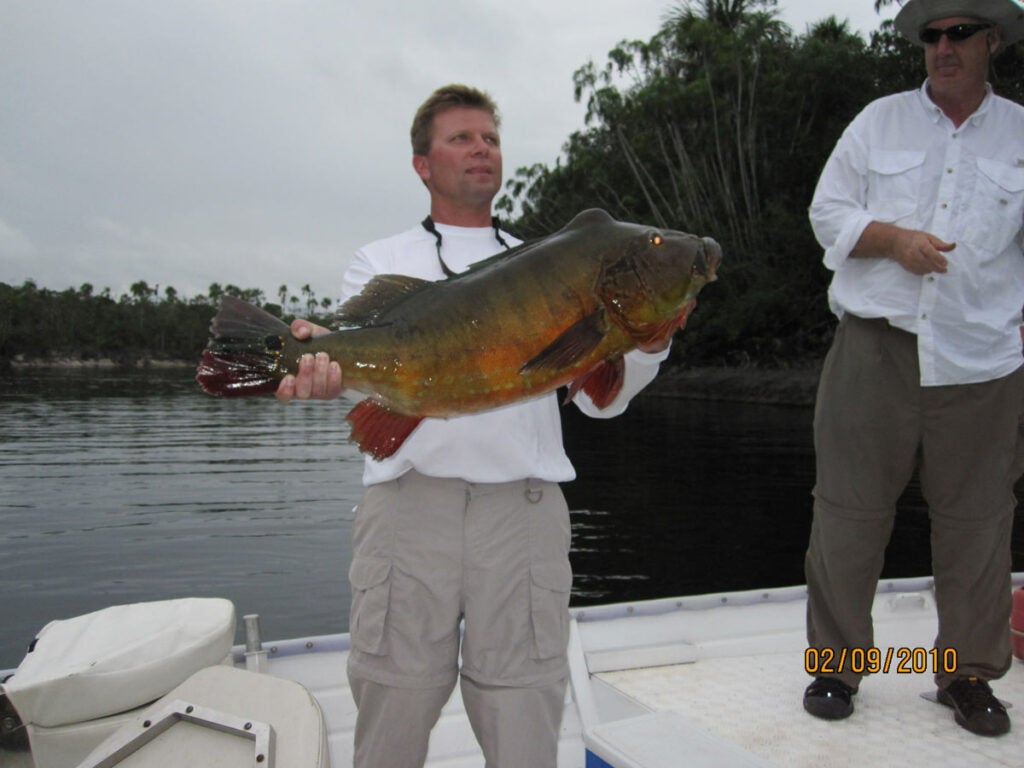 The group collectively landed 450 fish that week. “It was an awesome experience. I had decided I was going back to Brazil before I ever caught the record fish,” said Gassmann. (He caught the record on the sixth day of his trip.) 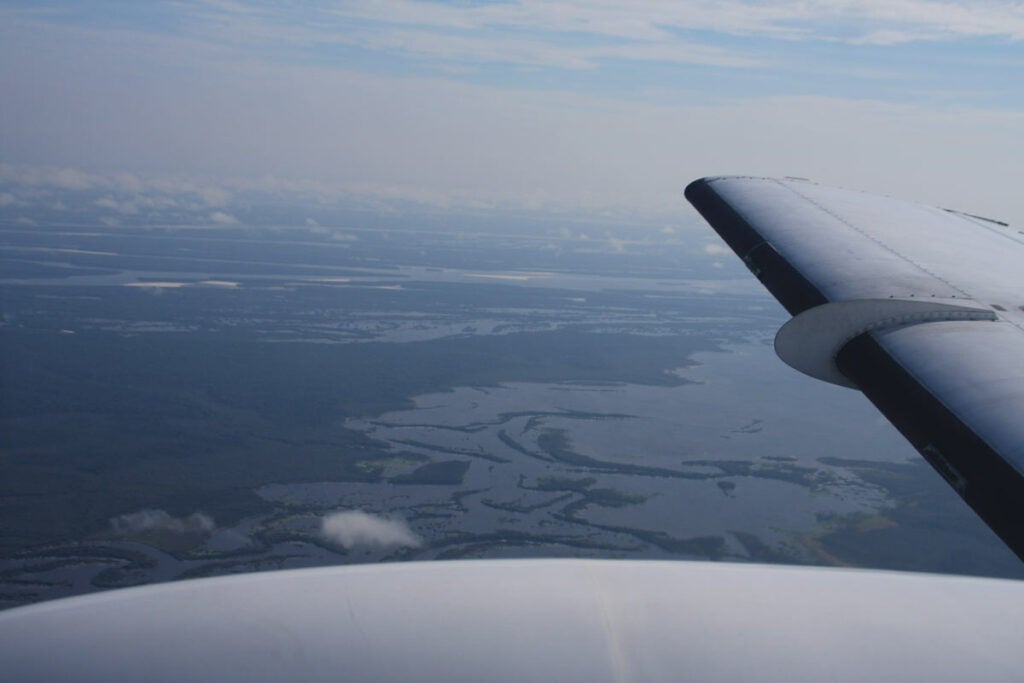 The Rio Negro (or Black River) is the largest tributary of the Amazon, beginning in Colombia, and emptying into the Amazon near the city of Manaus in northern Brazil. 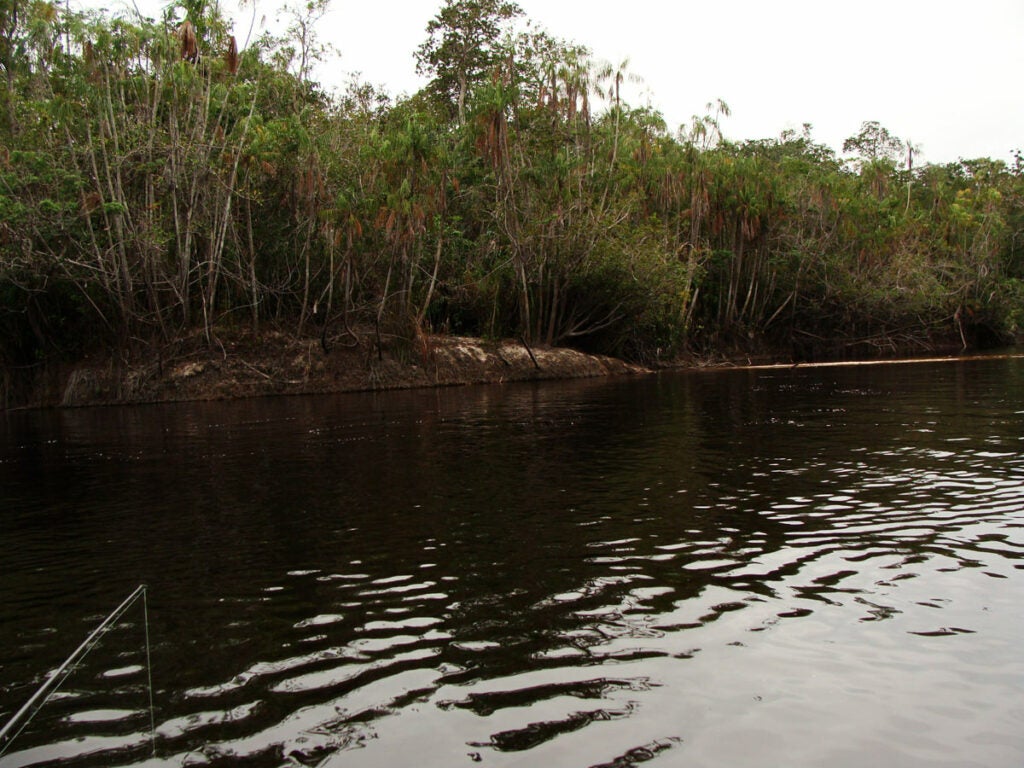 The river is usually tea-colored in most seasons. The peacock bass find ideal habitat among the jungle deadfall in the river, where they lie in wait and ambush the vast schools of tropical baitfish. 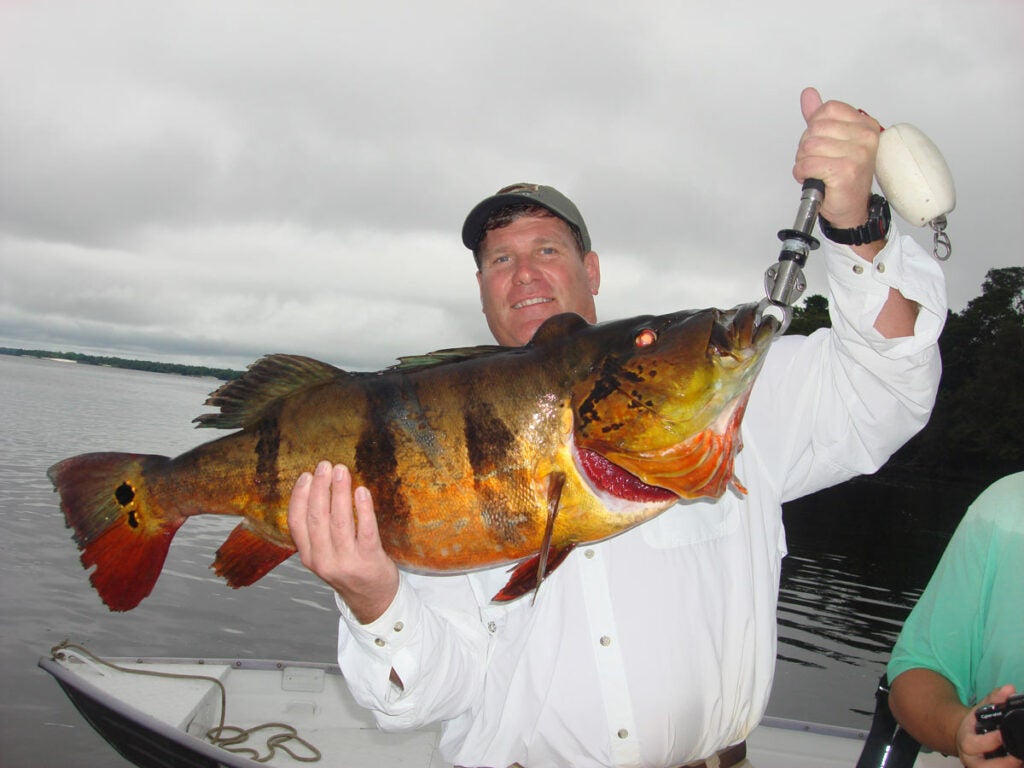 The appeal of fishing for peacock bass is, for many anglers, the willingness of these species to attack topwater baits. “It’s a very visual type of fishing,” said Gassmann. 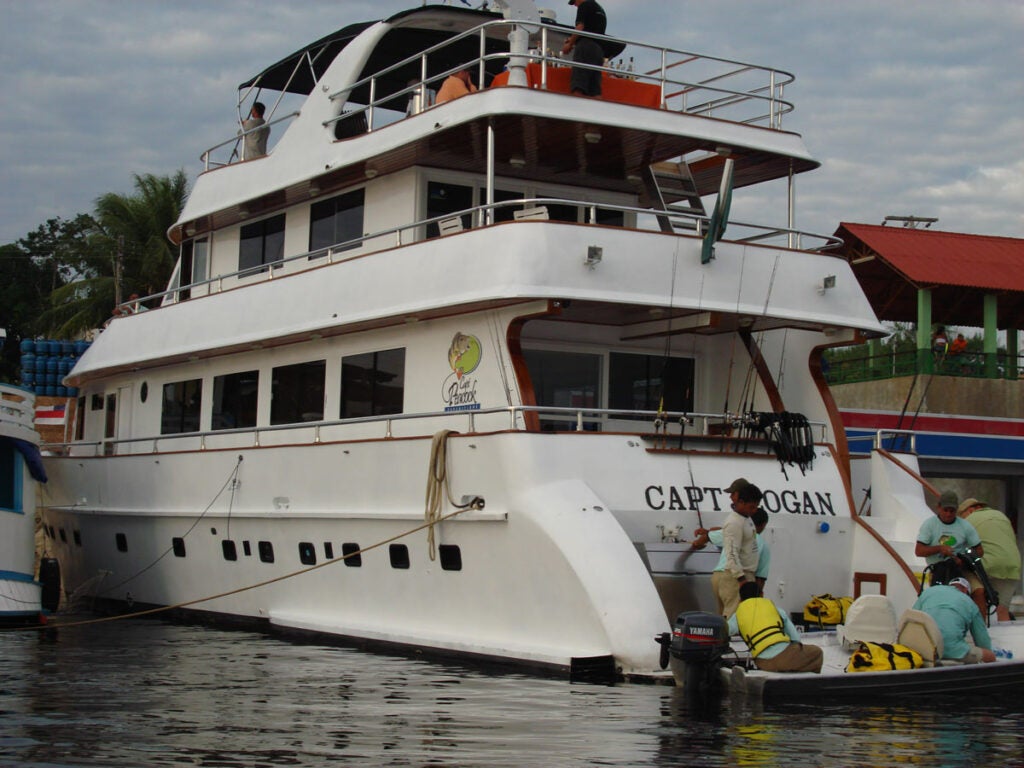 Traveling to fish on the_ Captain Peacock_ involves a commercial flight to Manaus, then a charter flight to a base camp on the Rio Negro. The ship itself is a 95-foot luxury yacht that tends a flotilla of fishing boats, and can accommodate 14 anglers and crew. For information see captpeacock.com. 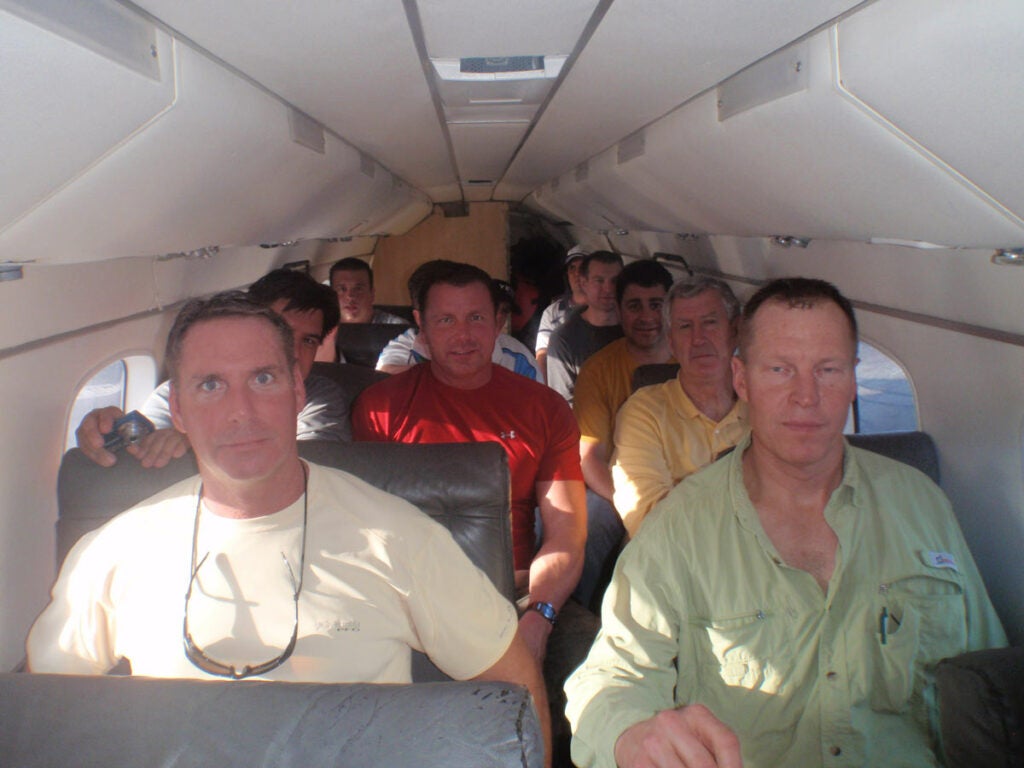 Visitors to Brazil do need to obtain a visa, and vaccinations are recommended. 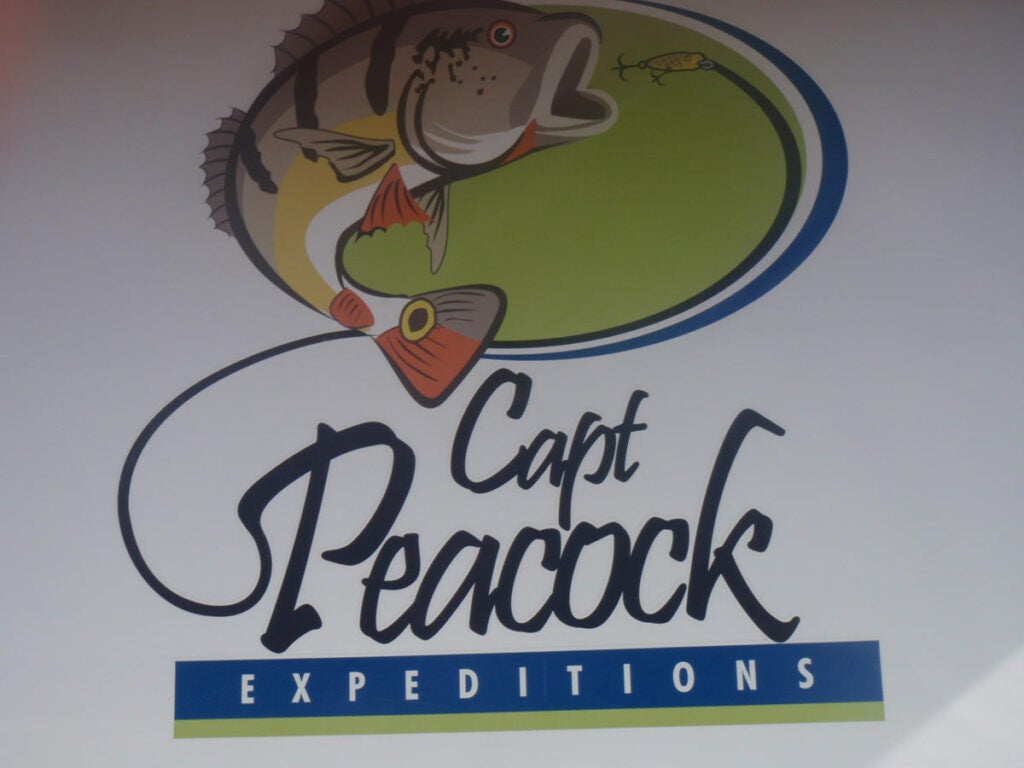 Asked if he ever paid attention to IGFA world records, or the thought of chasing world records had ever crossed his mind, the 44-year-old chief executive of an architectural millwork company said: “No, not ever before… but I will now.” 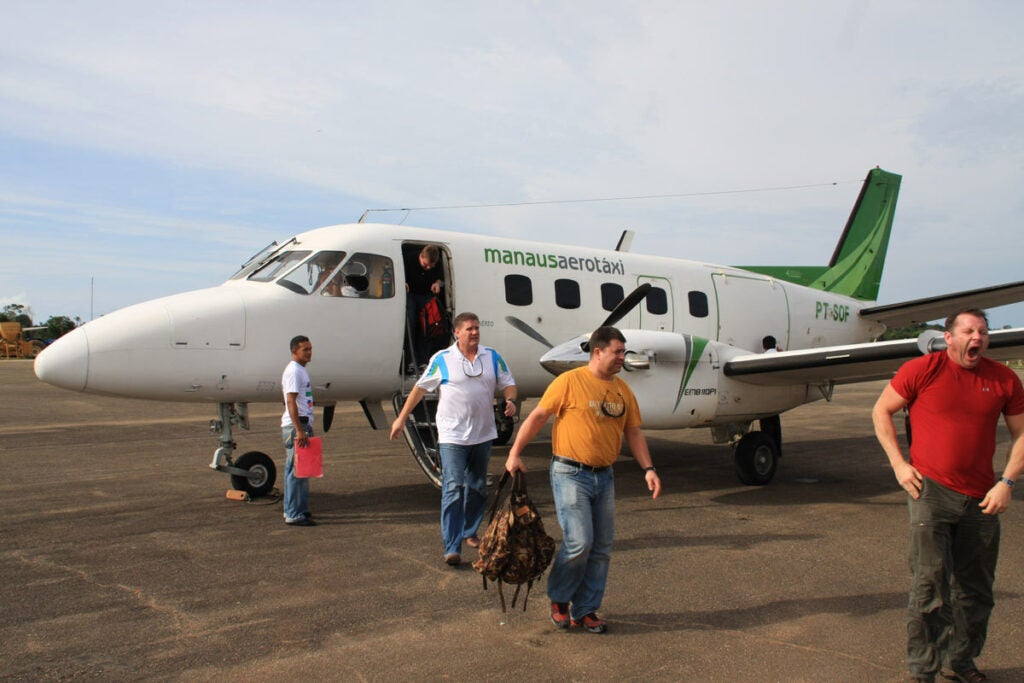 Gassmann is on his way back to Brazil this week, where he will be honored by the ship and crew at a special banquet. 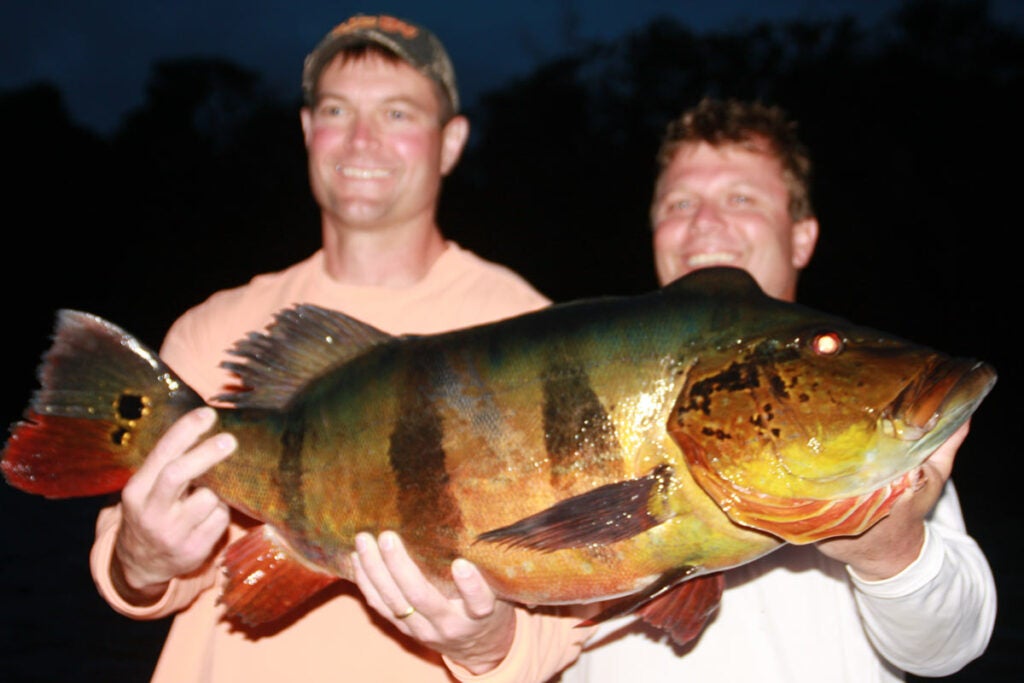