Bismuth Is Back: Why the Nontoxic Ammo Is Perferct for Classic Waterfowl Shotguns 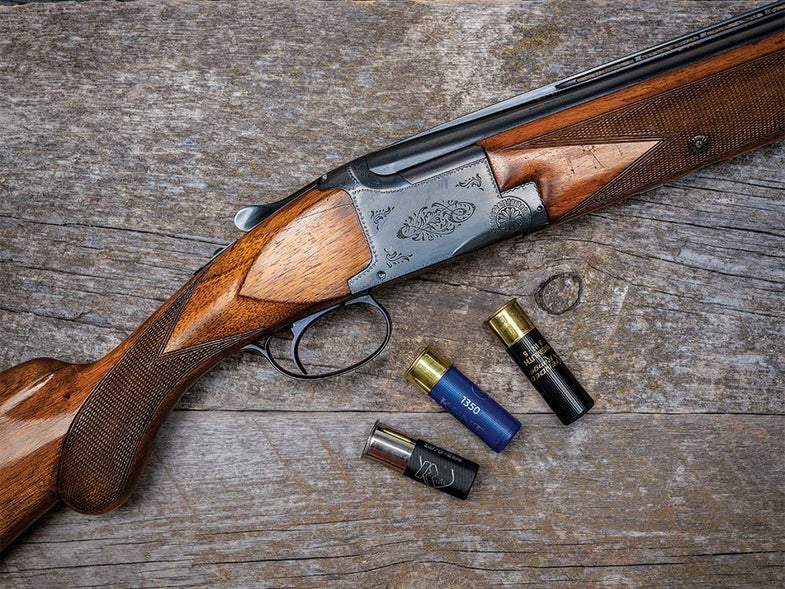 Bismuth shot is now bigger, better, and cheaper than ever. That’s good news if you want some extra oomph compared to steel loads, or if you want to shoot an older, classic shotgun someplace where lead isn’t legal. Bismuth, you may remember, was the first nontoxic steel alternative and was popular until denser ­tungsten-​based pellets came along. Now, as tungsten prices shoot skyward, bismuth isn’t just back­—it may be the last affordable premium nontoxic upland and waterfowl option standing.

Bismuth shot was developed in the 1990s by Canadian carpenter John Brown and bankrolled by Guns & Ammo publisher Robert Petersen. The element bismuth is best known as the main ingredient in Pepto-Bismol. When alloyed with tin, it makes a dandy, if brittle, pellet that is almost exactly halfway between steel and lead in density, and it’s soft enough that it won’t damage older gun barrels. With three companies now loading bismuth shot, I decided it was time to put the latest offerings to the test.

Kent has a full line of both 12- and 20-gauge bismuth loads, including new BB- and 2-shot offerings, as well as new upland loads in 16- and 28-gauge. All come 25 to a box, at prices from $32 to $45, which is a bargain in bismuth. Rio now offers loads in every gauge but 10, in shot sizes from 3 to 7. And Winchester has debuted a single, intriguing new load—an Xtended Range 12-gauge, 3-inch magnum containing 15⁄8 ounces of No. 5 shot encased in the Shot-Lok resin that makes Long Beard such a deadly long-range lead turkey load.

I took samples from all three makers to the range, as well as a selection of guns, including a Full-choked Winchester Model 12 Heavy Duck, which is just the sort of gun bismuth is made for. The Heavy Duck—like many Belgian Brownings, classic American doubles, and continental guns—was initially sidelined by mandatory steel loads, whose hard pellets damage older barrels.

Although bismuth pellets aren’t as brittle as they used to be, some still broke on impact. I found pellet shards at the foot of the plywood pattern board, and a few even broke when I shot them into gelatin. But this wasn’t a major factor. I know from experience that bismuth kills birds, and its fragility is both a glitch and a feature, since it breaks on contact with human teeth at the table too.

I also shot 1,500 fps steel No. 1s and 1,350 fps bismuth 2s into gelatin, which bore out what most energy tables will tell you: At 30 yards, the two loads produce similar penetration. You can expect bismuth to perform very much like the next size up in steel. That’s not performance on a par with Hevi-Shot or Xtended Range Tungsten or TSS, which hit like much bigger steel pellets, but it’s better than steel, and it won’t hurt your gun barrel or break the bank. My Model 12 is going goose hunting this fall, and I bet a bunch of other old guns are too, and that’s reason enough to celebrate bismuth’s comeback.

A shotgun should be held in a cupped front hand, resting on the palm. Period. Some people curl their fingers into their palm and form a little rest for the fore-end between their thumb and index finger, holding a shotgun the same way they might hold a .22 rimfire. You know who you are. Stop it.

That works fine for aiming a light-recoiling rifle, but when you’re shooting a shotgun, you shouldn’t be thinking about aiming the barrel. Rather, you should be thinking of pointing your hand at the target. The gun just comes along for the ride. Also, a firm—not tight, but firm—grip on the gun lets your hand and arm absorb some of the recoil that would otherwise hit you in the face or shoulder.