Are These Oddball Bird-Hunting Tactics Fact or Fiction? 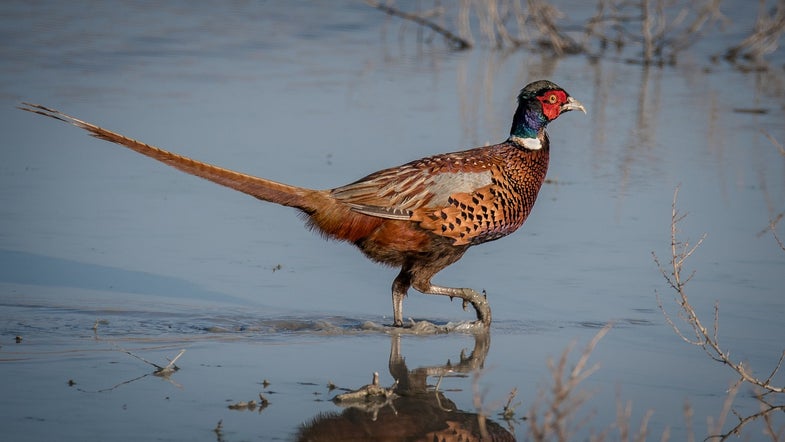 Think you can corral pheasants with a transistor radio?. LubosHouska via Pixabay
SHARE

Challenge a hen. Make a pond from a tarp. Drive and block pheasant with a transistor radio. Has anyone ever tried and succeeded with any of these oddball tactics? I’ve heard and read about them over the years, yet I’ve never known of anyone who tried them with success. They live on in magazine and web pages, and I am beginning to think they are myths, given eternal life only by writers like myself, who have heard or read about them and repeat them when they are desperate to fill space. I present three here, from most to least plausible, in hopes someone will tell me they work.

When a tom is with hens, one approach is to pick a fight with the boss hen. When she calls, you answer back aggressively. Soon, you’re in an argument, and then, the theory goes, she comes in to fight, dragging the gobbler along with her. I have, a time or two, called to turkeys and had hens lead the way, bringing the gobbler along, but there was no back and forth “fight.” The birds came more out of curiosity than to rumble. The times I have picked fights with hens, there’s been lots of squawking back and forth, but it’s all talk. The hen is happy to stay out of sight, trade insults, then take the gobbler somewhere else. This trick must have worked for someone, sometime, and it should work, but it never does when I’m around.

Make Your Own Duck “Pond”

There are various ways to try this one, but the most classic uses a black plastic tarp laid on the ground. You then put some keel-less decoys on the “pond,” and this attracts ducks who believe the shiny surface to be water. I have seen photos of beautifully landscaped fake ponds with rocks and plants around their shoreline and even some emergent vegetation. I’ve even seen pictures of ducks people claim to have shot over such ponds, but that means nothing. They could have brought the birds from somewhere else. I have yet to talk to anyone firsthand who has shot ducks this way. I badly want to believe this works. Please, someone, tell me honestly that you have killed birds this way.

Block With a Pheasants With a Radio

One way to stop pheasants from running, according to this least likely of oddball tactics, is to put a radio at one end of the cover, turn on the football game, then slip back around to the other end of the cover and hunt toward it. An alternate version involves no radio. Instead, you go to one end of the field, make a lot of noise, then loop around and hunt back toward where you were. In either case, the pheasants, hearing noise on both sides, believe they are surrounded and act accordingly. I know one person who tried this—after reading about it in an outdoor magazine, of course—but he never got any shots doing it.

So please, if any of these actually work for you, let me know in the comments.