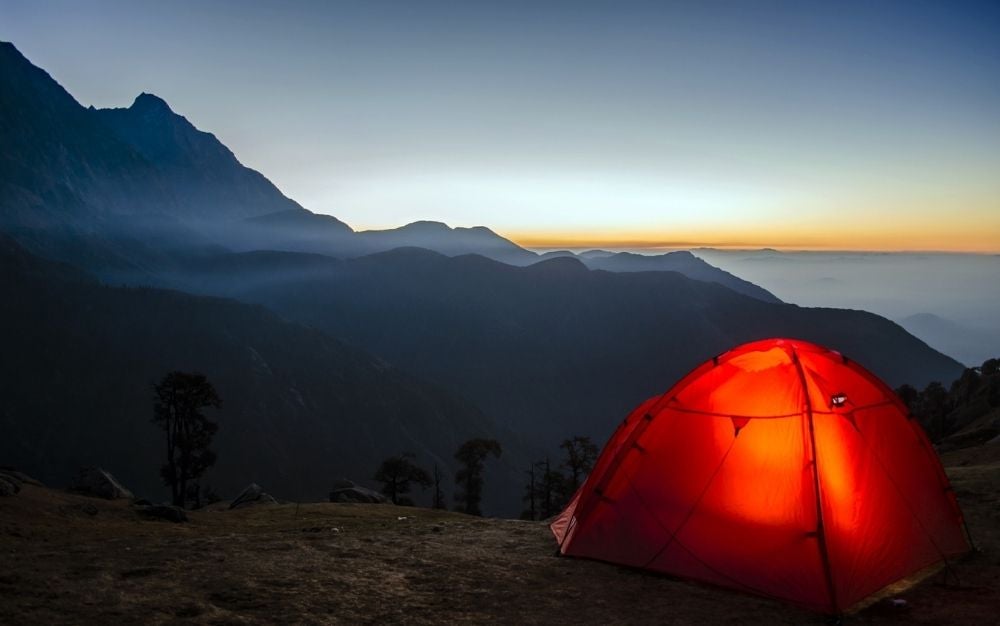 How to Choose the Best Backpacking Tent

Find your best backpacking tent for backcountry fishing, hunting, or just getting away from it all.

A backpacking tent is the single most important piece of camping gear you can bring with you when you’re venturing into the backcountry. The reason is simple: You need to be able to trust your shelter at all times. Unlike when you’re car camping, you won’t be able to run to your vehicle in case of inclement weather. You need to get a tent that will stay upright and keep you protected in rain and wind.

Just as important, you need to be able to take that tent to remote areas by foot. That means that the best tent for backpacking is both lightweight and portable. Here’s how to choose the best lightweight backpacking tent for where you camp.

Are you planning to travel solo? Get a 1 person backpacking tent…but if portability is a big concern, you might get away with a minimalist approach with a bivy sack. If you’re going with a friend or partner, a 2 person tent is lighter than two 1-person tents…but the two of you need to be compatible, physically and socially. Is high wind an issue in the places you go? You’ll need to make sure to get a tent with poles sturdy enough to take a beating and still keep you dry and sheltered. Will you be backpacking in winter? You’ll need to invest in a four-season tent. Otherwise, a three-season tent will work.

When you’re looking for a new tent, the first decision you need to make is its capacity, defined by how many people you can fit inside the tent comfortably. Backpacking tents fit between one and four people. That said, each tent manufacturer defines its tents’ capacity differently, meaning there are no standard capacity measurements. The size of two-person tents varies depending on the company that manufactures the tent.

Most backpacking tents are quite snug. You won’t be able to fit more people than recommended into a tent without being seriously cramped. When in doubt, opt for a bigger tent. This applies if you will be sharing the tent with someone else at some point in the future,  as well as if you are a bigger person in general. Keep in mind, though, that the larger the tent, the heavier it’s generally going to be to carry.

The ALPS Mountaineering Lynx 1-Person Tent is a phenomenal option for sleeping solo in the backcountry. Its sturdy aluminum poles hold up to high winds, and the polyester fly will keep the rain out. It has a floor area of 20 square feet and boasts a minimum weight of 3 pounds 8 ounces.

You can’t go wrong with the Kelty Salida Camping and Backpacking Tent. It’s a three-season tent that weighs only 4.57 pounds. It’s remarkably weatherproof and the interior is 30.5 square feet—spacious enough to fit two comfortably.

Different backpacking tents are made for different weather conditions. Make sure to get a tent that can handle the weather that you’re going to face. Most people go backpacking during the warm weather months. Most tents are made for use during the summer but can still handle the shoulder seasons as well. These are called 3-season tents and tend to have good airflow and breathability.

If you go backpacking during the late fall and winter—hunting season—then you should consider a 4-season tent. What’s the difference? A 4-season tent can withstand heavier wind and is designed to keep snow drifts out. The fabric tends to also be thicker, which is good for insulation but will hinder the tent’s packability.

The Eureka! Timberline SQ Three-Season Tent is a great three-season option. The high/low air vent regulates the inside temperature to keep you and one other person comfortable during both warm and brisk nights. The tent has a relatively spacious interior to boot, and weighs a fraction over six pounds.

The 6.4-pound GEERTOP Backpacking Tent performs well all year long, but it’s an especially good option for late-season backcountry hunting trips for two people. It’s a double layer tent that sheds snow and rain easily. The fly extends all the way to the ground, which is important for keeping snow out of the tent.

Are you backpacking with your family or a large group?

The most common tents are one and two-person setups because larger tents are bulky and heavier to pack. That said, there are plenty of four-person tents that are certainly packable. However, if you’re going backpacking with a group of people or your family, consider packing multiple two-person tents. This option works well if you have multiple people in your party that are strong enough to haul a tent on their backs.

If you’ll be traveling with several smaller kids, a lightweight four-person tent will get the job done. Opting for a tent larger than a four-person, even if it’s advertised as a backpacking tent, is a recipe for difficult hiking and back pain.

The Teton Sports Mountain Ultra Tent is somewhat of a ‘tweener. It fits between three and four people, depending on how much room each person needs. It’s easy to set up, and at 10.1 pounds, it’s significantly lighter than most four-person camping tents.

Go Ultralight with a Bivy Sack

If you’re traveling long distances, weight becomes an issue, especially if you’re moving quickly. If you spend a lot of time in the wilderness covering a lot of ground, the best backpacking tent might not actually be a tent at all. Instead, you should consider a bivy sack.

What is a bivy sack? A bivy sack is a single-person, minimalist shelter that was designed for mountaineering expeditions. A bivy sack keeps you dry, but doesn’t provide any extra space to lounge around, or even sit up. Some describe it as sleeping inside a big trash bag. But if you want to pack light, and set up and break down camp super quickly, a bivy sack is the way to go.

The Outdoor Research Helium Bivy is a high value bivy sack. It’s 100-percent waterproof and is extremely light to pack at only 1 pound and 0.8 ounces.

Are You On a Budget?

Backpacking tents can be quite expensive—and for good reason. They’re critical pieces of camping equipment. That said, if you don’t have much money to drop on a new tent, or you aren’t sure how often you’re going to go backpacking, you should be able to find a budget tent that will do just fine for now.

What should you expect from a budget backpacking tent? These products won’t be as wind- or water-resistant as high quality offerings. Be aware that the tent poles may be prone to snapping under high wind. A low-quality tent will likely be heavier than more expensive offerings, meaning you’ll pay for it with sweat on the trail instead of cash.

The two person tent weighs only 4.7 pounds, which is comparable to much pricier models, and has covered vents on two sides.

Q: How much should a tent weigh for backpacking?

Q: What is the best tent for backpacking?

The best tent for backpacking depends on personal preference. That said, almost all backpacking tents are “dome tents.” This style is portable, easy to set up, and is strong enough to withstand the elements.

Q: What’s the difference between a camping tent and a backpacking tent?

A Final Tip on Backpacking Tents

Invest as much as you can in a backpacking tent. It’s going to be your home in the wilds, and you’ll want one that’s lightweight, easy to set up, and strong enough to resist wind and weather. One cold and wet night in the backcountry is one too many.