Umarex’s take on the Glock 17 makes for a fun to shoot plinker and trainer. 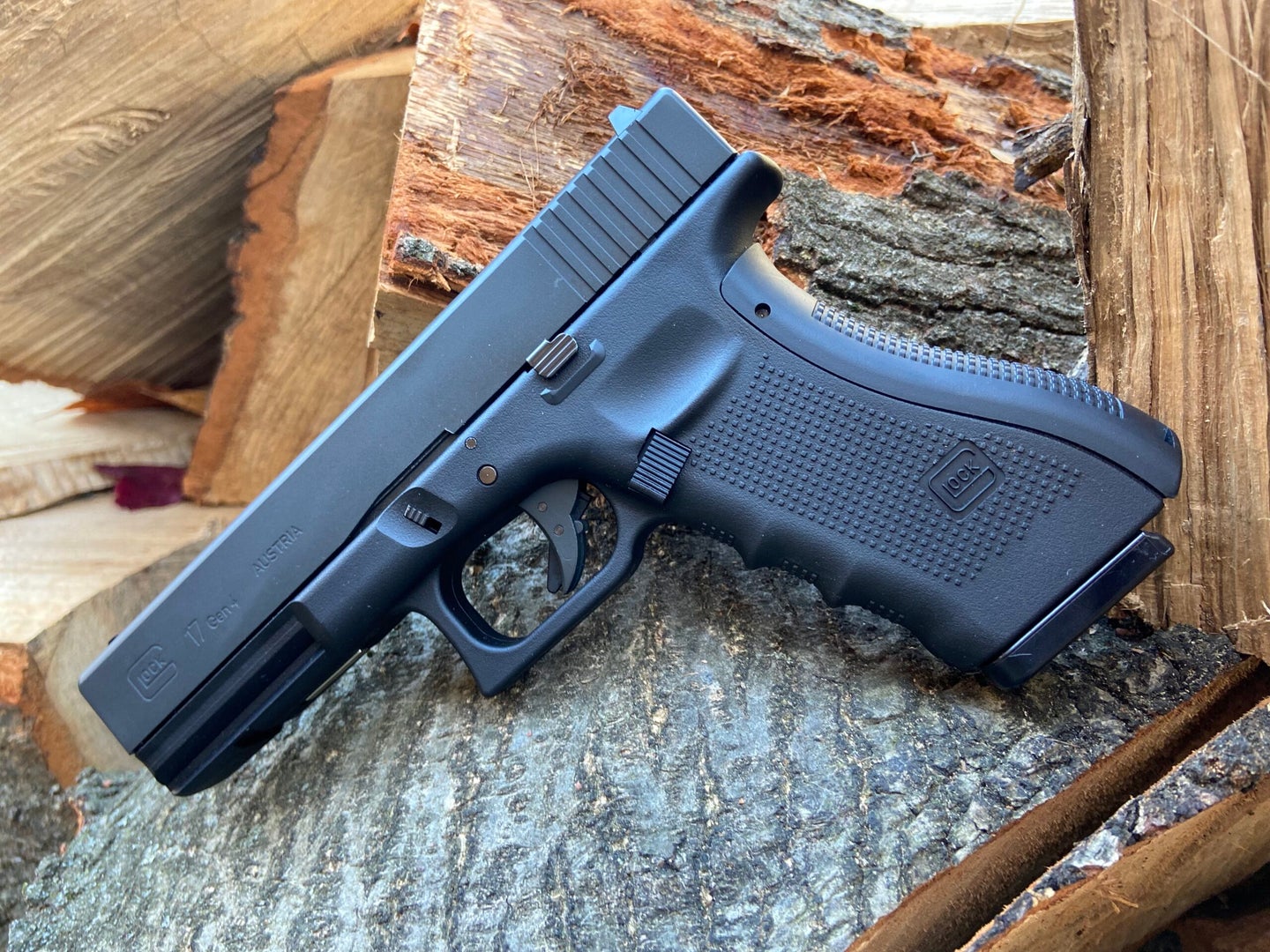 The Umarex Glock 17 Gen 4 is a CO2-powered BB pistol replica of the iconic Austrian handgun used as a service pistol for military and police units worldwide. Featuring the feel and nearly identical weight of the firearm version, as well as blowback function, this semi-automatic BB pistol distributed by Umarex allows shooters to get lots of trigger time at a fraction of the cost of shooting a firearm.

Who is the Glock 17 Gen 4 BB Pistol Designed For?

The Glock 17 Gen 4 C02-powered BB pistol is an easy-to-operate handgun that is fun for casual plinking. Importantly, it is a more-than-serviceable practice pistol for Glock 17 Gen 4 firearm owners looking for an inexpensive way to get trigger time. Whether it be shooting at static targets, moving through courses, or doing reloading drills, the Gen 4 BB pistol is a great practice tool.

A single 12-gram CO2 cartridge (loaded into the removable magazine) sends the BBs downrange while also powering the blowback feature. Loading the C02 cartridge requires removing a protective plastic floor plate cover from the bottom of the magazine and unscrewing a cap using an included ¼-inch hex wrench. Tightening the cap can be tricky because the bottom of the magazine is not parallel to the threads. Once it is tight enough, the tip of the cartridge is punctured and is ready for use. A single cartridge will get shooters through three magazines before the gun loses power. Umarex recommends storing the pistol without a cartridge in place.

The metal drop-out magazine can hold up to 18 BBs, which are loaded into a small port in the front of the magazine. The BBs are pushed to the top of the magazine by a “follower” powered by a spring that is compressed and locked for loading. Compressing the spring requires pushing down on a tiny tab and locking it open by pushing the tab into a small notch. You’ll need a good fingernail or a tool like a mini-screwdriver or even a ballpoint pen for this. I typically opt for the screwdriver. Loading BBs one at a time can be a bit tricky for those with big (or clumsy) fingers, who might prefer to use a small funnel to drop BBs into the magazine.

In addition to a trigger safety system that mimics Glock firearms pistols, the Glock 17 Gen 4 BB pistol has a safety on the bottom of the polymer gun frame forward of the trigger guard. It’s sticky and not convenient for use while actually shooting. But since the trigger safety is functional, it’s really not necessary. It makes more sense for use when changing magazines and/or C02 cartridges. The gun must be cocked (with the slide) before the safety can be used.

The magazine release is on the left side of the handle, just like on the firearm. There is a slide lock lever on the frame above the trigger.

How I Tested the Glock 17 Gen 4 BB Pistol

I tested the Glock 17 Gen 4 BB gun by blowing through dozens of C02 cartridges while sending hundreds of steel BBs downrange at targets out to about 20 yards. The blowback function was snappy and, while it doesn’t come close to replicating the recoil of the fire-burner version of this pistol, it certainly adds a layer of realism. The gun fires with a pronounced pop (think nail gun, but slightly quieter), but it is certainly backyard friendly.

The first word that comes to mind regarding the shooting experience with the Glock 17 Gen 4 BB pistol is “fun”. “Realistic” is a close second. This air pistol is a hoot as a plinker and a great practice tool for firearms shooters seeking a low-noise, low-cost shooting experience.

Accuracy is not great, which isn’t a surprise considering we’re talking about a 3.6-inch-long smooth barrel here. Shooting at 10 meters off a rest and with a new C02 cartridge, the Glock 17 Gen 4 BB pistol would shoot groups in the 5- to 8-inch diameter range, with occasional flyers.

Both of my test pistols shot consistently low, which is a well-known trait of the Glock 17 Gen 4 BB pistol. Because the sights are fixed, adjusting to account for the low point-of-impact requires compensating with your sight picture or modifying the sites. Another option is to install a laser sight using the rail on the frame forward of the trigger guard. But, again, this gun is not intended to be precisely accurate.

The size and feel of this replica are identical to the real gun, including the grip design and surface. So, that favorite holster you use for your Glock 17 will also work for the BB version. During one range session, I had both the BB version and the firearm version on hand, and we were struck by how similar they were.

The weight is quite comparable. At 27.9 ounces loaded, it is just four ounces less than the firearm with a full 17-round magazine. That’s a difference experienced shooters will notice, but it’s close enough for practice work.

Despite being sure not to drop the magazine on a hard surface, at some point, the magazine on the pistol we shot most often experienced a small chip on the plastic where BBs are fed into the barrel. That led to some jamming. It was covered by Umarex under warranty.  Fortunately, because we had two pistols, we could use the remaining magazine to complete our testing. Extra magazines are $49.99.

What the Glock 17 Gen 4 BB Pistol Does Best

The Glock 17 Gen 4 CO2 pistol from Umarex is a fun plinker, and it excels as a stand-in for the firearm for economical training. A container of 1,500 BBs costs about $7, which is less than half a penny per BB. The cost of a C02 cartridge is roughly 75 cents (less if buying in bulk, which you’ll want to do). Shooting three magazines through the BB version of this pistol will cost less than a dollar. With 9mm ammo going for roughly 50 cents a round in bulk, that many shots with a firearm would cost about $30.

What the Glock 17 Gen 4 BB Pistol Does Worst

If accuracy is a must, this is not the pistol for you. It’s fine for low-key plinking, practicing trigger time, and reloading drills. The reality is that while it would be nice if the pistol were closer to the firearm version in accuracy (at least at short range), that’s surely not a priority for most shooters who are considering the Glock 17 Gen 4 CO2-powered BB pistol.

Does the Glock 17 Gen 4 BB Pistol Deliver on its Mission?

The Glock 17 Gen 4 BB pistol is designed primarily as an inexpensive and (relatively) quiet stand-in for the firearm version. It’s also fun for casual shooting, but you’ll have to be OK with inconsistent accuracy.