Recurve vs. Longbow: Here’s What You Need to Consider

There are a few main considerations to take into account when choosing between a longbow or recurve. Focus on these points to make the best decision 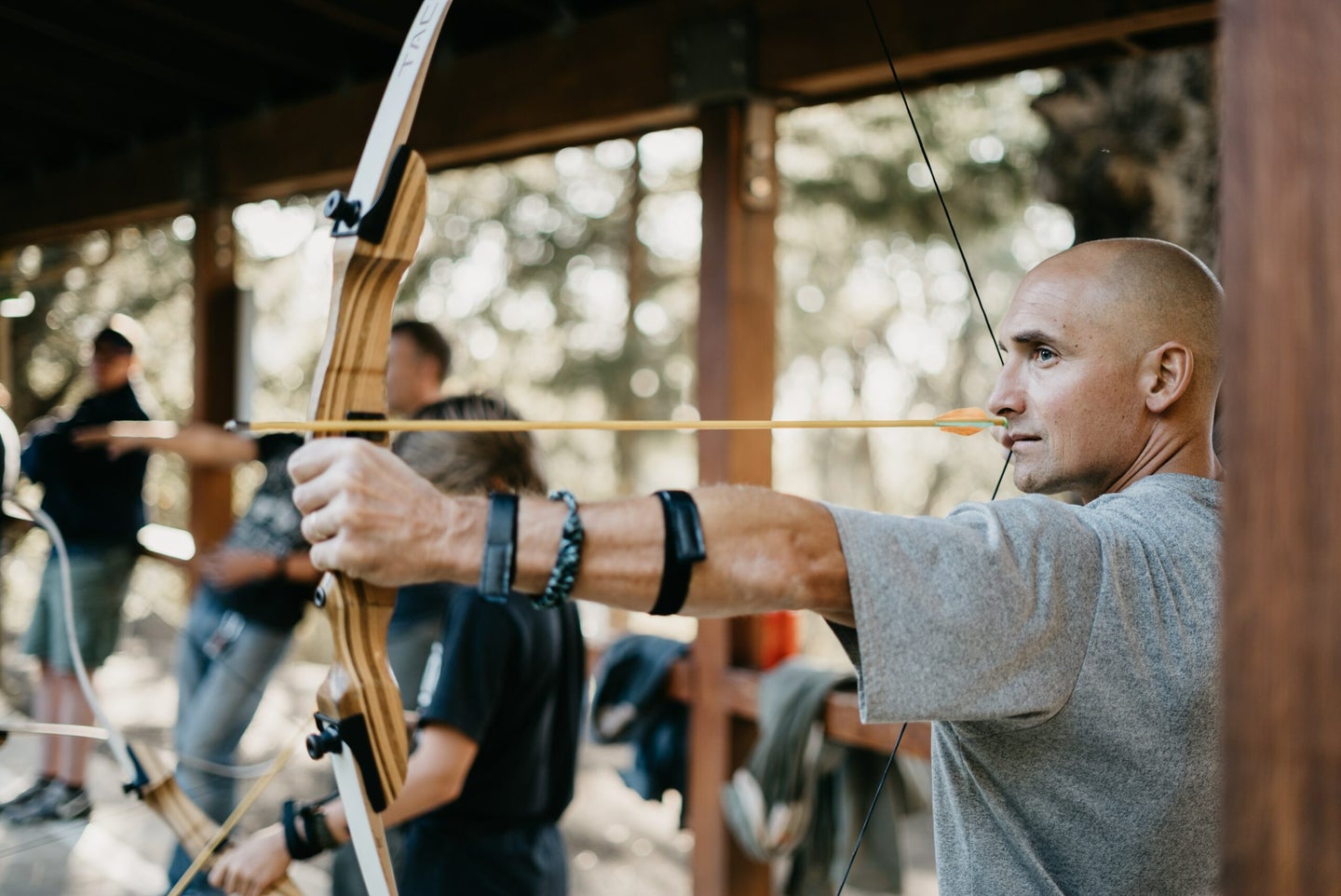 As he has with much in life, my 91-year old father has seen some major changes in bowhunting. Dad hunted in some of the first modern archery seasons in the country in the 1940s with a longbow. He transitioned to a recurve in the 60’s, and stepped into a compound in the 80’s. Today he continues to chase deer—over 70 years from his beginnings—with a crossbow.

We’ve already discussed the differences between compounds, recurves, and crossbows. So let’s turn our attention to the two bow types that resemble each other the most; longbows and recurves. While modern shooters might confuse them, there are important differences between these bow styles that can influence which is the right for you. Recurve vs. longbow…which will you pick?

When most of us think “stickbow” we picture the long, D-shaped arc of a longbow. We also think it’s older than the recurve, but that might be a Robin Hood, western-bias thing; Eurasian warriors and hunters were shooting bows with curved limbs for many centuries. Digressions aside, the longbow is most easily identified by its shape; it’s basically straight when unstrung, and forms that D when strung. The string does not touch the limbs at any point but the ends.

We can thank Fred Bear for many things, but among the most important is the popularity of the recurve, the bow most widely available when modern bowhunting emerged in the mid-20th century. As the name implies, the limbs of a recurve bend toward the archer at about mid-limb, then curve away toward the tips.

That additional curve in the limbs allows them to store energy and results in a faster arrow than a longbow. Recurves are shorter than longbows, so maneuvering one in a stand or blind is generally easier. Other advantages include transport (it’s easier to construct a take-down recurve, which can be stowed in a small case in three sections) and repair; if you break a longbow you’re probably buying a new one, but limbs—the most frequent site of damage—on a take-down recurve can simply be replaced. On the downside, recurves can be less forgiving to shoot and often a tad noisier.

Recurve vs. Longbow: Learning to Shoot

How quickly you adapt to either style of bow will be pretty similar, but you might be influenced by your background. If you’ve shot a compound, the grip of a recurve and the general feel of a recurve might seem more familiar. That is, until you start drawing the bow and realize you’re getting no help whatsoever. If you’re completely new to archery, the general shooting experience will be much the same (minus the exceptions listed elsewhere).

A few words of caution regarding the traditional shooting experience. First, resist the temptation to shoot draw weights much over fifty pounds. Unless you’re a certified hulk or highly experienced shooter, heavy-drawing bows are not a good idea; it’ll be all you can do to reach full draw, much less anchor and aim consistently. Much better to start with a light-drawing bow and learn good form. Then, graduate to something heavier when you feel comfortable. The recurve I’m hunting with this fall pulls 48 pounds. I’m completely confident I’ll have no problem killing even the beefiest of the Midwestern bucks I’ll be hunting. One of my friends, who’s hunted big game most everywhere with a recurve, has long maintained “a well-placed arrow from a 55-pound bow will kill any North American big game animal.” His trophy room proves he’s right.

Second, wear an arm guard. I can shoot a compound all day and never touch my forearm once. But I routinely sting myself when I shoot traditional bows. Do this a few times and, besides the flinches that will ruin accuracy, you’ll have some hefty welts and might not want to practice much.

Finally, plan on practicing more often than you do (or would) with a compound. Once I get my compound tuned up and sighted in, I can shoot a couple times a week and feel confident. But I try to shoot my recurve much more frequently. Even if I only have time for ten arrows, flung at ten yards, I find the concentration and muscle memory it takes for instinctive shooting comes more easily. Rest them for a week and it’s like starting all over.

As noted, longbows are slower than recurves and way slower than even a garden-variety compound. While arrow speeds vary greatly (influenced by draw length, poundage, bow construction, and material, etc.; the same things affecting all bows), an expected speed for an archer shooting a hunting-weight longbow (45-60 lbs) and a 28” draw would be in the 160-170 fps range. Obviously pumping up the draw weight (and other factors) would result in a speedier arrow, but most of us aren’t up to drawing an 80-lb. bow, much less shoot it well.

Longbows are, however, noted for being more forgiving. So while many of us equate accuracy with speed, shooting a bow that handles flaws in shooting form could actually result in more arrows going where we aim them. The simplicity of longbow limb design is one big factor in the forgiveness department; another is reduced string “pinch”; because longbows are longer, the V formed at full draw is less severe, ensuring that the string comes off the shooter’s fingers more smoothly.

Recurves are generally quicker, thanks to the energy stored in the curved limbs as the shooter comes to full draw. Also, recurves typically have fiberglass laminations, which add to the speed. While arrow speed will still fall well short of most modern compounds, expect recurves to be 10-20 fps quicker than a longbow of similar draw weight and length. Again, no hard and fast rules here; there are certainly averages-breaking longbows out there.

As discussed, recurves tend to be a little more finicky than longbows when it comes to forgiveness; they’re usually shorter and lighter and hard to hold steady at full draw (not that you’ll be there long). There’s also more string pinch, which can affect release, thanks to those shorter limbs. These factors can negatively impact accuracy for some shooters. It should be noted that some archers attach sights to a recurve to improve accuracy (check out the Olympics for an example). But let’s face it; most people who take up traditional archery do so because they want to shoot instinctively, and I know some incredible instinctive shooters whose weapon of choice is the recurve.

In my mind, this is pretty much a toss-up, a decision marked by personal preference. If you do a lot of hunting from a pop-up blind the recurve would get the nod, as they’re shorter and more maneuverable. Stand hunting is a horse apiece; I’ve hunted with recurves and compounds from a tree stand and have never had a bow too long for the setup. I doubt the extra inch or three on a longbow would affect things. And the same goes for ground-pounders; if you’re stalking or still hunting big game, the shorter recurve might be better in some situations, the sleeker longbow in others.

I’ve been shooting archery long enough to come to this conclusion; you shoot the bow that fits you best, whether it’s a rocket-launching compound or a traditional bow. My suggestion? Go to a good traditional shop or stickbow 3-D shoot. Ask to fling arrows from a bunch of longbows and recurves and, somewhere in that happy process, you’ll find one that just feels right to you. I have several traditional buddies who have both longbows and recurves in their arsenals. When I ask which they like better, the answer I get is a variation on two themes: “I like them both,” or “depends on the day.” They’re all fun. Just get that one that feels married to your hand.