The sow was stuck inside an Asheville, North Carolina, resident's vehicle overnight. Neighbors say it honked the horn around midnight 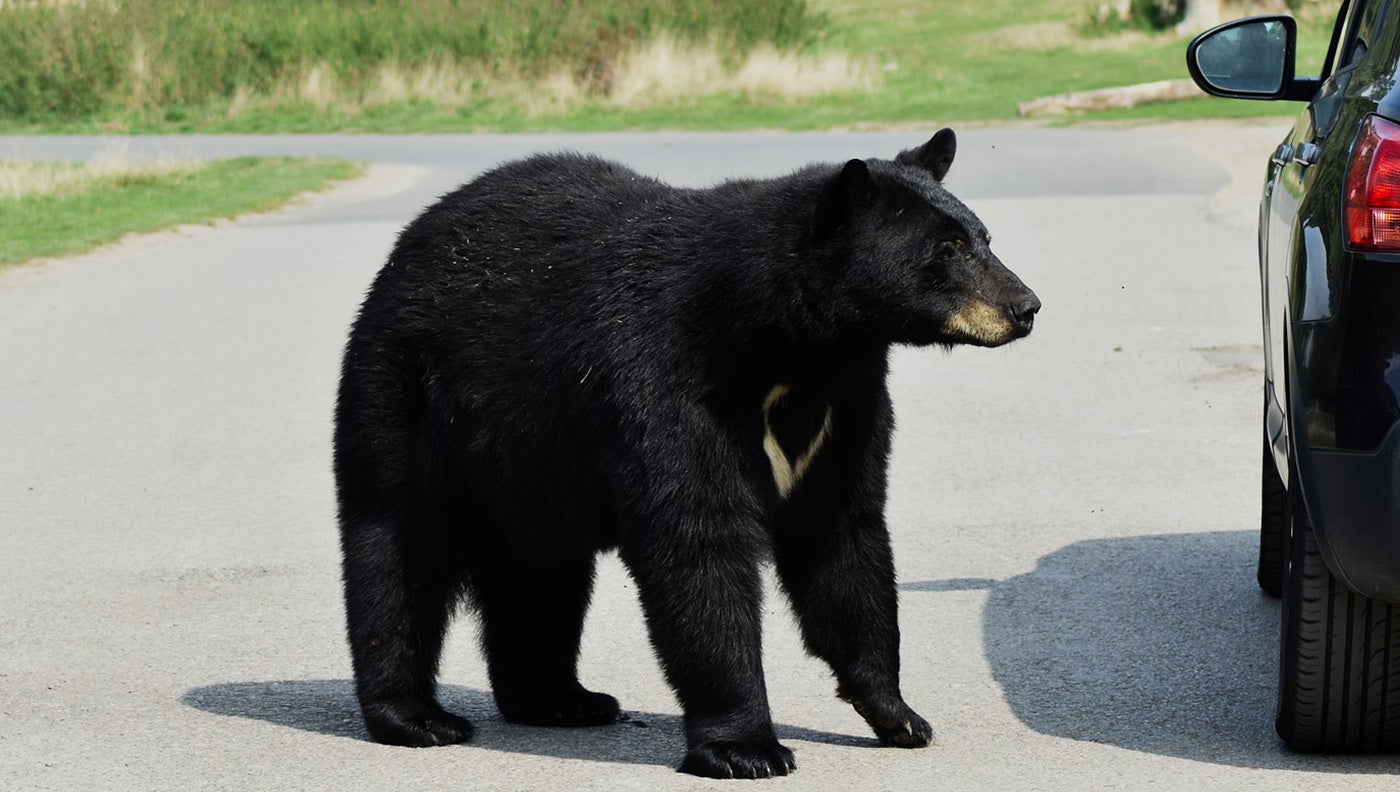 Asheville, North Carolina, is home to as many as 200 black bears. David Cardinez from Pixabay
SHARE

A black bear was trapped inside an SUV parked in a family’s driveway in Asheville, North Carolina, for six hours before it finally figured out a novel way to escape: It smashed through the car’s windshield and climbed out over the hood.

Ashley McGowin, owner of the SUV, was alerted to the bruin’s presence when her dogs began barking ferociously after she put them out around dawn on April 7. She was able to record video of the bear as it began to emerge from the vehicle, and temporarily got stuck, just a few feet from her house. Despite seeing her SUV absolutely destroyed from the inside out, she had sympathy for the panicked sow, who had cubs nearby.

“I know it’s horrible. It’s horrible for the bear,” McGowin told WRAL News. “I am a little annoyed with the bears. But it was very distressing for me to see the mama bear in distress and suffering inside my car.

Video from this WRAL News report shows the bear escaping from the SUV, as well as the damage done to the vehicle.

McGowin was unsure how the bear got trapped inside her car, but she said the door may have been left unlocked. She theorized that the bear may have opened the door, crawled inside, and then become trapped when the wind blew the door shut. Neighbors later told her they heard honking around midnight, which led her to believe that the animal spent all night trying to find a way out.

A catalog of the damage offered by one young bystander shown in the WRAL report perhaps offers a hint at why the bear was attracted to the vehicle in the first place: “I see foam, wires, a bag of Ritz,” the youngster tells a reporter, “and broken stuff.”

The state Wildlife Resource Commission estimates 7,000 to 9,000 bears inhabit western North Carolina, and the city of Asheville is thought to provide year-round range for 100 to 200 bruins. McGowin said black bears are a fairly common sight in her yard, but she noted that the animals usually keep to themselves. She was happy to see the sow reunited with two cubs, who wandered off with their mother after the escape.

The upside? McGowin’s 10-year-old son, Seth, got one heck of a story to tell his friends, as well as a missing-assignment excuse that will likely go down as one of the most memorable his teachers will ever hear.  “The bear, sadly, peed on the book I was reading at school,” Seth told WRAL, “and she ate my homework.”