As an invasive species, feral cats take a devastating toll on native birds and small mammals. Could the solution be to hunt them? Here, kitty, kitty... 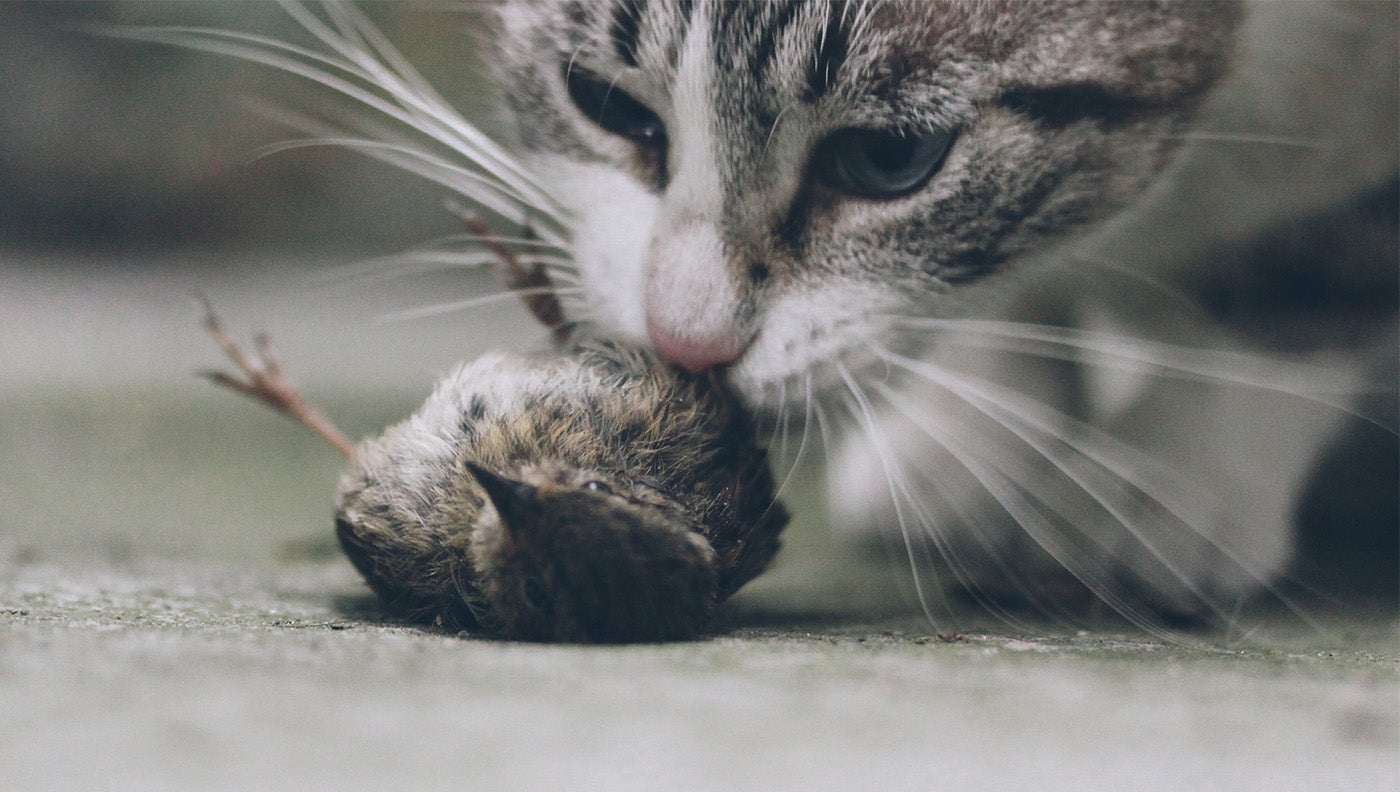 Cats are a problem. Not the ones people keep as indoor pets. But the ones that have been abandoned by their human caretakers and the marauding colonies of efficient predators they’ve given rise to across the country. Feral cats. So far, the solutions we’ve tried, like trap-neuter-release (TNR) programs, don’t seem to be working. So, Bill Hayes, who is running for commissioner in Licking County, Ohio, recently suggested another method: Hunt them.

Hays put the idea out there during a forum Monday night in which candidates for the commissioner post were fielding questions from the public. “This won’t be very popular,” he said, as reported by the Newark Advocate. “We have a squirrel season, various seasons. It would seem to me if you’ve got an animal that’s not a pet for anybody, you’ve got to do what you’ve got to do to make the situation better. A feral cat season if you need to.”

Just How Bad Is the Feral-Cat Problem?

Some feline experts estimate that for every pet cat in the country, there is a feral counterpart, up to 80 million in all. And because cats are fertile at six months and give birth an average of 1.5 times per year, TNR efforts only scratch the surface. In Licking County, 18 clinics neuter and release about 500 cats a year, and yet the problem persists.

Some wildlife advocates, meanwhile, point out that cats, whether feral, neutered, or domesticated, are an invasive species that kills large numbers of native species. One study found that free-ranging cats around the world account for up to 4 billion bird deaths and 22 billion mammal deaths every year. Another study showed that cats have contributed to the extinction of 63 species worldwide.

Grant Sizemore, the director of invasive species programs at the American Bird Conservancy, tells F&S that “Domestic cats are among the world’s most harmful invasive species. Their presence on the landscape disrupts ecosystems through predation and the transmission of infectious diseases. They spread the parasite (Toxoplasma gondii) that causes toxoplasmosis in birds and mammals. This parasite is the reason that pregnant women are advised to avoid changing cat litter, but for cats that roam outdoors, the entire environment is a giant litterbox.“

Hayes Kowtows to the Cat-Lovers

But by Wednesday, Hayes had heard from another group of advocates—cat-lovers—and quickly changed his tune. “I apologize to all those offended and I truly want to help with that problem and not hinder it,” Hayes told the Advocate. “My words were poorly chosen. I know we can’t go around shooting cats.”

In any case, it seems that Hayes might have had to change some laws before a feral-cat season could even be considered. Ohio Revised Code 959.131 states: “No person shall knowingly torture, torment, needlessly mutilate or maim, cruelly beat, poison, needlessly kill, or commit an act of cruelty against a companion animal.” And it defines a companion animal as “any animal that is kept inside a residential dwelling and any dog or cat regardless of where it is kept.” On the other hand, there may be a window of opportunity around the words “needlessly kill,” as many scientist and wildlife experts will agree that we need to get a handle on the feral-cat problem.