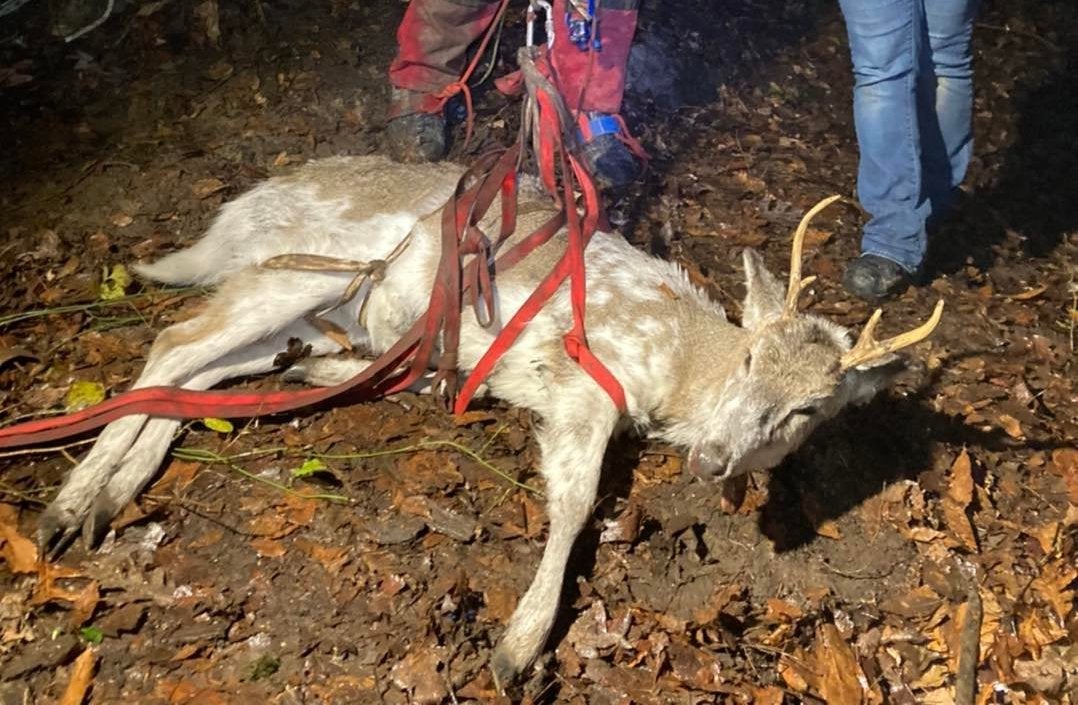 The Indiana Department of Natural Resources (DNR) is celebrating three conservation officers for rescuing a piebald deer from a 50-foot-deep cave in Crawford County. Officers Jim Hash, Robert Brewington, and Neal Brewington arrived on the scene after a motorist reported nearly hitting the deer. The small buck ran across the road and seemed to vanish, but the driver soon found it at the bottom of a cave in the woods.

Hash, and Robert and Neal Brewington are all part of the Indiana DNR’s ICO Cave Rescue Team and were on duty when the call came in. “[They] responded and formed a plan, not knowing the extent of any injuries,” The Indiana DNR wrote in a Facebook post about the incident. Then, the officers rappelled into the cave and discovered the deer was still alive. After touching down, they used a tranquilizer gun from Harrison County Animal Control to sedate the deer and tied straps around the animal for hoisting it back to the surface.

Once out of the cave, the deer was dazed, but the officers shortly released it after confirming it had no visible injuries. “Multiple local residents and HC Animal Control staff assisted in this endeavor,” says the Indiana DNR.  “We applaud the compassion and efforts of all those involved.”