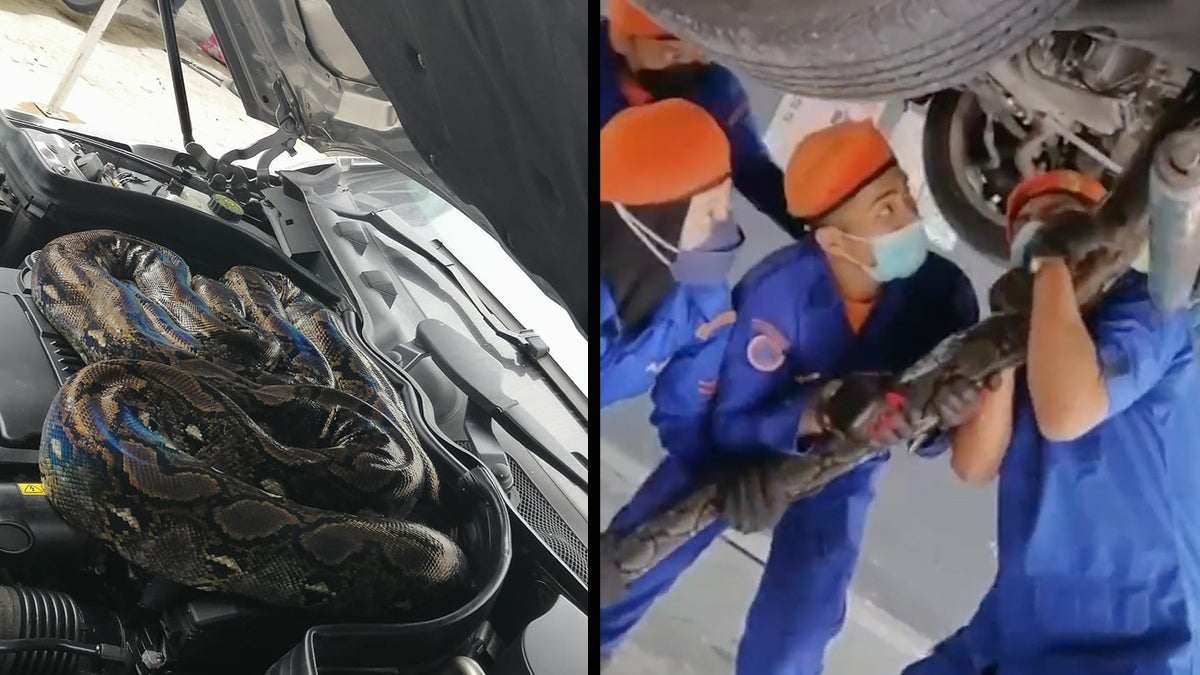 We’ve all been there, right? You drop your car at the garage for routine maintenance, then comes the dreaded call from the mechanic: Turns out that simple oil change you ordered just got a lot more complicated because “we found something else.” For a Malaysian man, the routine repair was a faulty wheel sensor, and the “something else” was a large reticulated python that garage workers discovered coiled atop the car’s engine when they popped the hood.

A Twitter user named Sya posted photos of the huge snake on April 21. She told The Rakyat Post that her uncle had parked the car alongside the road in Nilai, Malaysia, and made arrangements to have it towed to a garage the next day. The snake, likely drawn by the warmth of the engine, apparently crawled in and made itself at home overnight.

Garage workers called in members of the local Civil Defense Department to remove the python, but “the task proved challenging,” the newspaper reported. “The long snake simply refused to budge like a child refusing to get out of bed for school.”

Video shows four uniformed men under the car, which is raised on a hydraulic lift, attempting unsuccessfully to tug the python out of the engine compartment. The snake’s length and girth are not detailed in news reports, but it appears to be around 10 feet long and thicker than a firehose. Reticulated pythons are considered the world’s longest snake and among the three heaviest. They can reach 21 feet in length and weigh as much as 165 pounds. They are native to south and southeast Asia and fairly common in Malaysia.

Pythons are not to be trifled with. Though attacks on humans are rare, they are not unheard of. In 2017 the body of a missing 25-year-old Indonesian farmer was found inside the belly of 23-foot python, and in 2018 a 54-year-old Indonesian woman was killed and devoured by a 23-foot-python while working in her garden. Graphic video of the snake’s dissection was posted online. In both cases, the victims were found to have been swallowed whole.

In Nilai, the Civil Defense Department team was able to free the snake after an hour, and video posted afterward shows the python and its rescuers unharmed. Reports say it was released back into the wild.