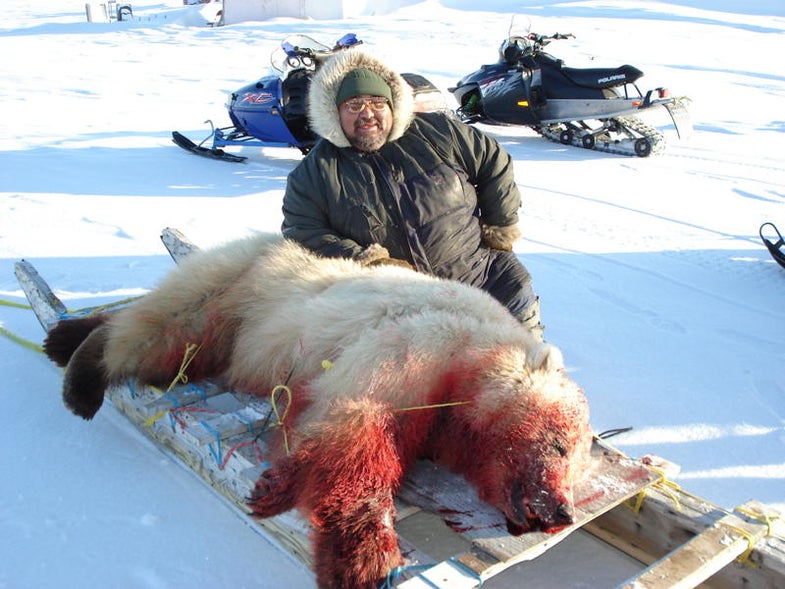 When David Kuptana—a 51-year-old native Inuit hunter from the remote Northwest Territories hamlet of Ulukhaktok—shot an odd-looking polar bear on April 8, he knew immediately there was something different about it. He was right. Genetic testing later confirmed what Kuptana initially suspected after he shot his bear: it was a grizzly-polar bear hybrid, only the second ever confirmed in the wild and the first second-generation hybrid (the offspring of a first-generation polar-grizzly hybrid) ever seen. Here is his story.
SHARE
Predator Hunting