I think I wrote about this back in 2006, but so what? As Ed Zern pointed out, would you listen... 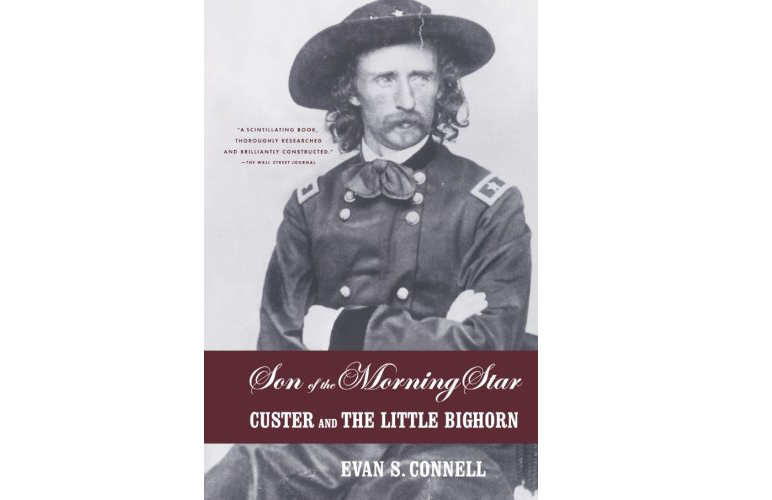 Son of the Morning Star: Custer and the Little Bighorn, by Evan S. Connell. Buy It Now.. Amazon.com
SHARE

I think I wrote about this back in 2006, but so what? As Ed Zern pointed out, would you listen to Beethoven’s 9th Symphony just once? At any rate, for many years I’ve had an unhealthy fascination with the Battle of the Little Bighorn or, as it was known in politically incorrect times, Custer’s Last Stand. I’ve visited the field five times. Also, my grandmother was born in 1876, the year the battle took place, so I consider myself an expert.

Recently, I’ve been re-re-re-reading the best book written on the Little Bighorn, Evan S. Connell’s Son of the Morning Star, and one of the very, very good ones, Nathaniel Philbrick’s The Last Stand, and feel moved to comment on one of the pervading myths about the Unpleasantness in the Valley of the Greasy Grass; to wit, that Custer and the 265 troopers with him died at least in part because the copper-cased cartridges in their .45/70 Model 1873 Springfield carbines split and could not be extracted, thus causing the weapons to jam and the troopers to perish.

Some cases did split. Captain Thomas French, who fought with Major Reno’s battalion and had a Springfield rifle, which had a ramrod, was kept busy knocking them out. Other troopers pried them out with knives. But when the battlefield burned down to the bare ground in 1983 and a careful forensic search was made of it, only 3.4 percent of the .45/70 cases recovered showed signs of prying.

One of the other facts the survey revealed is that the Indians were much better armed than the troopers; in that kind of a close-range fight a lever-action repeater is a lot more useful than a single shot, and the Sioux and Cheyenne had possibly as many as 300 Winchesters and Henrys, which held 17 rounds, and could really crank out the lead. One spot on the battlefield near Calhoun Hill contained so many repeater hulls that the archeologists named it “Henryville.”

At the time of the Little Bighorn, Custer was a major hero to the public. “The Boy General” of the Civil War, he was the youngest soldier in that conflict to get stars, and he managed to keep much of his popularity afterward. At the same time, the original inhabitants of the Great Plains were thoroughly detested and feared and the thought that an elite cavalry regiment led by a famous West Point graduate could be whipped by a collection of painted savages was unacceptable.

The Model 1873 Springfield was chosen by an Army Ordnance Board because it was the most reliable of the numerous single shots and repeaters tested. It was found that recruits could get off 8 rounds per minute with it and veteran troopers could fire 15. It didn’t matter. Rapid fire or slow fire are of little importance when the man in command is a raving incompetent.

Sitting Bull said, years after the battle, “People say I murdered Custer. That is a lie. He was a fool, and he rode to his death.”

No one has summed it up better. Here’s a very partial list of the handicaps under which the Seventh Cavalry fought that day:

Their horses were starving, dehydrated, and exhausted.

Probably a third of the 7th Cavalry were raw recruits who could barely sit on their horses at anything faster than a trot, and who had never fired their weapons.

Custer split his command in three parts in the face of an enemy whom he knew to be numerically far superior, thus violating a military rule so elementary that even the privates knew it.

He issued vague orders to Major Reno and Captain Benteen, his second and third in command, and showed no sign of having any kind of a plan himself. Because of the enormous size of the battlefield, there was no way to coordinate the three battalions.

His enlisted men detested him and called him “Iron Ass,” and not with affection. His officers, with some exceptions, despised him, and Major Reno said he “…had no confidence in his [Custer’s] ability as a soldier.”

No one knows for certain what course the battle took, but it’s reasonably certain that Custer and his third of the regiment were chased in no fighting order, along a series of ridges, dying along the way, until they came to what is now Custer Hill, where Crazy Horse and Gall closed on them and the Last Stand took place.

That part of the battle took 10 to 15 minutes, no more; “as long as it takes a hungry man to eat his dinner,” as one eyewitness put it. The troopers under Custer’s command, at this point, certainly knew they were doomed, and performed about as well as any group of soldiers who know for a fact that they will be tortured to death if they are taken alive.

How many aimed shots per minute can get you off under those circumstances? Not eight to fifteen a minute. If all the Springfields had jammed it probably wouldn’t have made much difference. The fragment left on Custer hill was faced by a major part of 2,500** well armed and extremely angry members of what was called “the finest light irregular cavalry in the world.”

For years after the battle, Indian survivors told how bravely the troopers fought. They did this because for a long time they believed they would be hanged if they said anything unflattering about the wasichus. Some troopers did fight bravely; others, probably a considerable number, panicked. Some simply lay down and waited to be killed. Some were killed running. Some shot themselves, or each other. It’s possible, but not provable, that Captain Tom Custer shot his brother in the head. “Save the last bullet for yourself,” was their motto.

In a way, the Indians were right about what would happen to them. Crazy Horse was bayonetted to death at Fort Robinson in 1877. Sitting Bull was shot to death at Wounded Knee by Indian police in 1890. The rest were herded on to reservations where they were starved and cheated and watched their children go to schools where they were beaten if they spoke in their native language. “Kill the Indian; save the man,” was the motto of these institutions.

*If you’re old, you remember that the title of this post is a novelty song that was a hit in 1960. It was sung, if you can call it that, by one Larry Verne.

**Two thousand, five hundred, is at the low end of the estimates of the number of warriors that took on Custer. It may well have been a thousand more than that.