The Politics of Hunting and Fishing

It’s time to vote for candidates who understand hunting, fishing, and conservation—and vote out the ones who don’t 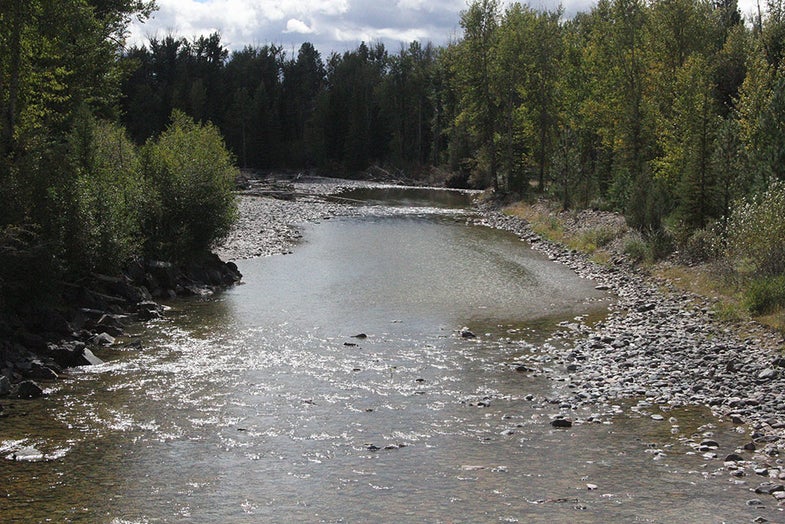 Montana's stream access laws are the gold standard in the U.S., in large part because of the sportsmen who fight for them. Wiki Commons
SHARE

It is a confusing time in the United States, especially for those of us who love the outdoors and hunting and fishing. There are so many changes coming at us so fast. From hunting access to clean water, we are losing ground to a surging population and a growing indifference—well, it might be better to call it what it is: a growing ignorance —about conservation and the environment. Land, water, air support not just our hunting and fishing, but our every endeavor.

The current state of our politics is perhaps the perfect example of where we have allowed our nation to stagger. We have achieved the unthinkable, allowing one political party—the Democrats—to be the sole representative of the decades-long American triumph in protecting wildlife habitat, clean water, wetlands, and public lands. The major problem with that? Most of us don’t seem to be Democrats. Many, if not most, hunters and fishermen that I know view Democrats as the party of identity politics, gun control, open borders, and an increasingly powerful and meddlesome federal nanny-state.

So what do we do? We vote for candidates from a Republican party that has declared war on everything from the wetlands protections that have restored American waterfowl hunting to the Clean Water Act that restored most of our fishing, to the public lands where most of us hunt, shoot, and camp. Don’t believe me? The actual platform of the GOP reads:

(That last line may or may not be true. There are as many examples of people destroying their private lands as there are examples of outstanding stewardship. But what is almost certainly true is that if our public lands become private, you and I will no longer be hunting or camping on them. Whether those lands are stewarded or destroyed will be thoroughly beyond our control. And as far as that ” control of water ” mentioned there so glibly, well, 62 percent of all water in the arid West comes from snowpack on what are now federally managed public lands. It doesn’t take a business genius to see what kind of money and power would be on the table with a transfer of those water assets into the global marketplace.)

Contrast that GOP statement with the Democrats platform in 2016:

Which one would somebody like me, a Southern-born gun nut who has raised his family in the West precisely because of the access to hunting and fishing on public lands and waters, support?

The recent mid-term elections might have revealed that we, as a people, were tired of the stark power struggles between the two political parties—the winner-take-all, scorched-earth mudslinging and mendacity of the campaigns. Some writers I respect certainly thought so and it is true that one of America’s most moderate Democrats and champion of public lands, Senator Jon Tester of Montana, was re-elected over a Republican opponent who was once an outspoken advocate of transferring public lands to state control. But Tester didn’t win by much. Of the 504,374 people who voted, 48.4 percent cast their votes for the Republican, Matt Rosendale, a former land developer from Maryland. That’s 244,116 Montanans, many of them hunters and fishermen, who chose for their state—one of the most iconic public hunting and fishing bastions on earth—to be represented by a man with a demonstrated record of being anti-public lands and who, in his limited time in public service to the state, was known primarily for blocking critical and long-planned conservation easements that would have opened public hunting access to thousands of acres of private land and protected big game winter range and other wildlife habitat.

Who exactly are we?

From Lake Okeechobee to Florida Bay, south Florida is in ecological freefall. We published a long series on what was happening there just last year and tragically enough everything in the story—all of the worst-case scenarios—not only came to pass, but have turned out to be much, much worse than anyone could have predicted. Entire fisheries on both coasts are being poisoned by a red tide event that is fed by the surreal amounts of nutrient pollution being dumped east and west from Lake Okeechobee through manmade canals. Beaches are closed to swimming and fishing is at a standstill; an entire tourist economy, and all of the jobs and money it generates, is in imminent danger of collapse. The disaster is decades in the making—and during each decade, everybody who knew the waters there, from sport and commercial fishermen to surf-shop owners, said that the problem had to be fixed, that it was getting worse every year, yet their warnings were never heeded. And both political parties have been up to their ears in money from both the sugar industry and land development and agricultural interests that profit from not fixing the water pollution problems. (We’ve known exactly how to fix it for decades.)

But the administration of Republican Governor Rick Scott has been particularly negligent and eager to dismantle regulations that protected clean water, and to do the bidding of polluting industries. During the political campaigns leading up to the November elections, the common cry was “Vote your Water!” meaning, “Please do not vote for Rick Scott,” who was running for a seat in the U.S. Senate. The list of the Scott administration’s failures, compiled during the water crises, which is still going on as I write this, was extremely damning. Nearly every newspaper in south Florida chronicled Scott’s direct responsibility for the disaster, including that his administration had cut $700 million from the budgets of the water-management districts tasked with monitoring and responding to disasters exactly like the one that is now unfolding.

The media was rife with stories about how the blue-green algae and the red tide and the obvious failures of the Scott administration, would result in a sure victory for Scott’s Democratic opponent, Bill Nelson, in the race for the Senate seat. But none of that happened. The race was tight, but a small majority of Floridians who voted—more than 4 million of them—did not “Vote Their Water!” Instead, they decided that Rick Scott, despite all that was happening to the economy and water and quality of life in south Florida, was the best man to represent them in Congress.

Given that Florida is one of the top fishing states in the U.S., many of those 4 million voters who chose Scott must have been serious fishermen—possibly even fishing guides—boat salesmen, and tackle store owners. Why would they vote for someone with Rick Scott’s record?

I don’t care, either, any more than I care who originally decided to dam up Lake Okeechobee, turn it into a poisonous soup, spew the soup out east and west to wreck two coasts, all the while blocking the critical flows of water to the Everglades, the Biscayne aquifer, and Florida Bay.

It does not matter.

Whether someone is a Democrat or a Republican does not matter, either in this case. If a candidate has an A-rating from the NRA, but is anti public lands, believe me, we can find, or produce, a candidate with an A-rating from the NRA who is also pro public lands. In Montana, we have conservative politicians who would probably love to get rid of our expansive stream access law, viewing it as an affront to private property rights, but they have learned not to try and attack this extremely popular law if they want to be re-elected. We can have conservative leaders who are strong conservation advocates. We simply have not demanded that yet, and so we don’t have them. We’ve been lying down on the job, arguing over trifles, and dining on the fruits of the toil of those who came before us. The fruits are running out.

We have to get to work.

From this day forward, our environment, our American heritage of conservation, must not be the domain of any single political party. I don’t care if you are a Dittohead or a Maoist, you do not want a thousand tons of dead fish awash in a mat of toxic green algae in front of your house. No flat-earther wants their daughter or son to be poisoned by drinking a glass of water from the tap in the kitchen. Neither Republicans nor Democrats want to see the river in their town catch fire or hear their child wheezing from asthma.

The fishing and hunting that we love and spend some of the finest hours of our lives pursuing—that we will pass down to our children and theirs—are the interest on the principle of conserved and sustainably managed lands and waters. First, there must be conservation—strong, concrete policy, that prioritizes clean air and water, healthy lands, flowing rivers, topsoil, and forests. Then comes public access, wildlife habitat, fishing, hunting, boating, swimming, camping, food to eat and water to drink, tackle shops, and truck, gun, and ammunition sales.

If elected representatives do not understand that, then we must, as citizens and the ultimate stakeholders, inform them and do our part to dispel their ignorance. If those elected representatives, once informed, still do not act in our best interests, then they must be voted out of office as soon as possible, before more damage is done, as in Florida.

Too many of us on the conservative side of the spectrum have argued endlessly that the 10th Amendment to the Constitution means that the federal government should not impose environmental laws on the states, that the responsibility for protecting the environment belongs to the states and the citizens of those states. We ignore the extraordinary successes of federal law in restoring clean rivers, wetlands, air, oceans, fisheries, wildlife, and wildlife habitat (even while enjoying the benefits of that which we say we despise).

If we want more powers granted to our states, so be it. Let us make our state governments as successful, or more successful, than the federal government at protecting the natural resources that we cannot live without. Show us the clean water laws and regulations at the state level that are more stringent, more effective, better designed than the federal Clean Water Act. Show us where this is true. We cannot do so now, because we at the state level have never taken on those responsibilities in an effective manner. We punted, the federal laws saved our water and air, and then we rant in fury at the federal government, while safely drinking a cold glass of water on our deck.

Let’s stop punting. Let’s vote for candidates at the state level who understand how the world really works—and by voting out, immediately, those who do not. Soon enough, people who want political office will get the message.

It will not be difficult. We’ve simply never tried to do it before.