A slow year, but there were still some fish—and a rare smile—to be had 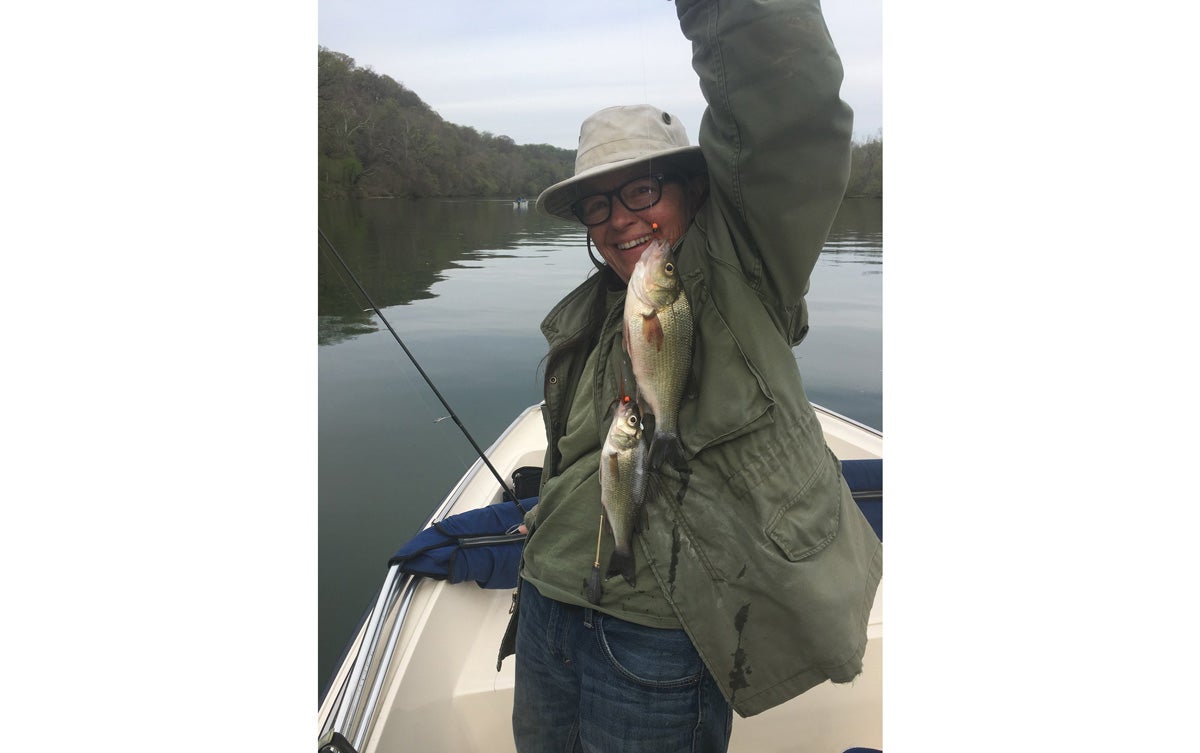 It’s more ceremony than fishing these days to go after Morone americana, the white perch that swim up the rivers running into the Chesapeake Bay in spring to spawn. They’re the sweetest meat you can pull from the river, and the memory of a single good day is enough to keep you coming back for years. Gordon Leisch, who has been fishing the Potomac for 75 years, remembers when the run when lasted for nearly two months. “You could fill a 5-gallon bucket every day of it in a couple of hours,” he says. Those days are gone. The run these days is spotty and short, about two weeks. If you can catch it at all. If the river is high or the water cold, the perch almost seem to not come at all. The commercial netters downstream catch them in huge numbers. The recreational angler—lacking organization, a lobby, and the money it takes to make your voice heard—is lucky to catch enough in a full day to get dinner. This can break your heart if you think about it too hard.

Paula Smith, Gordon, and I went out at 7 a.m. yesterday armed with tandem rigs of small bucktail jigs in white, brown, orange, yellow, pink, and purple (or “Lady Gaga,” as Paula calls them). We moved between the ancient places—”the deep hole,” Windy Run, and “the white sign.” We jigged constantly, changing from 2 ounces to 3 ounces and back, trying to find the least amount that would still hold bottom. Jigging isn’t hard, but you never stop and you’re always alert to the little bump that means a fish. We reeled up about 50 more that were between 6 and 8 inches—too small to be worth filleting. There’s just not that much meat on a perch. But over five hours, we did catch 15 that we decided were big enough to keep. Paula caught a big one, as did I. Our bycatch included two or three catfish, three herring, and a 3-pound quillback, which is large kind of sucker.

“I’m not happy,” Paula announced several times. “At all.” But then she got hit, said it felt like a good one, and reeled up a double, including the largest perch of the day. Which is how I managed to take the only picture in existence of a smiling Paula Smith. That made the day worth it.