The Prehistoric Sportsman: How to Hunt a T-Rex

Behold—the Prehistoric Sportsman! This is a new, just-for-fun series we’ll be running from time to time in which we ask... 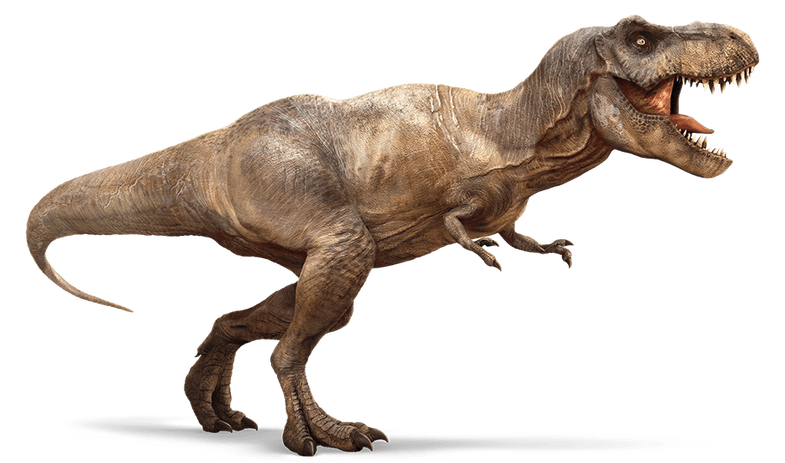 Behold—the Prehistoric Sportsman! This is a new, just-for-fun series we’ll be running from time to time in which we ask our experts to channel their inner-caveman and explain how they’d go about hunting, or fishing for, critters that’ve been long gone for ages. If you have ideas or species suggestions—how to make a crossing shot on a pterodactyl, for example—leave it in the comments. —The Editors

The first person to fantasize about hunting T-Rex was, I believe, the great science-fiction writer, Ray Bradbury. In 1952, he wrote a short story for Collier’s magazine entitled “A Sound of Thunder,” in which a safari company in the year 2052 takes a hunter back in time to collect a T-Rex of his very own. Things go badly.

The problem with hunting one of these critters is that a great deal is still not known about them. We do know that a good-sized adult was 40 feet long and weighed 9 tons (half again as much as an African elephant). We know that they could take 500 pounds of meat with a single chomp, and that they had the most powerful bite of any land animal that ever lived (12,000 pounds). We know that they were smart as dinosaurs go, and that they had excellent binocular vision, extremely good hearing, and a sense of smell that verged on the supernatural. The skull of a big adult was 5 feet long and weighed 1,100 pounds.

So, with all that in mind, let’s say you’re transported to the Cretaceous Period version of what is now Montana, which was T-Rex central. The closest thing we’ve seen to this is Africa as it was in the 19th century, which was positively teeming with animals, many of them large, and many of them dangerous.

T-Rex’s brain was larger than ours, but still small in relation to its body size, and it was located high in the skull to the rear of the eyes. It was shaped rather like an elongated and badly misshapen loaf of bread, and a high percentage of it was devoted to the senses of scent and sound. The cerebrum, which controls thought, was small, perhaps the size of a softball, and I think you’d have to hit that and destroy it if you wanted the beast to go down right away.

You could, if you really wanted to make things sporting, carry a big conventional rifle such as a .460 Weatherby, or .500 Nitro Express. For anything up to and including elephant, these pack gobs of power. But for something that weighed 9 tons and had a skull that scaled half a ton, I dunno.

And so you get him/her (the females may have been bigger) on the ground. Then you come to the really serious problems: field-dressing (all the while keeping an eye out for the beast’s friends/spouse/competitors who wonder what all the commotion and the smell of blood are about)… and finding a taxidermist. Good luck.

Note: This post originally placed the T-Rex in the Jurassic Period, not the Cretaceous (as fossil hunter pointed out), and listed its weight in one instance as 6 tons instead of 9. It has been updated. We regret the errors.