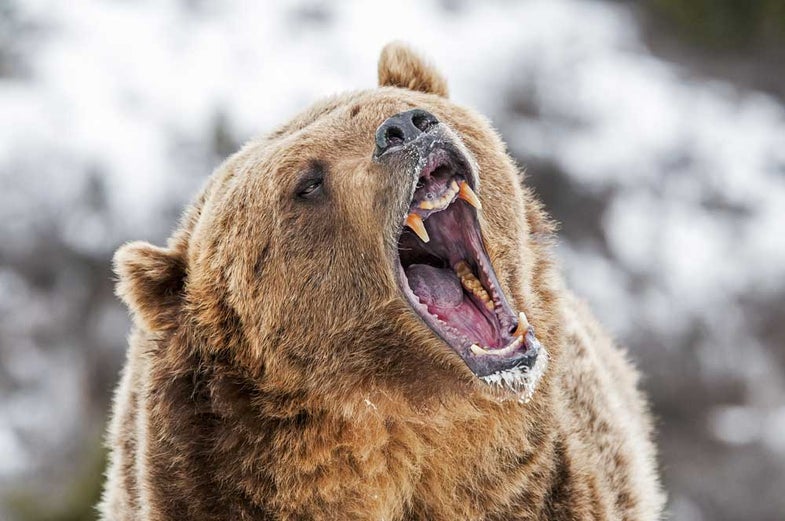 When reader ChevJames mentioned in the comments section that Jack O’Connor shot a couple of grizzlies with his .270, it set my alarm bells ringing, because shooting a griz with a .270 is not a prudent thing to do, and old Jack was no one’s fool.

(A J O’C story I must pass along: O’Connor had the staff of Outdoor Life terrorized*. O’Connor used to visit the OL office in New York en route to overseas and use the office phone to call various professional hunters on the other side of the Atlantic back when that was a big and expensive deal.

(Occasionally, for reasons that are obscure, he would corner a young editor and bellow, “HOW MUCH DO THEY PAY YOU?” [Being deaf as a post, he always bellowed.] The petrified Assistant Editor would stammer, “A hundred dollars a week, sir,” to which O’Connor would thunder, “WELL JESUS CHRIST, HOW DO YOU MANAGE TO LIVE ON THAT?”

(But he sure could write about guns.)

Anyway, I started checking, and Craig Boddington wrote the same thing, and Craig is very careful with his facts, and then I went to O’Connor’s book The Hunting Rifle and there it was. Apparently he killed two griz with a .270, but he didn’t elaborate, except to mention that one of them dropped like a rock.

Grizzlies are not huge. The boars go in the neighborhood of 500 to 600 pounds. However, they’re thick-hided, heavy boned, heavy muscled, and sincere. I know that caliber is rapidly becoming irrelevant, but all the same, I’d want something bigger than a .270 in case I made one cross.

A friend of mine shot a griz uphill from him (which is a mistake, because they roll, and can end up in your lap) with a .300 Weatherby. I believe he hit it with the first shot, then missed with the next two, and reloaded, except the floorplate popped open, and the rifle dumped its cartridges in the high grass at his feet. The bear rolled right up to him, got to its feet and, enraged, looked for payback.

My friend distinctly remembers thinking, “This is going to be very hard on Em” (his wife). But the bear died and that was that.

When I’ve hunted in grizzly or brown bear country, I’ve carried either a .338 or a .340 Weatherby. And If you talk to Alaska guides about backup rifles, most of them like something even bigger, like the .375 H&H. Some prefer .416s of one kind of another, and others go as high as .458.

One fellow made a convincing case for the .338. He said that sometimes he had to stop a bear that had been wounded by a client, and was running away, and that he had only a rapidly disappearing rump to shoot at that was 200 yards away and traveling, and the .338 was best because of its comparatively high velocity. He also said that black bears will kill you because they want to eat you, but that grizzlies do it for territorial reasons.

All the preceding assumes that you’re hunting bears on purpose. If you shoot in self-defense, without a license, you better look like Hugh Glass after the grizzly got through with him, because when the carp cops get through with you, you’ll wish you’d let the bear finish the job.