Ask Phil: How Important Is It to Keep My Shotgun Bore Clean?

Just how important is it to keep the bore clean? It can take a lot of work with a wire... 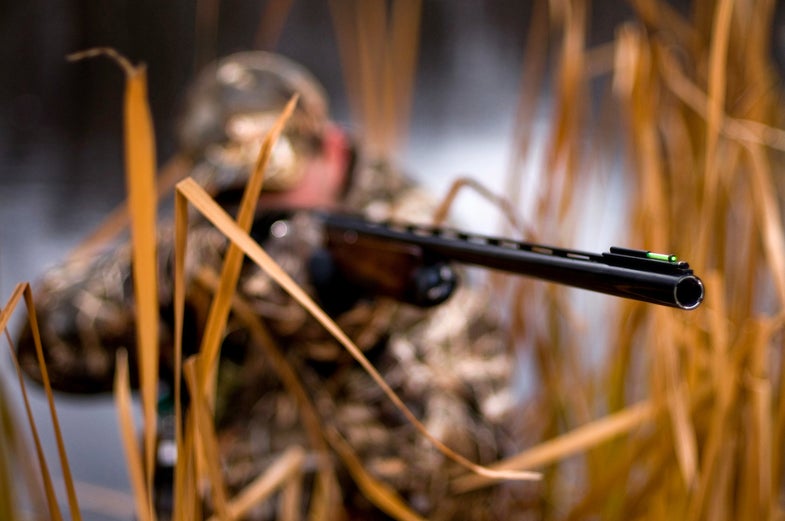 A dirty bore can affect patterns, but maybe not the way you would expect. John Hafner
SHARE

Just how important is it to keep the bore clean? It can take a lot of work with a wire rod brush and solvent to get the bore squeaky clean, but is that really necessary? Does a somewhat dirty bore affect the pattern of a shotgun to any extent?

Good question. Rifle shooters can tell you that the cleanliness of the bore affects accuracy, but what about shotguns? My dad, who hated cleaning guns—an attitude he may have come by honestly after his time in the Army as a BAR gunner—insisted shotguns patterned better when the bore was dirty, but I suspect that was a rationalization for putting them away uncleaned.

I put the question to Clark Bush, one of my favorite shotgun gurus. Clark and his wife Doris compete very successfully in the National Wild Turkey Federation’s Still-Target competition (six championships and six world records between the two of them). Still-Target is a test of shooting skill, endurance—you shoot turkey loads all day—and the patterning ability of a gun, choke, and load. The goal is to put as many pellets in a 3-inch circle at 40 yards as possible, and still-target shooters have to be fanatical about equipment to win.

The short answer is “yes.” A dirty bore can affect patterns.

The long answer is somewhat involved. Bush says it varies from gun to gun. Some like to be squeaky-clean, some shoot best when they are slightly fouled, and others need to be filthy dirty to perform at their best. Says Bush: “At still target shoots, most shooters are very aware of how many shots they’ve fired between cleanings. Some will clean after every shot and some after every third or fourth shot. Doris has a gun that gets better and better until the twelfth shot, then the patterns fall apart. The ammo used can also influence when you clean the bore. It’s really all about knowing your gun.” The only way to find out what your shotgun likes best is to start by deep cleaning it, according to Bush. You get a brush soaking wet with Hoppe’s #9, scrub hard for four or five minutes, let the barrel sit, wet, for ten or fifteen minutes, then scrub some more, then run patches through until one comes out clean.

Then you go to the range and shoot patterns. “At some point your patterns will improve or degrade, and the you know exactly what your gun likes,” he says. Clark doesn’t say this, but since there’s variation from shell to shell, I imagine you’d have to repeat the whole process, say, five times to get a clear idea how dirty your gun needs to be to pattern best.

So, if you really want to know, that’s what you have to do. If I wanted to win at Still-Target, I’d do all this testing myself but since cleaning your gun every time you shoot it in the field isn’t practical (although I did once meet a pair of goose hunters who did just that) I’m going to clean my gun at the end of the day. You can use this answer to justify cleaning your gun always, sometimes, or never, depending on your preference.