Red Dots for Shotguns, Part I

I get letters from readers. Here is an excerpt from a note from David: “Of the advice that you have... 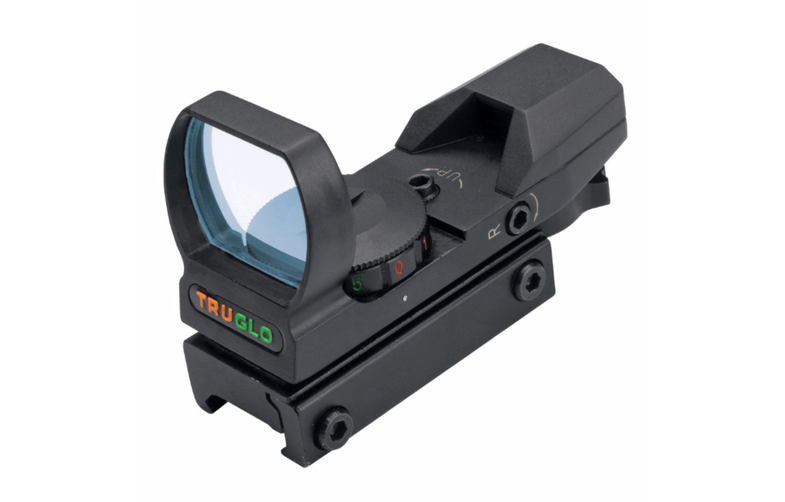 I get letters from readers. Here is an excerpt from a note from David:

“Of the advice that you have given regarding turkey hunting equipment, the red dot is by far the best thing that you have suggested. Keep pushing new hunters to get one. They are cheap, I bought mine for $50, and it did more to help get me a bird than any other $50 item I could buy. Keep up the great writing!*”

I believe in optics on turkey guns. Or to put it another way, I seem to need optics on turkey guns. After a spate of misses earlier in my turkey hunting life, I mounted scopes and red dots on my guns, and I haven’t missed a turkey in (knock on wood) about ten years, I think. These days, my guns have red dots. I have shot turkeys with Aimpoints, Burris FastFires, Meopta Meosights, Truglos, and the Zeiss Z-point, as well as one or two others whose brand names escape me.

It is not news to say red dots are here. In the military, they have pretty much replaced open sights. I recently asked a young National Guardsman fresh out of basic training if he had shot iron sighted rifles at the range. “Not anymore,” he said, “we used the [Aimpoint] M68 CCO on all our rifles. The old school guys aren’t happy about it.”

Red dot sights keep getting better. They used to suffer from short battery life, and they lacked the idiot-proofing of modern dots sights, many of which have sleep functions to preserve batteries in case you forget to turn them off. They are tough, too, and the good ones can take a lot of abuse. I will confess to having destroyed an Aimpoint sight by freezing it in water overnight then knocking it out of the ice with a hammer. I had seen Youtube videos of people performing similar torture tests, but I must have been overly enthusiastic. So, it is hard, but not totally impossible, to break one.

Turkey guns and sights don’t have to deal with that much abuse, and if you can manage the shorter battery life and perhaps not quite as clear a view of the target, you can indeed put a $50 red dot on a gun and be totally happy with it. Several years ago I took a cheap red dot that came on a turkey gun I acquired and gave it to a friend because he wanted one and I am a red dot snob. He stuck it on an 870 youth Express and killed a pile of turkeys with it.

It stands to reason, too, that if the military calls red dots “close combat optics” they must offer lightning fast target acquisition, and they do. It’s a simple point and click interface. We don’t have to shoot turkeys nearly as quickly, nor under as much stress, as soldiers and Marines do in firefights and red dots can deal with any kind of sneaking, walking, or even running turkey if need be. You can shoot them with both eyes open, too. Their only drawback compared to a scope is that they don’t give you quite as clear a view of the target as, say, a 1.5x scope, but they are lighter and more compact.

*I know, “Keep up the great writing!” contributes nothing to a discussion about red dot sights, but this is my excerpt and I’m leaving it in.