Last autumn, I wrote about a new line of hunting ammunition introduced by Browning. It’s made in loadings for big... 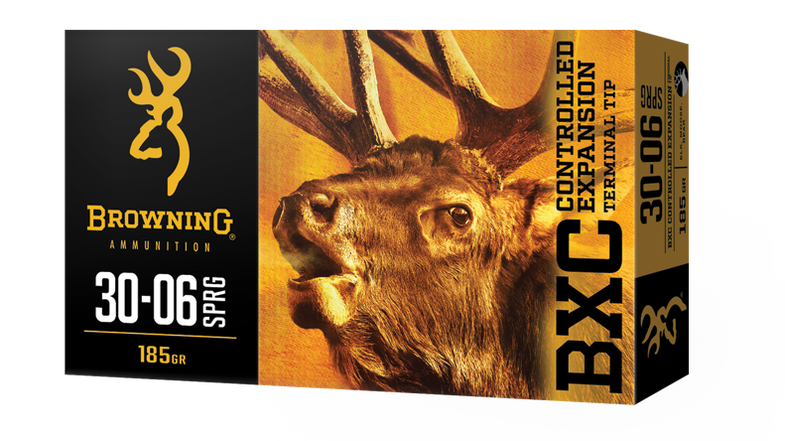 Last autumn, I wrote about a new line of hunting ammunition introduced by Browning. It’s made in loadings for big game, deer, and predators. As part of the introduction I, and various other gun-writing types, were taken to Wyoming where we shot numerous whitetail deer, and the buck I killed was not only killed by a 134-grain .270 BXR bullet, but bashed flat.

I shot, but did not report on the Browning Big Game ammo which is called Browning Controlled Expansion Terminal Tip, or BXC for short. This ammunition is intended for big critters such as elk, moose, and bear, and is loaded with a bonded-core bullet capped with an attractive hardened-aluminum tip. It comes in several calibers, but I shot the .30/06 ammo, with 185-grain bullets.

The tests results were mixed. I started by trying the BXCs on my old pal the Ballistic Buffalo, a hellish combination of wet newspaper, soaked plywood, and truck innertube that I shoot into to see how slugs expand and penetrate, and how much weight they retain.

I’ve been shooting into the B.B. since the early 1980s, and have developed a feeling for how much paper, plywood, and innertube I need to stop a slug. A typical .30-caliber big-game bullet needs about 2 feet of baled up New York Times.

The BXCs fooled me, however. I badly underestimated their fearsome power of penetration. They went through the Ballistic Buffalo, through the heavy post that was propping it up, and into the sandbank behind. To paraphrase Ernest Hemingway, this is a bullet with great and terrible qualities.

However, when it came to accuracy, the BXCs did not fare so well. I shot them in my Kenny Jarrett .30/06, a gun filled with years and honors and on its second barrel, and a Montana X-2, much newer, but also very accurate, and I got groups of around 2 inches. Once upon a time I would have said fine, let’s go hunting, but in this era of exalted accuracy standards I was given pause, so I didn’t write about them.

Instead I asked Browning for some BXC bullets by themselves so I could handload them, and lo and behold, a year and change later, I got them, and shot them.

Through the magic of handloading, I found that they group perfectly fine. I shot them in the Montana X-2 and came up with groups that averaged 1.27-inch, which is more than good enough for what they’re designed for.

The folks at Browning tell me that, in their tests, weight retention ranged from 75 to 85 percent, which is very good, and which I think is a bit conservative. Based on what I saw, I wouldn’t be surprised to see the occasional 90 percent in there.

Right now Browning Big Game ammo is loaded for .270, .300 WSM, 7mm Remington Magnum, .30/06, .300 Win Mag, and .308. If you hunt large creatures with one of these cartridges, it’s worth seeing if the BXCs will shoot in your rifle. They’re exceptional performers. Browningammo.com