Review: ‘Bushcraft 101—a Field Guide to the Art of Wilderness Survival,’ by Dave Canterbury

Bushcraft is now trendy. I believe the word was codified by Mors Kochanski, the Canadian outdoorsman whose book of that... 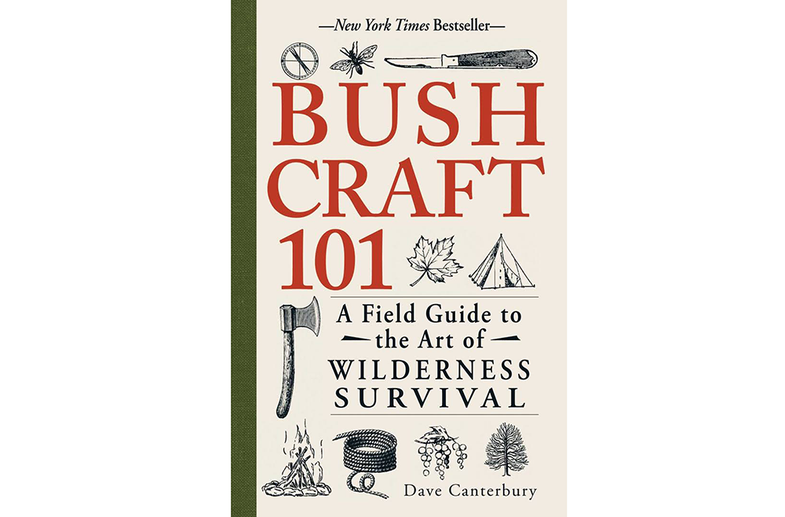 Bushcraft 101—a Field Guide to the Art of Wilderness Survival, by Dave Canterbury. Barnes & Nobel
SHARE

Bushcraft is now trendy. I believe the word was codified by Mors Kochanski, the Canadian outdoorsman whose book of that title is still the definitive work on the subject. As I understand it, bushcraft means survival with an absolute minimum of gear, taking advantage of what nature makes available.

We can all use a little bushcraft, and I’ve just finished reading Bushcraft 101, written by one Dave Canterbury, who runs a survival school and is a former (?) television personality. Mr. Canterbury has a couple of things going for him. First, he not a Navy SEAL. There are so many books, movies, and instructional videos with the SEAL imprimatur on them that you wonder how our operators find time to slit throats, gouge eyeballs, and blow up stuff. Dave Canterbury is a former soldier and military policeman. He also knows his stuff and is a good, clear writer. What Mr. Canterbury has done is offer up a whole bunch of useful information, tips, and advice that will certainly come in very handy if you muck about in the outdoors.

He thinks in systems (never carry anything unless it will perform at least three functions), knows about stuff that I never heard of, and has tips that make great sense (If you don’t want to whack yourself in the foot with your axe when you split wood, split wood while you kneel). His attitude toward firemaking caused me to shout huzzah, which frightened the cat. Making a blaze is very difficult to do with only natural materials, Canterbury states, so use what’s easiest and most effective, which is a BIC lighter. Why a BIC? Because the refillable ones leak, and are too fragile, so get three BICs, not imitations, and keep one in your shirt pocket and the other two someplace where they won’t get lost.

The chapter on knife sharpening is worth the price of the book by itself. “Sharpen your knife once and hone it forever,” he quotes early on, which is exactly what I do. Water is better than oil on a whetsone, which I did not know. If you oil a whetstone, you can never use anything else, ditto. Multi-tools are great except as knives, which I might argue with, except read his case.

I note that the folding knife on the cover is upside-down. I’m sure this was the intent of the art director who thought it looked better that way. It’s nice to see that art directors still have doo-doo for brains; I find that reassuring.

And: In the course of researching this post, I came across Self Reliance Outfitters, a purveyor of unspeakably cool minimalist equipment, including survival gear, hunting gear, packs and bags, cutting tools (including some very practical and very affordable custom knives) outdoor cooking, survival training and survival guides. For example, have you ever heard of mule tape? I hadn’t. It’s made of polyester, doesn’t unravel, doesn’t cost much, and has a breaking strength of 1,800 pounds as opposed to the 550 pounds of parachute cord. I have no intention of taping a mule*, but I don’t see how I can live without it.

*Mark Twain said of the beast, “A mule will labor joyfully for you for twenty years in the hope of landing one solid kick.”