Some hunting and shooting gear you should avoid 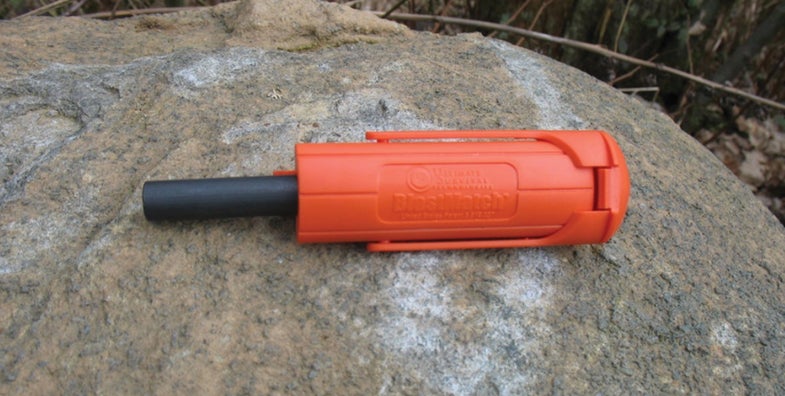 Unlike a lot of survival gear, the BlastMatch is no gimmick. Even the most inept user can conjure up a storm of white-hot sparks with it. From amazon.com
SHARE

ChevJames asked me (see comments in link) to write about gimmicks. Gimmicks are invented by well-meaning people who want to make a buck and think they see a genuine need in the wonderful world of hunting and shooting, or by money-grubbers who simply want to make a buck. In either case, what they turn out is of little or no value, except to their deposits in offshore banks.

ChevJames cited the see-under scope mount. This is an abomination of surpassing worthlessness that I have beaten up before, and that seems to be vanishing, so let us draw the curtain on it.

Here are some others:

I’ve used a number of environmentally friendly, pleasant-smelling gun-cleaning products. None of them worked nearly as well as Shooter’s Choice, or Butch’s, both of which are no delight to the nose and would probably kill your ficus tree if you poured a bottle in the pot. Look at it this way: I’ve been driving since 1958. How much gasoline have I burned? How much has that affected the planet? How much powder solvent have I used since 1958? How much has that affected the planet?

Then there’s the little slide on the underside of my SIG Sauer stock. When you push it forward, it exposes an attachment for a sling, or for a Picatinny rail, or God knows what. The problem is, it sometimes slides forward when it feels the urge, and you’ll be blasting away and suddenly there’s a chunk of your stock lying on your shooting mat. Who needs this? I got out the glue and now it doesn’t go anywhere, with permission or without.

Headlamps are extremely useful. But the people who design these things are compelled to make something that’s simple in principle as hard to operate as possible. It should be a matter of high beam, low beam, off. But instead you get color options, blinking to frighten off werewolves, S.O.S. code, and Sirius Radio. When it’s 4:30 in the morning and you’re still half asleep, it’s dispiriting to know that it will take 15 minutes to turn your headlamp on, and by that time you won’t need it because the sun will be coming up.

Devices that tell you, when you’re mounting a scope, if your vertical crosshair is vertical or tilted. You can spend the money on one of these or you can take the rifle down from your shoulder, hold it away from you, and see if the crosshair is tilted.

The same goes for boresighters. You can fool with one of them or you can go to the range, set up at 25 yards, and fire a shot. You’ll probably be on the paper, and you can take it from there.

Bore guides. You can buy a bore guide, or you can use a good rod and not bend it, and don’t let it grind against the bore, and you won’t need a bore guide.

Cartridge loops on slings are fine if you don’t mind seeing your ammo vanish, or find it’s covered in ice.

Gimmicks make money for other people, but they don’t make your life easier.