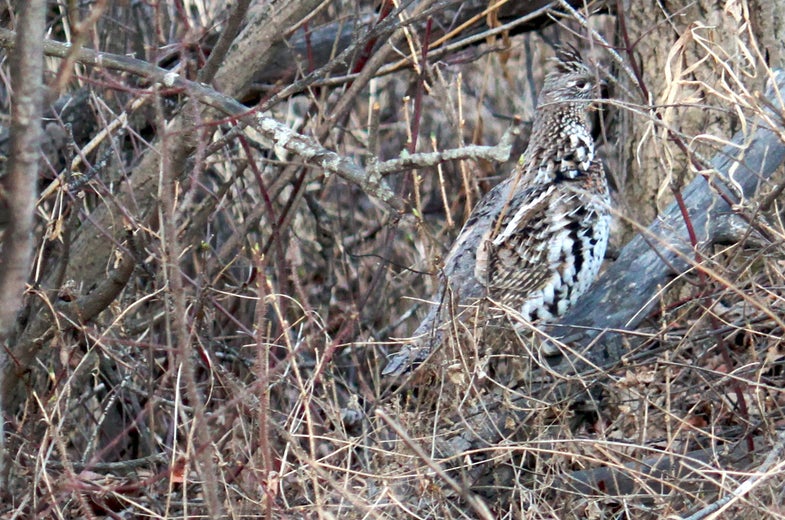 “No one ever wishes they bought a gun with a shorter barrel.” That’s my usual advice when people ask which barrel length they should choose. And, notwithstanding the fact that I missed my best chance at a ruffed grouse in Minnesota last month when I swung my 28-inch-barreled gun into a tree, I am standing by that answer.

It’s rarely those last 2 inches of barrel that cause the problem. When I have run afoul of branches in the brush, I’ve hit the limb somewhere close to what would be the sweet spot if I were swinging a baseball bat at birds instead of shooting at them.

You could argue then that a gun cut down to the legal minimum would be the best choice. If you want to take that argument to the absurd extreme, a Taurus Judge .410 revolver becomes the ideal grouse gun. My SKB 100 with 25 inch barrels was a very compact gun, but I couldn’t hit anything but a straightaway woodcock with it. Personally I’d rather hunt with a gun I know I can hit with and take my chances with the brush.

Springerman3, who often chimes in here, spends more time prowling the bushes for grouse than I do. I put the barrel length question to him. He said “Funny you should ask. My normal grouse gun has 26-inch barrels, but I took my 28-inch o/u into the woods last time. In heavy cover, I felt it was a little harder to move the gun without hitting branches. You don’t need those 2 extra inches of barrel.”

The one place I will insist on having a short gun is the turkey woods, not so much for when I am sitting down and waiting on a bird but for walking through the woods with the gun slung. The longer the barrel, the more branches it hits. When I used to hunt with a muzzleloader, it drove me nuts because the trees would frequently pluck the ramrod out of the gun.