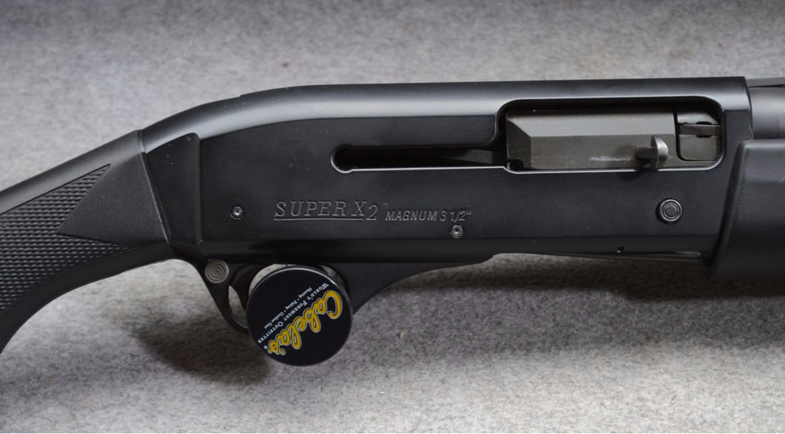 In the past, I haven’t had many good things to say about the 3 ½ 12 gauge. The increase in recoil, to my mind, didn’t justify the increase in performance over the 3-inch 12. This season my views shifted a little. The problem with 3 ½ shells isn’t the shells, it’s the guns we shoot them out of.

The problem with the 3 ½-inch 12 is that hunters want lighter and lighter guns, or maybe the industry makes lighter guns and convinces us that’s what we want (3 ½-inch shells and light guns for turkey hunting are an argument for another time). Three and a half inch shells fired from light guns, especially light fixed-breech and inertia guns, kick hard. Heavy guns don’t recoil as hard. It’s physics.

But, try telling that to the goose hunter I talked to a little while ago. He asked me what he could do about the way the trigger guard of his Super Vinci bruised his middle finger every time he set it off.

“Why don’t you stop shooting 3 ½-inch shells?” I asked him. He looked at me as if I had suggested he wear blaze orange coveralls and a propeller beanie to hunt geese.

“Maybe you should try a heavy gas gun,” I suggested, but no, he liked his Super Vinci too much. It was light.

Having picked on the Super Vinci here, I’ll say the worst I’ve been kicked in a long time was when I shot a 3 ½-inch, 6 ¾-pound inertia operated Browning A5 on the Gun Nuts TV show. I loaded it with Federal’s hot 3 ½-inch, 1 ½-ounce 1450 fps loads and tried to shoot an easy triple with it. I tried it several times. It was no problem with target loads, but with 3 1/2s I could break the first two, but I could never recover from the recoil of the first two shots in time to shoot the third before it hit the ground. We filmed the segment in slow motion, and my face goes all rubbery and looks a little like those pictures you see of boxers taken at the instant they get punched in the jaw.

So the 3 ½-inch 12 has been pretty much dead to me, until this year when I picked up a 2003-vintage Winchester Super X2. It weighs 8 ¼ pounds, has a gas operated action, a Decelerator pad, all of which mitigate recoil. When fed comparatively mild (low velocity, higher payload) 3 ½-inch shells, it doesn’t recoil painfully, especially as most of my goose hunting occurs when I am bundled up like the Michelin Man. (The Remington VersaMax is another I’d consider if I wanted a dedicated 3 ½-inch goose gun). Shooting the X3 and 3 1/2s was a whole new experience. I could empty it and hit what I was shooting at with my third shot. That said, I’m not sure the extra pellets I sent downrange this season resulted in any more dead geese than usual, but at least the 3 1/2 hits them harder than it hits me now that I’ve got the right gun.