Should You Take a Shot at a Strutting Turkey? 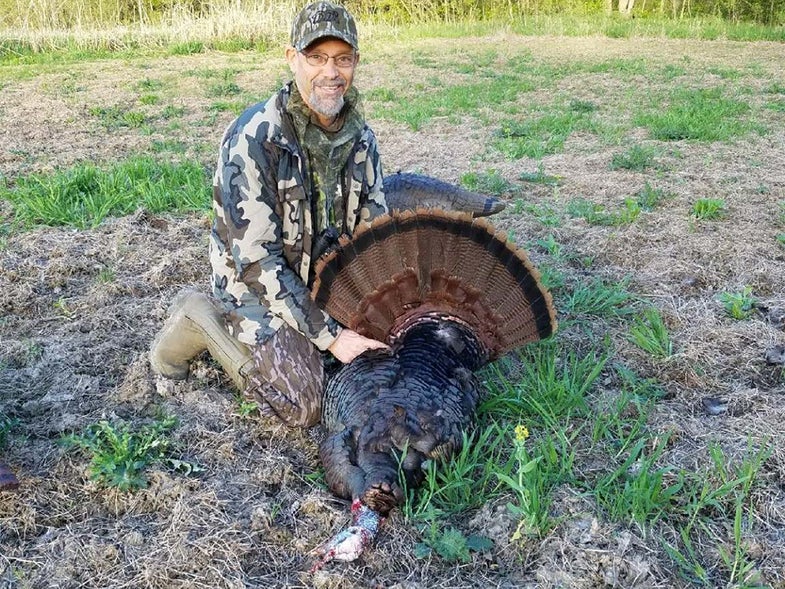 This turkey was strutting when the author shot—and didn't flop once afterward. Phil Bourjaily
SHARE

When I started turkey hunting, one of the ironclad rules was that you should never shoot at a gobbler in strut. The rationale was that because the neck was compressed, the vital target was too small, and a strutting turkey was therefore bulletproof. The rule doesn’t seem so ironclad anymore. I watched a video the other day when some pro hunter was laying out strutting toms as if that’s the only way to shoot a turkey. Personally, I have shot three turkeys in strut over the years and never had a problem.

The bird in this picture is the latest. He ran in from behind us to a confront a jake decoy, and when he turned sideways—actually, almost slightly quartering away—I took the shot. There was a cloud of neck feathers, and the turkey fell down and never flopped at all. No pellets hit the meat, and I was pleased to see I hadn’t perforated my host’s jake decoy, either. The vital zone doesn’t shrink when a turkey stands sideways; it just changes shape from “I” to “S,” although you do have less margin for errors in elevation.

Turkeys haven’t changed, but chokes and loads have, and modern turkey chokes and ammo like Long Beard and Federal TSS shoot patterns that are so dense you can rely on them to saturate a turkey’s head and neck no matter what the bird is doing.

A couple of years ago, I shot a strutting gobbler that was also turned in profile. That day I was shooting Winchester Long Beard 5s, and even at 35 yards there must have been a dozen pellets in the head. I’ll admit to making that shot by mistake. I had not intended to shoot a strutter that far away, and I put the red dot just below the head, then putted to make the turkey stick his neck up. Apparently, I can’t putt without twitching my trigger finger.

A strutting turkey head on is a slightly different case. Then there is less neck to shoot at, since from that angle it’s folded back on itself. And, there’s a possibility of blasting the fan. I did once shoot a Rio Grande gobbler in full strut as it came at me. There were two birds coming side by side together, and I wanted to make sure I didn’t kill a second birds with a stray pellet, so I let then come close and shot at about 20 yards where I knew the pattern would be small. Because that pattern was the size of a grapefruit, it all hit the head, and I don’t remember much in the way of meat or fan damage with that bird. That day I was shooting a Benelli with a turkey choke and Federal’s old 3-inch premium load of 5s, which was the bees knees back in 2000 or so.

Is it better to shoot at a turkey when he stretches his head up? Yes, it’s a better shot, and the shot we’d prefer to take. But, if you can’t make him stick his head up and he’s not too far away, you can kill him anyway. Inside 25 yards, I don’t think it makes a difference any more if a bird is strutting or not.