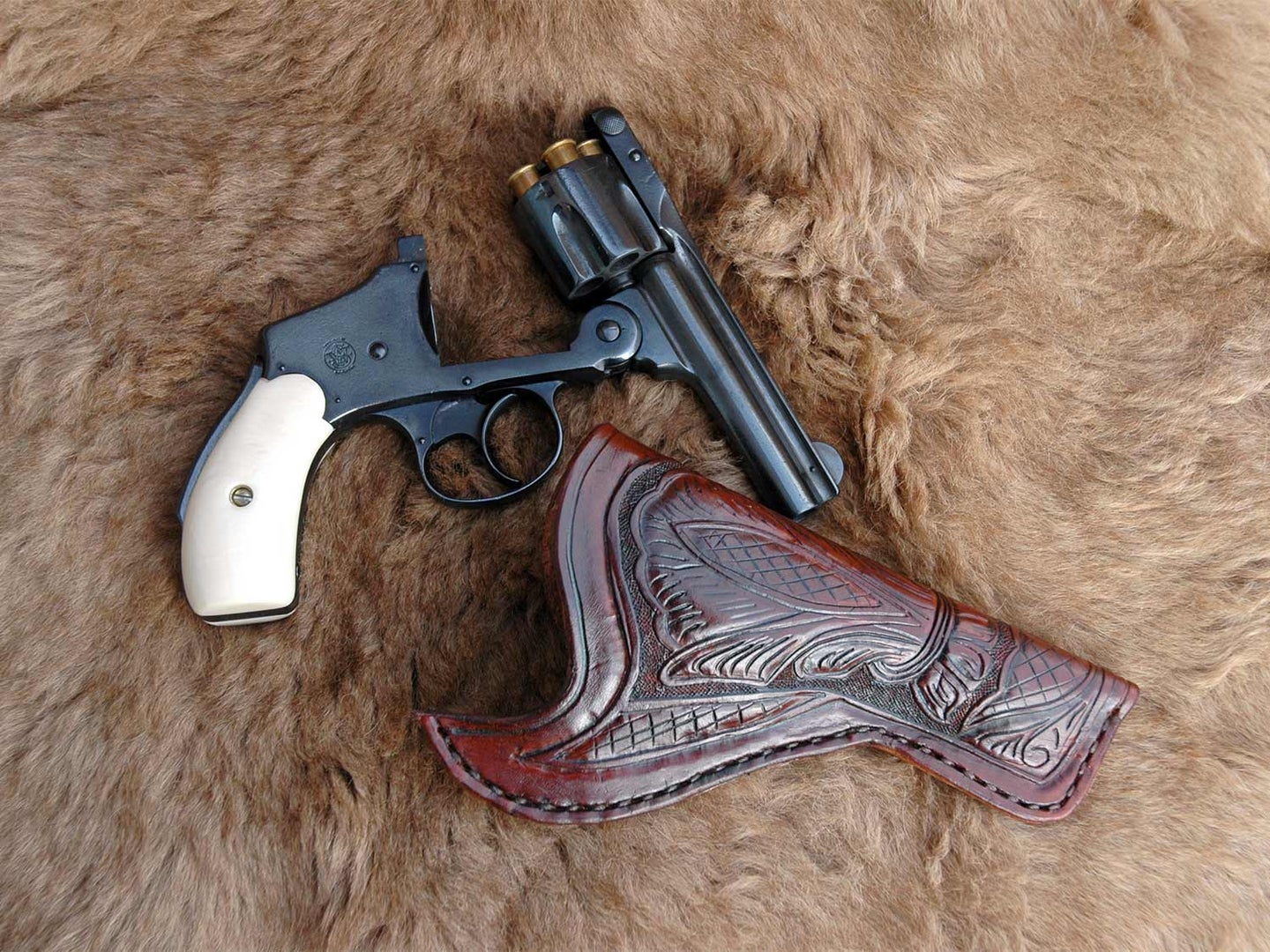 Some Blast from the Past submissions are so perfect all I have to do is shut up and get out of the way. Today’s is such a post. Thanks very much to New River Valley Outdoorsman for this fine entry:

This Smith & Wesson safety hammerless revolver was officially titled the New Departure—but was universally dubbed the Lemon Squeezer, from the grip safety in the back strap. This little top-break revolver couldn’t be fired unless firmly gripped and the safety lever was depressed—an unusual feature for its era, hence the name New Departure. Smith & Wesson touted features, such as the gun’s concealability, its smooth lines that made the gun easy to draw from a pocket, and that it was “nearly impossible” for a child to fire because you had to depress the safety and pull the rather stiff trigger simultaneously. The New Departure went through several model changes in its long life: This one is a fourth model, made in 1903. It has been fitted with custom grips of faux ivory, replacing the normal hard rubber grips that were prone to chipping.

Many New Departures were chambered for the .32 S&W Long, but this one is chambered for .38 S&W, a caliber introduced in 1887 and still in production. Though the gun’s use has waned in the U.S., it remains immensely popular worldwide and virtually every European revolver maker has brought out a gun in this caliber. The British Army added a heavier (200-grain) bullet and dubbed it the.380/200, which they chambered in the Webley and Enfield No. 2 military revolvers issued to their armed forces from 1930 to 1957. Some British police units still use it. American-made factory ammunition is pretty wimpy stuff, mimicking the original black powder load, because of all the lesser-quality guns chambered in this enormously popular round. Handloading makes it easy to replicate the .38 S&W performance of the .380 ACP, and to lap at the lower fringe of the .38 Special’s range.

The Lemon Squeezer was a cash cow for S&W, selling steadily from its introduction in 1889 until production ceased in 1941. I’ve carried this little gun from time to time and can attest that it was—and still is—ideal for concealed carry: compact, reliable, easily reloaded, and respectably powerful. By the standards of 1903, it was considered quite adequate for self-defense. Hundreds of thousands of New Departures were made and they’re still readily found in good condition. S&W made quality products, much better than the guns turned out by other makers such as H&R and Iver Johnson.