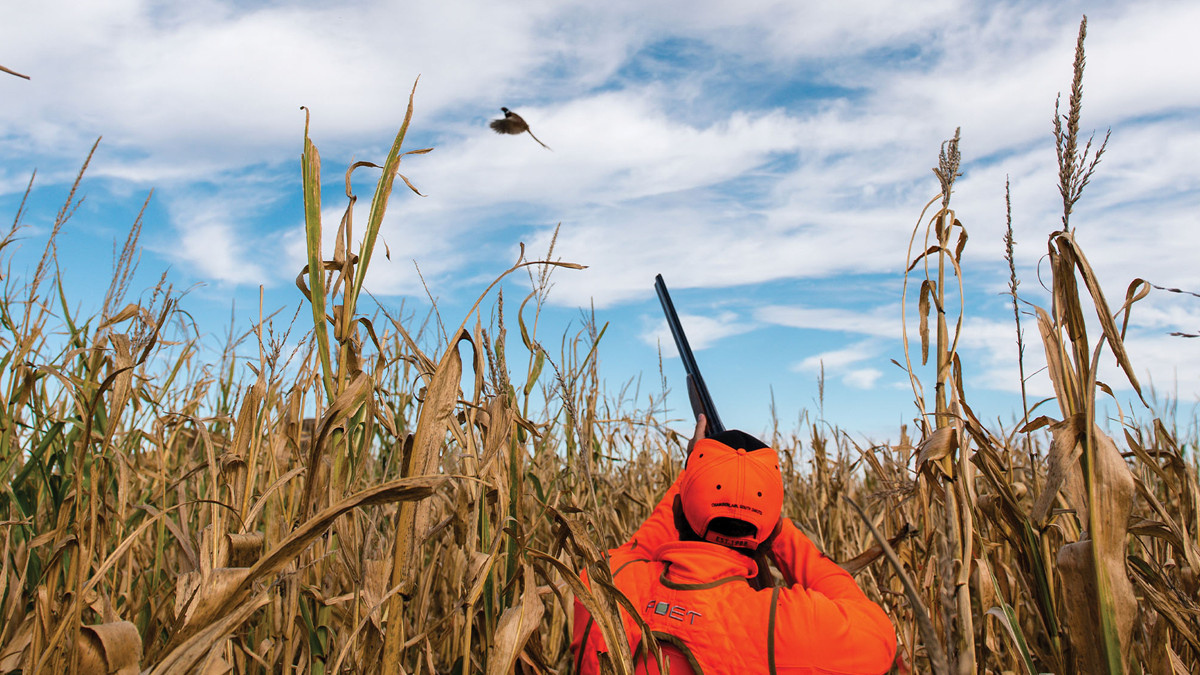 If you’re a hunter who lives for those glorious fall days when the crisp air insistently says “pheasant time,” there is no better place to be than South Dakota. It’s where American wingshooters can experience a bit of heaven on earth. The Mount Rushmore State remains a world-class destination for pheasants—and rightfully so: the average annual pheasant harvest during the past 10 years is 1.2 million roosters!

Because the state knows how important pheasants are to its economy (the ringneck pheasant is, after all, the official state bird), it makes sure that visiting hunters have abundant access to public land. South Dakota also has readily accessible state-leased private land in which to enjoy your sport. These public lands include a variety of classic pheasant terrain, from rolling bluffs on the river, to wild grasslands, and even sloughs and rushes where hunters will enjoy non-fee hunting (a hunting license is all that’s required) on these public lands.

The state has also created several programs designed to give hunters access to private land. Walk-In Areas (WIA) are privately owned lands, operating as working farms and ranches, that are leased for public hunting access by the South Dakota Department of Game, Fish and Parks. No further permission from landowners is needed to hunt these areas.

Conservation Reserve Enhancement Program (CREP) areas are open year-round to public hunting. CREP lands are owned by private individuals who have enrolled them in the Conservation Reserve Program (CRP) and signed a lease agreement with South Dakota Department of Game, Fish and Parks to provide public hunting. Right now, there are 74,000 CREP acres in the James River Valley. Currently, there are 445 cooperators in the program. CREP is a tremendous pheasant hunting opportunity.

The best way to locate these hunting areas is to obtain a copy of the South Dakota Public Hunting Atlas, which is printed annually in early August. This hunting guide lists all lands open to public access (federal) and state-owned lands as well as private land leased for public hunting access. It’s an invaluable guide, so don’t leave home without it. You can also always find the most updated information in the online Public Hunting Atlas as well.

The state is also home to a multitude of outfitters and guiding services. Here, hunters can opt for self-guided or fully guided hunts. Out-of-state hunters will find a hunt can be tailored for nearly every budget, another reason so many families and friends band together in the fall to enjoy the rolling prairies and croplands that create ideal pheasant-holding cover.

I’ve hunted pheasants in South Dakota three times in the past ten years, and it is by far the best pheasant hunting I have ever enjoyed. Imagine walking down a half-mile-long corn row, dogs out in front, tails high, on the track of running birds out in front of you. The dog handlers are calling to their charges, and the line of hunters walk in step, keenly anticipating the noisy flush of a pheasant. The bird’s raucous cackle is definitely music to your ears. When you get to the end of the row, the birds see the blockers. They now know they have to take to the air. That’s when it all breaks loose with birds erupting upward and outward like a Fourth of July roman candle. It’s an incredible sight.

On another hunt I waded through thick grassland cover. This is a wholly different experience than walking down a corn row. You’ll never know what you’ll bump in the waist-high grass, like the huge bedded-down buck that bounded up just in front of me. It took my breath away.

To add to the adventure, hunting this terrain is really a game of hide-and-seek because you can’t track a running rooster on the ground. Some birds will sit tight as you pass by, only to erupt behind you. At other times they suddenly bolt upward out in front, seemingly out of nowhere. Such behavior will certainly keep you on your toes.