Whether you’re new to airguns or an old hand, Pyramyd has gifts just right for your friends and family. 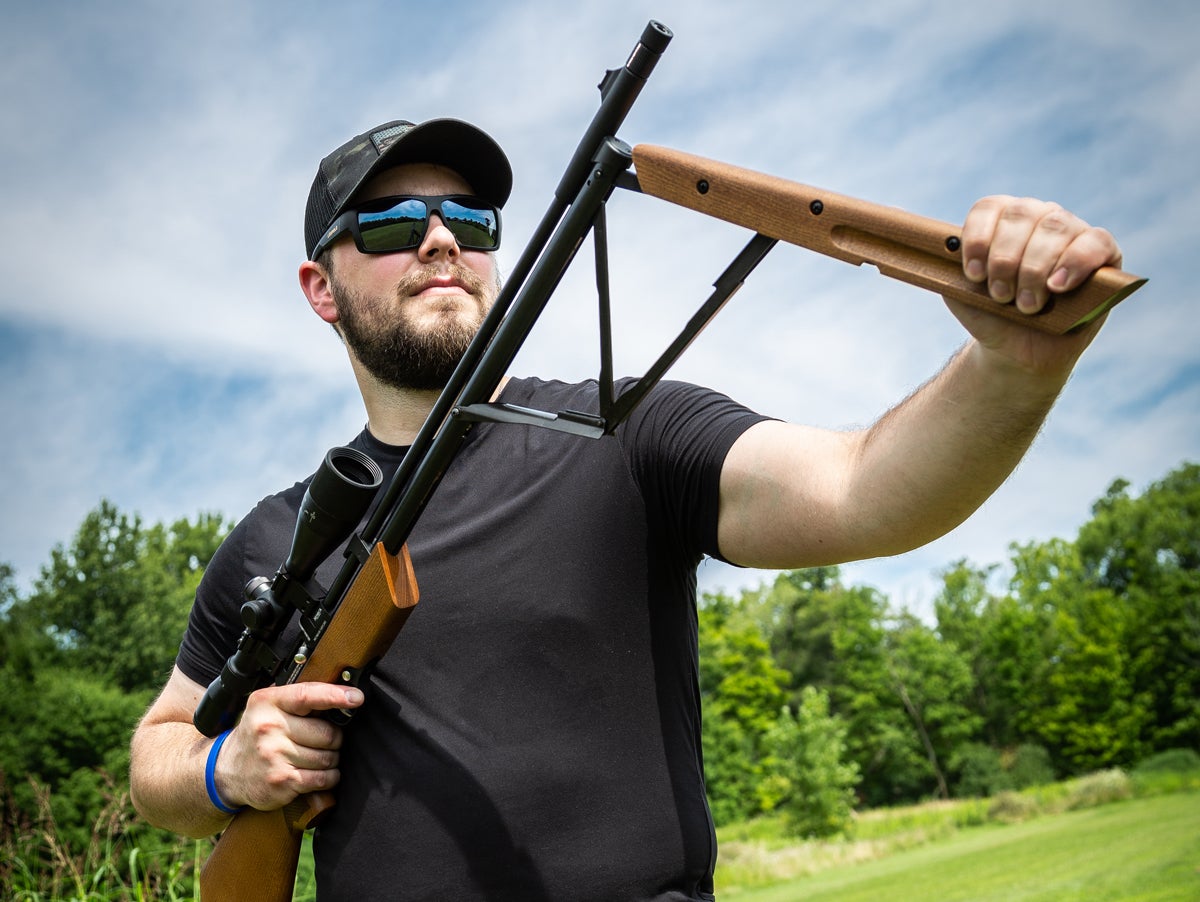 The holidays are almost here and Pyramyd Air has you covered! Whether you’re shopping for family or friends—and no matter what your budget—Pyramyd Air has presents that are certain to please. By the way, THEY GET IT! You expect excellent customer service and Pyramyd Air makes your buying experience seamless. Before you shop anywhere else, read their reviews to see how they rate. There’s a reason they’re proud of their customer service!

If you’re new to air-powered guns, start with Pyramyd Air’s 2022 Holiday Gift Guide and shop by game, interest or budget.

If you’re already leaning towards a BB gun, there are two things you should know. One is that BB guns are not toys. The other is that they are the ideal introduction to the shooting sports.

If pellet guns are on your list, shop the widest selection in the industry, from low-powered pistols to high-powered rifles.

Think of this pistol as the Granddaddy of Them All. After more than 110 years, the 1911 .45 Automatic Colt Pistol is still the standard by which other gunpowder pistols are judged. And this .177cal BB pistol is as close to the real thing as it gets. Start with how it feels in the hand. At 2 lbs., it has the heft of the real thing. The single-action trigger feels just right. The grip safety isn’t just for show. The same goes for all the critical details—from the slide lock to the thumb safety to the magazine release. Even better, it produces recoil reminiscent of the real thing. And when you’ve fired off the last shot in the magazine, the slide locks back. It’s great for plinking or as a trainer for the gunpowder-activated 1911 .45 ACP.

This CO2-powered, all-metal, semi auto fires 18 shots as fast as you can pull the trigger. Using a 12-gram CO2 cartridge housed in the drop-free metal magazine, it achieves velocities of 320 FPS. You get about 65 shots per fill. The Springfield Armory crest is emblazoned on the faux wood checkered pistol grip and slide.

As World War II approached, the U.S. Army received reports that the full-size M1 Garand rifle was too heavy and cumbersome for support troops to carry. A new, lighter, compact infantry weapon was needed. The answer? The M1 Carbine, the standard firearm for the U.S. military in World War II. And it also saw action in Korea and Vietnam.

The Springfield Armory M1 Carbine .177cal is a faithful replica of the original rifle, down to the armory’s crossed cannons emblem. It has a full metal blowback action, a metal safety and is available in a wood-look synthetic or hardwood stock. The rear sight is windage-adjustable. Using a 12-gram CO2 cartridge, this semi auto features a crisp, two-stage trigger and a 15-round drop-free magazine. It attains velocities of 425 FPS and is good for 40 shots. This iconic American rifle earned its place in history. This faithful replica honors that tradition and is ideal for history buffs and anyone who enjoys shooting.

The Colt Peacemaker SAA (Single Action Army) was the standard-issue pistol of the U.S. Army from 1873 to 1892 and was produced with varying barrel lengths, calibers, grips and finishes. Now you can own a faithful replica of the legendary “Colt Peacemaker,” the gun that wont the West. Lawmen, ranchers and outlaws all appreciated the shootability of this revolver. You will too.

Pyramyd offers the same configurations that Colt did, whether you choose the 7.5” barrel of the original Cavalry version, the 5.5” Artillery model, or the 3.5” Sheriff version. PIck a color and style of hammer, a length and color of barrel and a combination of colors for the grip, cylinder and trigger. The gun arrives ready-to-shoot right out of the box.

Airguns are like cars. It’s what’s under the hood that counts. At first glance, the Seneca Dragonfly Mk2 resembles the older model. But the longer wooden portion on the forearm conceals a patented butterfly high efficiency pump that lowers pumping effort by half. Whereas the older version required increased pumping effort with each stroke, with the Mk2 each stroke is consistent and as easy as the one before. The rifle achieves full-power velocities of 850 FPS in .177cal and 800 FPS in .22cal. The magazine holds 9 rounds of .177 and 7 of .22 pellets.

Be prepared for the looks you’ll get when other shooters see you with the Dragon Claw. From the raised right-hand cheek plate to the hardwood Monte Carlo stock with its checkered forearm and grip, this .50cal is a serious tool made for hunters. Capable of firing both lead projectiles or air bolts, it features dual air chambers for 500cc total air capacity, with a 3,000 mx fill pressure. The built in pressure gauge lets you know precisely how much air remains. In Pyramyd’s tests, the first shot was 669 FPS, the fourth was 681 FPS. Then they switched to low power and slowed things down for 16 more shots. These ranged from 593 FPS to 496 FPS, which brought the tank down to 88 psi. That’s 20 good shots on one fill!

If you’re looking for a lightweight, highly adjustable PCP rifle that’s easy on the wallet, the Avenger is right for you. At just over 6 lbs. without a scope and well-positioned mounting points for swivel studs, it’s a pleasure to carry in the woods. The 11mm dovetail/Weaver combo rail takes most mounts. And the picatinny rail on the fore-end enables the mounting of accessories like bipods, lights and lasers. The smooth sidelever action seamlessly cycles the auto indexing magazines.

The externally adjustable regulator is the heart of the Air Venturi Avenger and works in tandem with the adjustable hammer spring to produce the kind of fine-tuned performance normally found only in air rifles costing hundreds more. Whether you’re a tuner, modder or just want a quality PCP for a fair price, the Avenger fits the bill!