The Long Game: How to Pick the Right Long Range Rifle for You 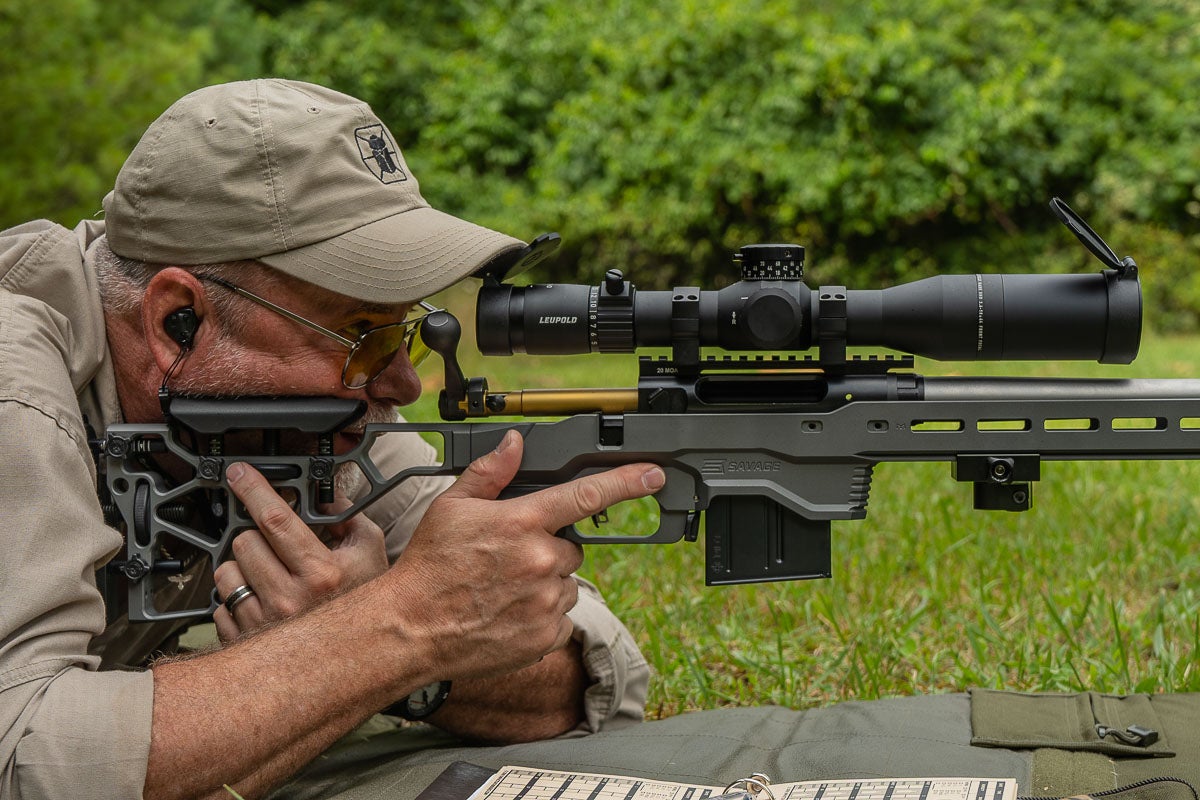 A true long-range rifle has several features to help it—and you—perform better at distance. Stock adjustability is only one. Richard Mann
SHARE

The Long Game is a new series designed to improve your long-range-shooting skills. This story is the fourth installment.

The rifle is essential because it is the foundation of your launch platform and the human interface with the shots you will take. The long-range rifle of today is much improved over what was available even just 10 years ago. Here’s a look at the now expected features of the modern long-range rifle:

An adjustable stock makes refining shooter interface easier. A long-range rifle should have a stock that’s adjustable for length of pull to allow you to feel comfortable behind the rifle with perfection of access to the trigger and riflescope. It should also have an adjustable comb height because it’s critical that you can rest your face on the comb, while establishing a good cheek weld, so that your eye perfectly aligns with the center of the riflescope. These features can be had on quality synthetic stocks, but the rising trend is chassis style riles because of their modularity and the ease of incorporating these adjustment features.

Grip is critical, too. Most sporting rifles have a swept grip to better facilitate fast-action, off-hand, or intermediate-positional shooting. With a long-range rifle, you’ll most often be working from the prone position where a vertical, or near vertical grip, is more comfortable and more conducive to consistent hand placement and trigger press.

The trigger must be excellent; there is no wiggle room here. Creep-free movement with a clean and consistent break, and minimal overtravel, is a must. Because the trigger is the most important part of the shooter interface, it should also be adjustable.

Because a great deal of precision long-range rifle shooting is conducted from the prone, and because you want to load multiple rounds at once as opposed to feeding single cartridges through the ejection port, a rifle that feeds from a detachable magazine is generally preferred. Ideally it will feed from common magazine, such as the AICS style, as opposed to a proprietary system. But it should also permit feeding single cartridges through the ejection port on top of an empty magazine.

You’ll also need a bipod, and it will work best with a forend that has an accessory rail with ample mounting space. Though the ARCA rail is becoming very popular and is maybe the best, most versatile option, Picatinny, M-Lok, K-Mod, and UIT rails are all acceptable. Also, because you may be shooting from bags, a flat forend is more desirable than one that is radiused.

Long-range precision rifles should have heavy barrels because heavy barrels heat up slower and vibrate less than skinny barrels. Vibrating barrels inhibit precision and complicate load selection. Length is not that critical but longer barrels help you maximize the velocity of the cartridge you’re shooting.

Some long-range precision rifle cartridges can have fierce recoil and muzzle blast. For that reason, a threaded muzzle permitting the attachment of a muzzle brake can be a good idea. It can always be removed if you do not like it or if you want to attach a suppressor. Suppressors have become very popular with long range shooters because of hearing safe operation. They’re not mandatory but greatly enhance the range experience and sometimes the performance of the rifle.

A heavy rifle provides you with a more stable shooting platform, that’s less impacted by recoil, allowing you to shoot more comfortably and recover faster for follow up shots. Conversely, you don’t want a rifle so heavy it needs wheels. Field artillery gunnery and long-range rifle shooting are not the same thing. Remember, you’ll be attaching a riflescope and a bipod that together can weigh as much as four pounds. Generally speaking, a base rifle weight between 10 and 14 pounds is most desirable.

Your rifle should have a suitable twist rate for high-BC bullets. With modern long-range rifles this is generally a given. It should also have a moderately large bolt handle that allows for fast and flawless operation. And, when you cycle the bolt, it should feel butter smooth, not like the gear shift on a 1946 Dodge Power Wagon.

All these features do not come cheap; if you want to play, you’ll have to pay. How much?

Quality long-range precision rifles start at about $1,500. Next to the rifle, the riflescope, which we will cover in Part 5, is the most important piece of gear you’ll choose, and can also be the most expensive.